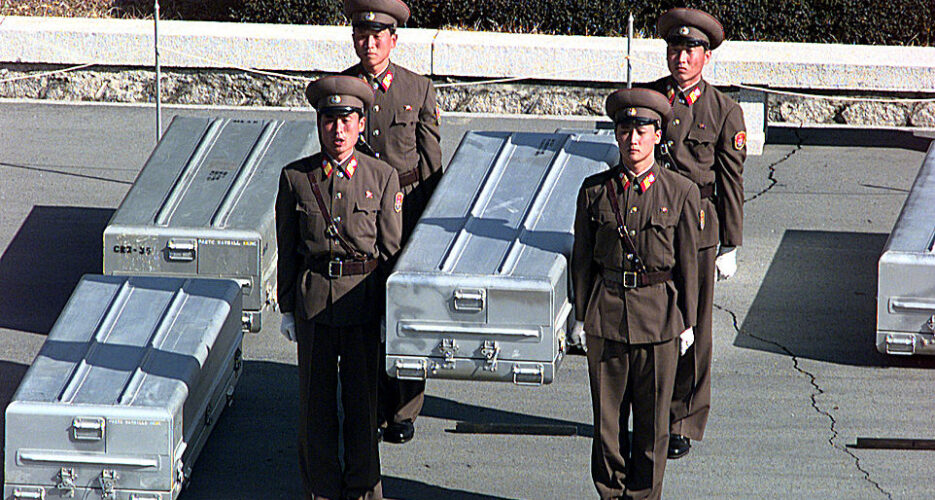 The U.S. is preparing for North Korea to transfer an unspecified number of remains of American soldiers killed during the Korean War within the next couple of weeks, a U.S. military official in Seoul told NK News in a phone interview on Tuesday.

The two sides appear close to starting the transfer process after working-level talks headed by the UN Command (UNC) on Monday, but the military official said the U.S. still requires additional discussions to work out logistical details. The official wished to remain anonymous as, while the efforts are multi-departmental, the U.S. State Department officially has the lead on communications.

The Monday talks were below the General Officer-level talks that took place the previous day, which were the first of their kind between the U.S. and North Korea since 2009.

Items discussed on Monday included “the volume of remains, the method of transportation across the DMZ, and the timing of the movement,” the official said, adding that a “breakthrough” is expected in the next two to three weeks.

The repatriation of remains would provide both sides with their first tangible results since the June 12 summit in Singapore where President Donald Trump and North Korean leader Kim Jong Un signed an agreement promising to address the matter.

The military-focused outlet Stars and Stripes, citing a U.S. official, reported Tuesday that the upcoming transfer would consist of “50 to 55 sets of remains,” but the military official who spoke with NK News said this number was provided by the North Koreans and is difficult to confirm.

“I think part of the challenge on committing to the number of remains is … we don’t exactly know what condition or how many sets of remains we’re dealing with. The North believes they have a number, so we’re going to use that as kind of a planning factor.”

The official added that the U.S. Defense POW/MIA Accounting Agency (DPAA), which is in charge of the investigation process upon receiving the remains, would have to get involved before the U.S. could attach a specific number to the transfer.

When asked how the transfer will occur logistically between the U.S. and North Korea at the Joint Security Area (JSA, also known as Panmunjom), he said the details have yet to be ironed out, and that he expects there will be additional conversations before the first transfers take place.

It was widely reported in June that 100 wooden caskets had been moved to the border area in preparation for the transfers, but the U.S. military official said this was likely a misunderstanding and actually referred to wooden trestles, or stands, upon which the transfer cases would rest.

The U.S. has yet to deliver any cases to the North to store the remains, he added, though he indicated these were ready to go, on standby at the JSA and other locations in South Korea.

“Bottom line is we have done the preparation in terms of cases and trestles to have them in place” when the North Korean side is ready to begin the physical process, he said.

The official told NK News, however, that the issue of whether or not the loading of cases on the North Korean side would be supervised had not yet been resolved.

He added that, based on the mood of talks so far, he expects the North Koreans to adhere to certain protocols which call for the respectful handling of the remains.

The U.S. State Department, following Sunday’s talks, said that the U.S and North Korea had agreed to re-commence field operations to search for the remains of 5,300 American soldiers who did not return home from the Korean War.

The U.S. is preparing for North Korea to transfer an unspecified number of remains of American soldiers killed during the Korean War within the next couple of weeks, a U.S. military official in Seoul told NK News in a phone interview on Tuesday.The two sides appear close to starting the transfer process after working-level talks headed by the UN Command (UNC) on Monday, but the military 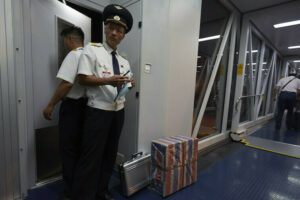