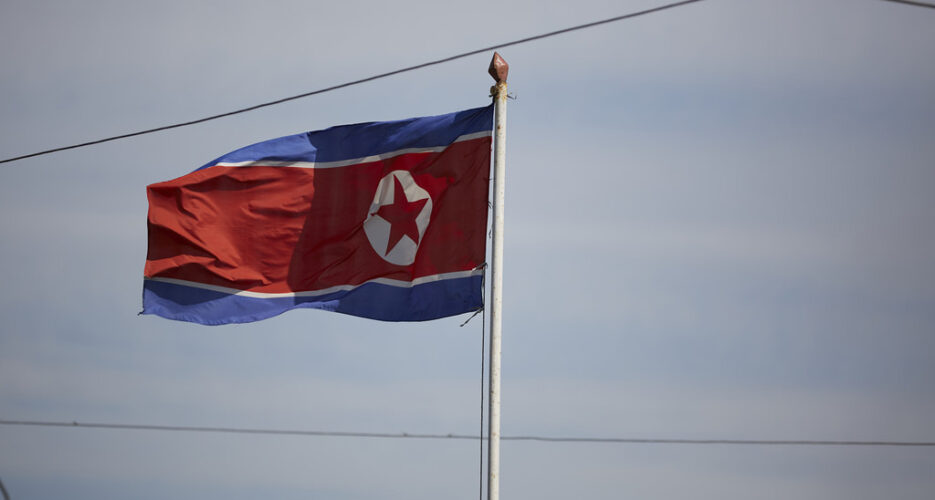 North Korea is getting closer to completely abandoning talks with the U.S. and is increasing its resolve for “payback” against Washington, an official from the country’s Ministry of Foreign Affairs (MFA) said in a statement on Monday.

The comments, credited to an unnamed “director general for negotiations with the U.S.” — an apparently new position — cited recent remarks on DPRK sanctions by Secretary of State Mike Pompeo as the reason for the potential shift.

The North Korean MFA official on Monday contrasted those comments with a letter President Donald Trump sent the previous week to Kim Jong Un offering help on COVID-19 relief, criticizing them as “sudden and outrageous” amid efforts to address the global pandemic.

The statement also echoed one released by Kim’s sister Kim Yo Jong following the delivery of Trump’s letter, again emphasizing that the relationship between Kim Jong Un and Donald Trump alone is not enough to improve bilateral relations.

But it also went a step further, appearing to claim Trump is not opposed to Pompeo but rather part of the same “scheme.”

“The call for dialogue, a scheme of the U.S. President to lure us and earn favorable time and circumstances for himself, has been seriously damaged through [Pompeo’s] ludicrous remarks,” the MFA statement said.

It also claimed the DPRK is now “well accustomed to the U.S. playbook” of attempting to push the “lie of calls for dialogue and close relations of the two leaders,” but did not specify an alternative path for getting talks back on track.

Similar to Kim Jong Un’s New Year’s plenum speech outlining the DPRK’s U.S. policy, this statement, too, may be open to interpretation regarding the North’s future openness to restarting talks, as the language danced around a permanent rejection.

“Hearing Pompeo’s reckless remarks, we dropped the interest in dialogue with further conviction,” it said.

But it also included a harsher threat, saying “[we] have become more zealous for our important planned projects aimed to repay the U.S. with actual horror and unrest for the sufferings it has inflicted upon our people.”

Like many other North Korean statements on the U.S. in recent years, Monday’s also ended with a succinct and conditioned threat that the U.S. will “get hurt if it irritates us” as the DPRK continues “down our own path.”

An article from a writer plugged into DPRK leadership strategy, published by a pro-North Japanese paper last week, however, stressed weapons development as a necessary alternative path.

It also said that dialogue between Washington and Pyongyang “can only be possible under the condition that the U.S. takes an actual measure to completely and irreversibly withdraw hostile policy impeding the DPRK people’s right to life and development.”

Monday’s criticism of Pompeo is just the latest in a string of similarly targeted statements since the two sides entered into negotiations in early 2018, with a top official on U.S. affairs calling last April for the Secretary of State to be removed from his position leading foreign policy on the DPRK.

Last August as well, a similar statement in response to Pompeo said “our expectations for dialogue with the U.S. have been fading gradually” and that “the U.S. had better not try to test our patience any longer with remarks that irritate us if it does not want to make horrendous regrets [afterward].”

U.S. President Trump meanwhile responded last week to a question on Kim Yo Jong’s mixed assessment of his offer for help on COVID-19, saying “if they need help, we’ll give them help” and that “North Korea is going through something,” without elaborating.

Trump has also not offered an opinion on North Korea’s four missile tests this month, which had in years past drawn stronger reaction.

North Korea is getting closer to completely abandoning talks with the U.S. and is increasing its resolve for “payback” against Washington, an official from the country's Ministry of Foreign Affairs (MFA) said in a statement on Monday.

The comments, credited to an unnamed “director general for negotiations with the U.S.” -- an apparently new position -- cited recent remarks on DPRK sanctions by Secretary of State Mike Pompeo as the reason for the potential shift.