Test is second at the Sohae Satellite Launching Ground in the past week and comes as U.S. official set to visit ROK
Colin Zwirko December 14, 2019 A report released by the Korean Central News Agency (KCNA) did not specify what kind of test it was, but said that the “crucial test was successfully conducted … from 22:41 to 22:48 on December 13.”

The seven-minute period of time may be a reference to a DPRK rocket engine test.

The statement, written by a spokesman for the Academy of Defence Science, said it was part of “research successes being registered by us in defence science one after another recently.”

Likely referring to last Saturday’s test at Sohae as well as recent missile tests, these “will be applied to further bolstering up the reliable strategic nuclear deterrent of the Democratic People’s Republic of Korea,” it added.

State media did not release images or further details of the December 7 test at the satellite launching ground either, but independent analysts as well as South Korea’s defense minister determined it was a burn test of a rocket engine.

Friday’s test was attended by members of the Central Committee of the Workers’ Party of Korea, the statement said, though there was no indication of whether leader Kim Jong Un was present.

News of the test comes just hours after the U.S. State Department Tweeted that Special Representative for North Korean issues Stephen Biegun had set off for a trip to South Korea and Japan, to arrive in Seoul on December 15.

“Though there have been growing rumors that Biegun may visit Panmunjom for a meeting with unspecified DPRK counterparts, it appears unlikely at this point that he’ll be able to offer anything that could reverse this rapidly worsening relationship,” he added.

“The very explicit reference to ‘strategic nuclear deterrent’ here tells us which way [North Korea] is going,” said Ankit Panda, an adjunct senior fellow at the Federation of American Scientists.

“If Kim was keeping his options open between a space launch and an ICBM launch, we have a good idea of which direction he’s chosen.”

Notably, the term “nuclear deterrent” or “nuclear war deterrent” as translated from the original Korean was also mentioned in state media reports on Kim Jong Un’s overseeing of a missile test event in August, though the added “strategic” descriptor is new.

That August report’s final paragraph — which was not translated in the official English version — said that the country’s national defense scientists and munitions industry researchers were working “in line with that spirit and that pluck of seizing in their hand the nuclear war deterrent by waging an arduous struggle over the past three years.”

Lee said the term was mostly used prior to 2018 during the byungjin era, and that the August report was more vague than Saturday’s report on the latest test at Sohae.

Regarding the specificity of the reported seven minute test time, Panda further said it “would suggest the time of a static engine burn test.”

“For instance, they might have added fuel and oxidizer to artificial elongate the burn time to test the robustness of certain components that they may be manufacturing internally.”

A report released by the Korean Central News Agency (KCNA) did not specify what kind of test it was, but said that the "crucial test was successfully conducted ... from 22:41 to 22:48 on December 13." 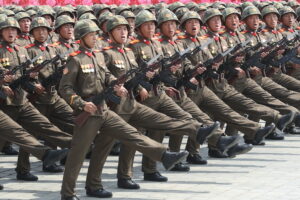 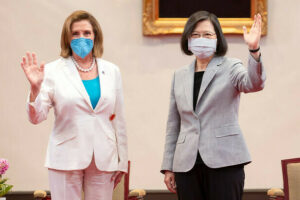 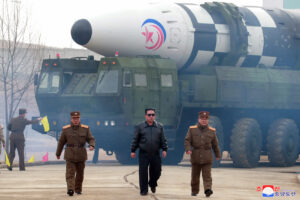