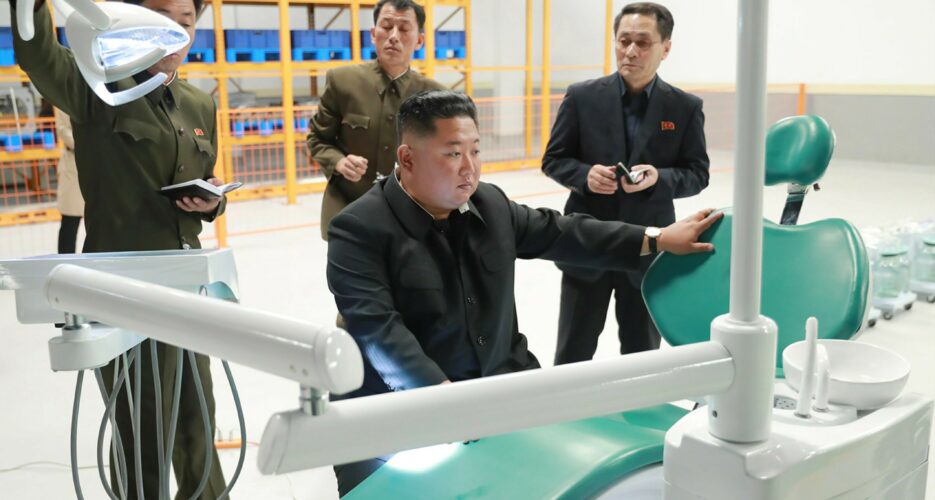 According to KCNA, the event will feature more than 2500 domestic “medical scientific research achievements” produced by 250 organizations and will run until Friday.

“He acknowledged the factory was built into a high-tech factory capable of mass-producing different kinds of highly efficient medical appliances which are badly needed by hospitals in the country,” KCNA reported after Kim’s visit.

“Stressing that it is important to produce lots of medical apparatuses vital for protecting and promoting the people’s life but they have to be of high quality, above all, he said in earnest tone that it is precisely an issue related to the outlook on the people.”

North Korea’s homegrown medical devices, Kim said, should be “on the level of those produced by the developed countries.”

A recent global public health survey, too, found that North Korea’s ability to withstand a major infectious disease outbreak ranks among the worst in the world.

That report looked into countries’ preparedness for a potential disease outbreak or other catastrophic health event.

The DPRK was close to the bottom in nearly every category, with an overall ranking in the third-to-last position, ahead of only Somalia and Equatorial Guinea.

For the “rapid response and mitigation of the spread of an epidemic” category, North Korea ranked last.

At last year’s expo, according to the pro-DPRK outlet Uriminzokkiri, one of the “best items” on display was a bioactive ginseng injection capable of “inhibiting the propagation of cancerous cells.”

That medicine was produced by the Pharmaceutical Research Institute under North Korea’s Academy of Medical Science.

This week’s made-in-North Korea medical event comes amid what appears to be an uptick in expo-type events in Pyongyang.

This month alone, the DPRK hosted the “Pyongyang International Agriculture and Foodstuff Exhibition,” a cosmetics exhibition, and an IT expo featuring artificial intelligence and facial recognition technology displays.

Another health expo was held last month as well: the DPRK-China Sci-Tech Exhibition in the Health and Sports Field, in an event which featured a mix of North Korean and Chinese companies.

This week’s expo, officially called the “National Exhibition of Sci-Tech Achievements in Public Health-2019,” is being held at Pyongyang’s Sci-Tech Complex — a massive, atom-shaped science and technology center that opened in 2015.

Monday’s expo opening ceremony was attended by a senior North Korean official, Pak Thae Song, according to KCNA, who serves as head of the DPRK’s rubber-stamp parliament and a vice-chairman of the Central Committee of the country’s ruling  party.

North Korean state media in 2017 described the event as the “17th National Exhibition of Sci-Tech Achievements in Public Health,” though no coverage of expos prior to that year appears to be publicly available.

If the KCNA reports are a guide, last year’s expo may have been slightly larger than this year’s, however.

State media at the time reporting it featuring “products, charts and models of over 3000 scientific achievements presented by more than 250 units in the fields of public health and education and other relevant fields.”

According to KCNA, the event will feature more than 2500 domestic "medical scientific research achievements" produced by 250 organizations and will run until Friday. 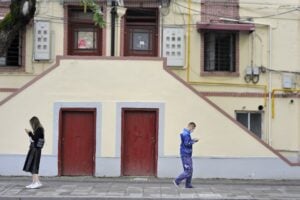 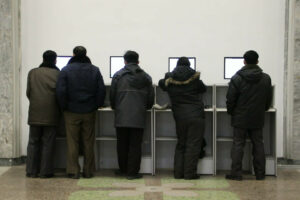 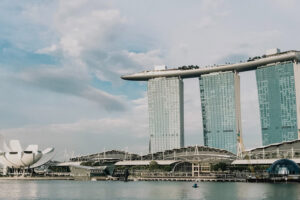