“May 24” sanctions no longer a barrier to inter-Korean cooperation: MOU
South Korean official admits that unilateral sanctions have "lost their effect"
Chad O'Carroll May 20, 2020 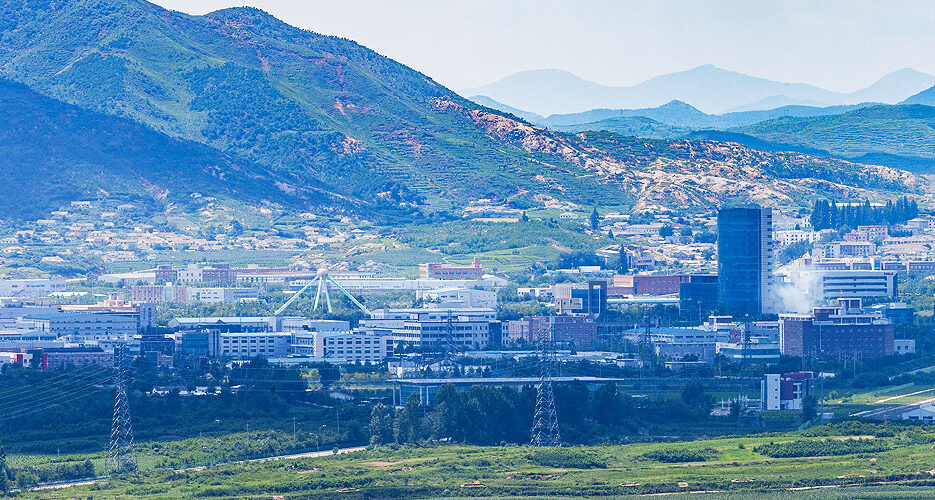 South Korea’s so-called “May 24” Measures should no longer be viewed as a barrier to inter-Korean cooperation, a spokesperson for the country’s Ministry of Unification (MOU) said on Wednesday, referring to a body of unilateral sanctions Seoul imposed against North Korea in 2010.

But the remarks, unexpectedly released by the ministry amid an ongoing lull in inter-Korean cooperation, do not constitute an official end to the ROK’s unilateral sanctions regime, NK News has confirmed.

“Previous governments have allowed ‘flexibility’ and ‘exemption measures’ (of the May 24 Measures),” spokesperson Yoh Sang-key told local reporters on Wednesday. “A large part of the (sanctions) have lost their effect.”

“Accordingly, the May 24 Measures are not a hindrance to our push for exchange and cooperation with the North,” Yoh continued, noting Seoul would continue efforts to “expand space in inter-Korean relations and establish actual peace.”

The timing of the remarks appears intended to communicate to Pyongyang that Seoul is ready and willing to make accommodations necessary to support enhanced inter-Korean exchange, even if the sanctions remain in place officially.

Notably, the remarks follow a speech by South Korean President Moon Jae-in in January that Seoul would be interested in supporting “independent” forms of inter-Korean tourism, plans which the U.S. Ambassador said would require consultation before being put in practice.

Both the incumbent Moon Jae-in and its predecessor administrations have occasionally overlooked aspects of the May 24 Measures, imposed following the sinking of the ROK’s Cheonan Corvette in May 2010.

The sanctions are meant to prevent North Korean vessels entering ROK waters, to halt inter-Korean trade and new investment in the North, to stop South Koreans from going North, and to suspend humanitarian aid “in principle.”

The Park government occasionally overlooked aspects of the measures, for example, to facilitate the 2013 Rajin-Hasan trilateral logistics initiative with Russia and the DPRK that resulted in several coal deliveries to South Korea.

The Moon government has also overlooked the measures in its quest to achieve inter-Korean rapprochement, for example investing in new infrastructure and fuel at the Kaesong liaison office and allowing a DPRK passenger ferry to dock in ROK waters for the Winter Olympics.

Given the formal absence of a revocation of the May 24 Measures on Wednesday, experts were confused about the overall goal of the unification ministry.

“What an inconsistent mess,” Chris Green, a lecturer at the University of Leiden and an expert in inter-Korean relations, told NK News.

“The fundamentals of the 5.24 Measures have not been ‘softened’ in any meaningful sense,” he continued. “This seems like an expedient comment rather than a reasoned argument.”

Another North Korea watcher suggested the remarks represented “political posturing by the MOU.”

“Moon’s wish is to separate the aims of the 5.24, which was to get North Korea to acknowledge and apologize for the sinking of Cheonan corvette, from overall economic engagement measures,” said Dr. Go Hyun-Myeong of the Asan Institute.

“I think MOU and Blue House will say that while ROK still wants NK to apologize for Cheonan, the lack of such a gesture won’t hold South Korea back from engaging the North economically,” he continued.

Asked whether it was appropriate for the ROK to change its stance given the absence of a formal DPRK apology for the sinking of the Cheonan, retired ROK army Lieutenant General Chun In-bum said: “in the quest for peace, many sacrifices must be made.”

“But in this journey both sides need to show a sincere attitude and aspiration towards peace,” he continued. “Although inter-Korean exchange is welcome, good faith should not be a one-way street.”

South Korean foreign minister Kang Kyung-wha caused controversy in October 2018 when she suggested that Seoul might be willing to abolish the May 24 Measures.  The MOU backtracked within 24 hours.

South Korea's so-called "May 24" Measures should no longer be viewed as a barrier to inter-Korean cooperation, a spokesperson for the country's Ministry of Unification (MOU) said on Wednesday, referring to a body of unilateral sanctions Seoul imposed against North Korea in 2010.

But the remarks, unexpectedly released by the ministry amid an ongoing lull in inter-Korean cooperation, do not constitute an official end to the ROK's unilateral sanctions regime, NK News has confirmed.