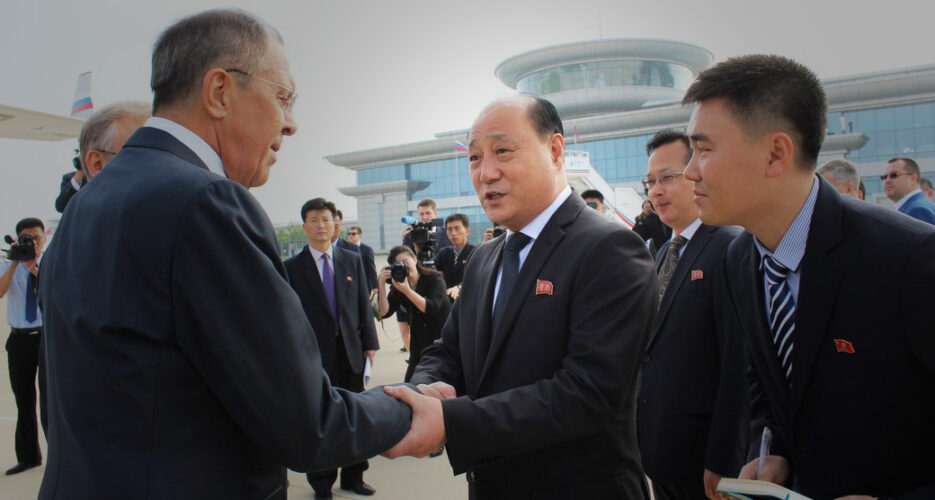 Sin enters the role having served as vice minister with the Ministry of Foreign Affairs (MFA) since 2014, according to TASS, during which he led and joined delegations to Russia and hosted top Russian officials in Pyongyang.

Jin Jong Hyop had been serving as Chargé d’ Affaires ad interim of the DPRK embassy in Moscow since at least July 2019.

Sin Hong Chol, according to information conveyed to TASS on Wednesday by the DPRK mission in Moscow, has “arrived in Moscow and is getting ready to start work.”

Prior to leaving for Russia, he was promoted to become an alternate member of the WPK Central Committee at the party plenum in the last days of 2019.

Sin, in his time as vice foreign minister, and especially in the last couple of years, has conducted extensive contacts with Russian counterparts.

The most notable example was perhaps his leading of a delegation to Moscow in October 2018, where he held talks on boosting bilateral relations with Russian vice foreign minister Igor Morgulov, with whom he has spoken on multiple other occasions as well.

Other high-profile meetings include his participation in a delegation to Russia in June 2018 to attend World Cup events, and in events hosting Russian foreign minister Sergei Lavrov in Pyongyang in May that year and Russian Federation Council chairwoman Valentina Matviyenko that September.

He enters the top job in Moscow at a critical time for DPRK-Russia relations.

The two countries have been pursuing a number of joint economic projects, primarily with the Russian Far East region, such as new non-sanctioned trade avenues and a new cross-border road bridge.

But these have largely failed to materialize, and the prospects for boosting economic cooperation in the near future have been further hurt by Russia’s reluctant compliance with sanctions it signed onto in late 2017 requiring the repatriation of all DPRK workers by late last December.

Russia is also currently pushing for North Korean sanctions relief at the UN, and is still considered Pyongyang’s top ally after China.

Sin’s new job in Moscow follows extensive experience in other parts of the world as well, having led foreign ministry delegations to Algeria and Mauritania in spring 2017, to Angola and the Republic of Congo in August 2016, and to Syria to meet President Bashar Al-Assad in March 2015 early in his time as vice foreign minister.

The earliest state media confirmation of his former role was in February 2015.

Prior to that, he served as DPRK Ambassador to Bangladesh from September 2008 until late 2012 or early 2013 when a new ambassador was appointed.

His role(s) and activities between 2013 and the time he became vice foreign minister are unknown.

The current top vice foreign minister overseeing relations with Russia in the European Affairs Department 1 is Im Chon Il, who was also seen as a top contender for the ambassador role.

North Korea recently filled its long-vacant role of ambassador to Moscow with foreign ministry veteran Sin Hong Chol, the TASS news agency reported late Wednesday.Sin enters the role having served as vice minister with the Ministry of Foreign Affairs (MFA) since 2014, according to TASS, during which he led and joined delegations to Russia and hosted top Russian officials in Pyongyang. He