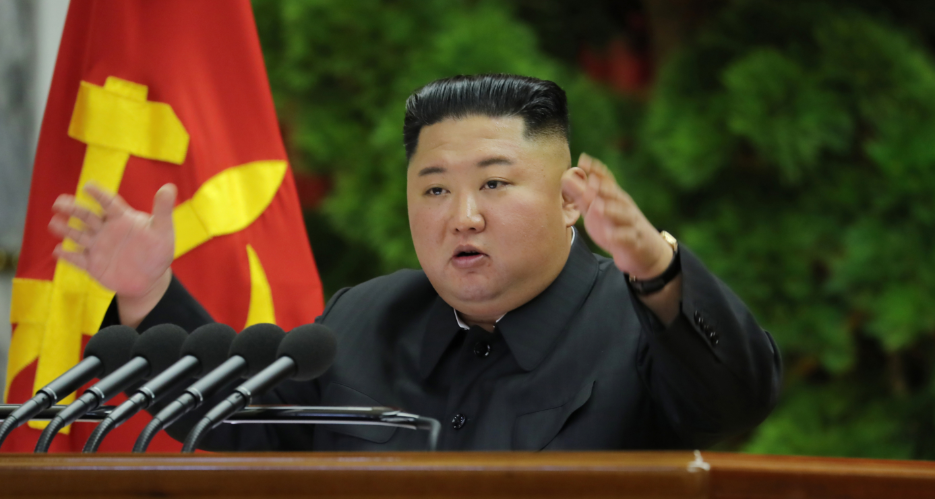 North Korea’s ruling Workers Party of Korea (WPK) on Saturday began a long-awaited plenary session of its Central Committee, state media reported on Sunday, in a meeting reportedly intended to lay out a new “transparent anti-imperialist independent stand” for the country in the face of stalled talks with the U.S.

The weekend’s 5th Plenary Session was convened by and presided over by leader Kim Jong Un and attended by top officials, the Korean Central News Agency (KCNA) reported, and follows weeks of speculation as to when the meeting would actually take place.

Details of the first day’s proceedings remain thin, with state media reporting that they had begun on Saturday and been convened “in order to overcome the manifold and harsh trials and difficulties and further accelerate the development of the revolution with transparent anti-imperialist independent stand and firm will.”

Also set to be discussed, the KCNA continued, are “important matters arising in the party building and activities and in the building of the state and national defence.”

First announced at the beginning of the month, the meeting was expected to take place early last week — in timing which also overlapped with a “Christmas gift” for the U.S. promised by the North Koreans a few weeks ago.

Many regional observers had posited that that “gift” would see North Korea break a now year-and-a-half long moratorium on long-range missile testing, with U.S. officials saying they were bracing for a provocative military action by the DPRK.

That apparent threat failed to materialize, but with the New Year’s Day speech by Kim Jong Un and an end of year deadline set by the North for U.S. diplomacy to produce results looming, the plenum is widely expected to see Pyongyang unveil a more hard line stance towards Washington.

It also comes just days after a surprise meeting of the Central Military Commission (CMC) of the North Korean ruling party, in which Kim Jong Un urged the country’s armed forces to prepare for “turbulent times” ahead.

KCNA coverage of the talks this weekend hinted that such a shift may be being discussed, reporting that “the struggle of the WPK and the state and important policy issues for new victory in our revolution under the present situation were brought up as agendas of the plenary meeting.”

The meeting is expected to continue on Sunday, state media added, in just one of what one expert said were a number of unusual details surrounding the plenary session.

“This plenum is unusual for multiple reasons: the year-end timing, the long interval between between the plenum and the pre-plenum CMC meeting, and now a two-day party plenum, which is a first under Kim Jong Un’s era,” Minyoung Lee, a senior analyst with NK News‘s sister site NK Pro, said.

“Kim’s policy announcement will involve both the economy and national defense, judging from the agenda items,” she added.

“One key thing to watch out for obviously is whether the plenum addresses strategic defense capabilities, such as the ‘strategic nuclear war deterrent’ formulation’ North Korea recently used, as they would be references to longer-range missiles and nuclear weapons.”

North Korea’s ruling Workers Party of Korea (WPK) on Saturday began a long-awaited plenary session of its Central Committee, state media reported on Sunday, in a meeting reportedly intended to lay out a new "transparent anti-imperialist independent stand" for the country in the face of stalled talks with the U.S.The weekend's 5th Plenary Session was convened by and presided over by leader