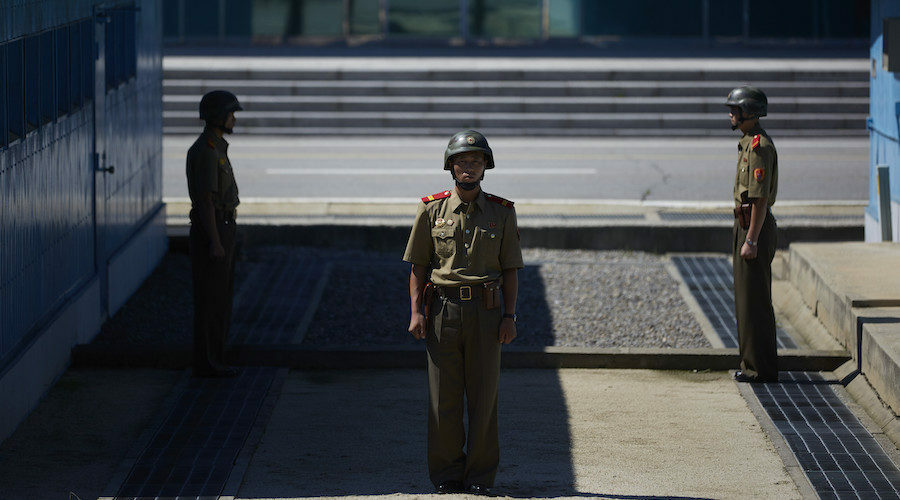 Speaking at a hearing of the National Assembly’s Defense Committee, in comments carried by local media, Minister of National Defense Jeong Kyeong-doo told lawmakers that the two were returned to the North at 15:12 at the inter-Korean border in Panmunjom.

They were first spotted in the East Sea on October 31, he said, and were intercepted by the South Korean navy and brought to shore on November 2.

“As far as I know, [these people] were involved in a murder case of about 10 people and then came down afterwards,” he said.

Speaking at an emergency briefing following the minister’s comments this afternoon, Ministry of Unification (MOU) spokesperson Lee Sang-min said the North Koreans were in their 20s and were “criminals.”

A joint investigation by South Korean authorities, he said in comments carried by Yonhap News Agency, had revealed they had “killed 16 crewmembers on a squid fishing ship in the East Sea.”

“The government decided that they were not subject to protection under the North Korean defectors’ law due to serious non-political crimes such as murder,” he said, referring to South Korean laws guaranteeing asylum to those who flee the North.

The government, he added, had concluded that “they would threaten the lives and safety of our people if they entered our society, and they could not be recognized as refugees under international law.”

Seoul informed the North of its intention to return the men on Tuesday, Lee continued, with the North responding in the affirmative the following day.

South Korea typically only repatriates North Koreans who enter its territory if they have expressly asked that they be returned home.

It’s not immediately clear precisely when the murders took place, though spokesperson Lee said the men had first killed their ship’s captain, followed by the rest of the crew, and that “all the bodies were dumped overboard.”

It’s not apparent whether either of the men expressed an intention to return home: while defense minister Jeong said the two “did not have the intention to defect,” another senior South Korean official appeared to contradict that claim.

Speaking at a separate hearing at the National Assembly on Thursday, unification minister Kim Yeon-chul said the two men “did express intention to defect, but they were incoherent so we decided to deport them due to lack of reliability.”

A spokesperson for South Korea’s MOU did not respond to requests for further clarification from NK News.

The decision to return the men will likely prove controversial, given the ambiguities around the case and the South Korean government’s nominal duty to provide asylum to escapees.

“Normally the ROK government has the right to return North Korean nationals who have crossed over to South Korea only if they have explicitly expressed their desire to return,” Teodora Gyupchanova, a researcher at the Database Center for North Korean Human Rights, told NK News.

“This is usually happening immediately after arrival, and in the cases of accidental arrivals (fishermen who drifted in the wrong direction in their boats),” she continued.

The case, too, may set an unusual precedent for how Seoul treats defectors from the North: Pyongyang has frequently accused high-profile escapees of crimes following their escape.

One expert said Seoul’s handling of the case was notable, particularly given a now-months long cooling of relations between the two Koreas.

“The interesting aspect of it is how the handover came about,” Christopher Green, a researcher with the International Crisis Group, said. “I would assume that it could have been done silently.”

South Korea's military on Thursday repatriated two North Korean escapees accused of involvement in a series of murders, the country's defense minister and Ministry of Unification (MOU) said. Speaking at a hearing of the National Assembly's Defense Committee, in comments carried by local media, Minister of National Defense Jeong Kyeong-doo told lawmakers that the two were returned to the 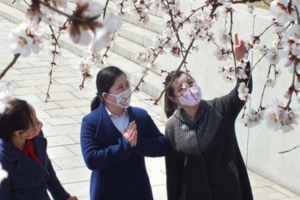