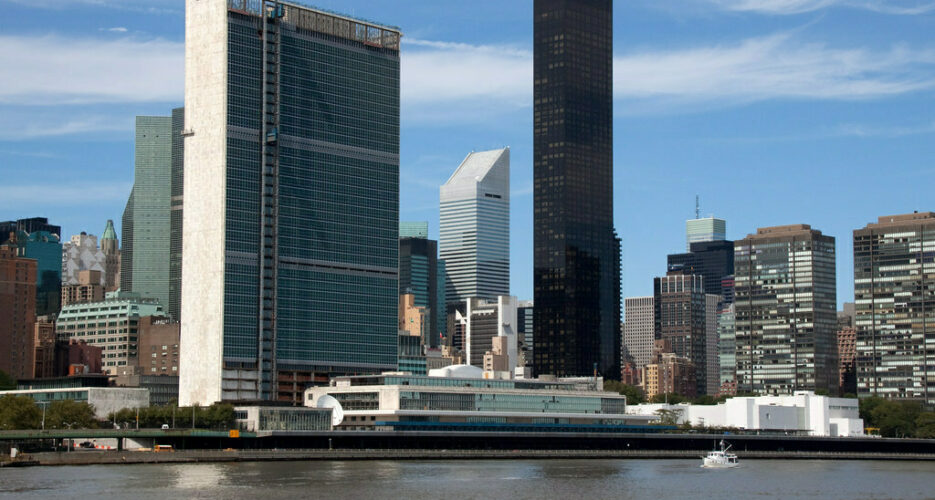 The UK, France and Germany called on Pyongyang to return to negotiations and said the North’s recent launches were violations of UNSC resolutions.

According to the Associated Press, the UNSC members issued the statement following a briefing from Rosemary DiCarlo, Under-Secretary-General for Political and Peacebuilding Affairs and former U.S. Ambassador to the UN.

“We reiterate our condemnation of such repeated provocative launches which are violations of UN Security Council resolutions. North Korea must take concrete steps towards its complete verifiable and irreversible denuclearization,” Deputy German Ambassador to the United Nations Jurgen Schulz told reporters.

“We urge North Korea to engage in meaningful negotiations with the U.S., as agreed between President Trump and Kim Jong Un on 30th June. ”

The three Security Council members also called for “unity” on sanctions implementation, saying the UNSC should continue to enforce sanctions on the DPRK.

“Serious efforts by North Korea reengage diplomatically and make progress on denuclearization are the only way to guarantee security and stability on the Korean Peninsula and in the region, as well as a brighter future for the people of North Korea,” Schulz said.

“The North Korean regime is responsible for the current dire situation of its people. International sanctions must remain in place and be fully and strictly enforced until North Korea’s nuclear and ballistic missile programs are dismantled. It is vital that the security council shows unity in upholding its resolutions.”

The UNSC meeting is the second this month, following an earlier one on August 1. Both meetings were reportedly called by the UK, Germany and France, and not the United States.

The meetings were prompted by the DPRK’s recent missile testing schedule, with the DPRK conducting nine launches this year starting with two in May and the remaining since July 25, according to the NK Pro Missile Tracker.

The most recent meeting and public statement are also unlikely to be viewed positively in Pyongyang.

“They could choose this opportunity to scream invective at the UN. As Ri yong-ho made clear, North Korea has no interest it just dealing up their nuclear program on the front end of any negotiation, which is what the international community is demanding,” Ken Gause, a North Korea leadership expert at CNA told NK News.

“From North Korea’s point of view, they are in the place they are not because of their own actions, but because the international community is playing by its own rules.”

Despite the UN statement, U.S. President Donald Trump and his senior staff have typically hand-waved the tests away, saying they are not a barrier to negotiations.

Trump also admitted that the launches may violate UN resolutions, though added that short-range missiles had not entered into the discussion during his meetings with Kim.

The U.S. President’s strongest remarks on the recent tests came on Sunday during a press conference at the G7 Summit in France, when he said wasn’t “happy” about them, but added that Kim was not in “violation of any agreement.”

U.S. Secretary of State Mike Pompeo recently said he wished Pyongyang would cease the tests, though Washington continues to urge Pyongyang to return to working-level talks.

Three members of the UN Security Council (UNSC) issued a statement condemning North Korea's recent spate of missile launches on Tuesday, following a closed-door meeting of the UN group. The UK, France and Germany called on Pyongyang to return to negotiations and said the North's recent launches were violations of UNSC resolutions. According to the Associated Press, the UNSC members issued