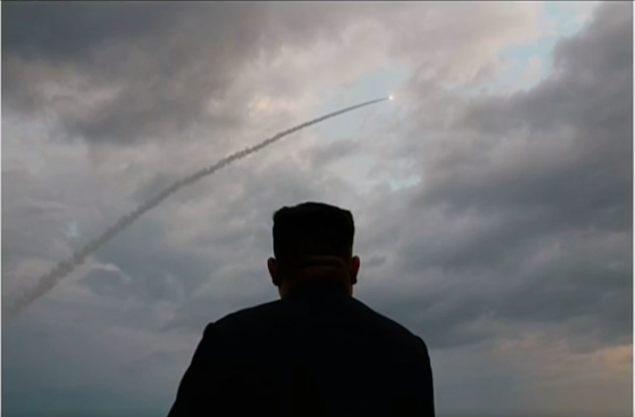 In an unusual move which saw Pyongyang release its first imagery of yesterday morning’s test almost 34 hours after the event took place, the KCTV carried 15 photos on its 15:00 news bulletin.

News of the North Korean test — its second in a week — first emerged early yesterday morning, with South Korea’s Joint Chiefs of Staff (JCS) reporting that Pyongyang had launched two ballistic missiles from a site on its east coast.

DPRK state media coverage of the launch Thursday morning was then unexpectedly devoid of imagery — a highly unusual move echoing a similar weapons test back in April.

State television’s 09:00 broadcast, too, did not include the imagery, featuring a simple read-out of a report by the Korean Central News Agency (KCNA).

Photos released this afternoon are partially pixelated, suggesting the delay may be linked to North Korean efforts to conceal some elements of what could potentially be an all-new weapons system.

“It does appear to resemble a larger-diameter KN-09,” said Ankit Panda, an Adjunct Senior Fellow at the Federation of American Scientists. “There are fins visible near the nose, just like on the KN-09.”

“The TEL here appears to be another variant on the tracked chassis that the North Koreans have judiciously put to use across a range of platforms, from coastal defense cruise missiles to short-range ballistic missiles to the KN23 to the Pukguksong-2.”

They also suggest the North Korean leader oversaw the launch from a boat and that the missiles were fired at a small group of islands.

The delay in their release, Lee said, may be due to the fact that North Korean broadcasters “needed time to edit and vet the images.”

North Korea's state-run Korean Central Television (KCTV) on Thursday afternoon aired the first footage of a missile test conducted the previous day. In an unusual move which saw Pyongyang release its first imagery of yesterday morning's test almost 34 hours after the event took place, the KCTV carried 15 photos on its 15:00 news bulletin. News of the North Korean test -- its second in a week 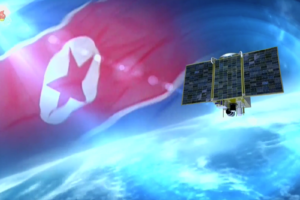