Chinese President Xi Jinping to visit North Korea from June 20 to 21
Visit will represent first by a PRC leader to DPRK in over ten years
Oliver Hotham June 17, 2019 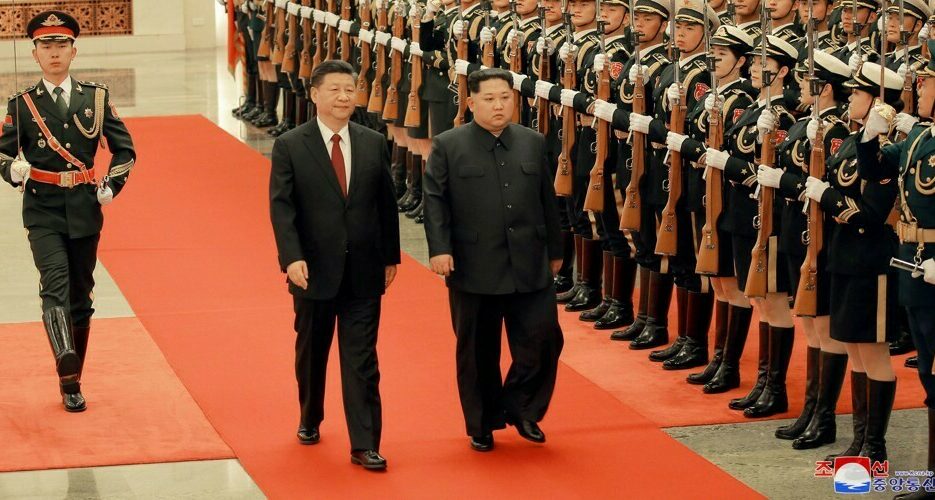 Chinese President Xi Jinping will visit North Korea at the end of this week, Chinese state media confirmed on Monday.

The news, announced by Hu Zhaoming, a spokesperson for the International Department of the Chinese Communist Party (CPC) Central Committee, will see the Chinese leader spend two days in the DPRK, from June 20-21.

It will represent the first by a Chinese leader since then-leader Hu Jintao visited in 2005. Xi, too, traveled to the DPRK in his then-capacity as Vice President of China in 2008.

Xi’s visit, which comes on the invitation of North Korean leader Kim Jong Un, comes two months after rumors emerged that a trip to the DPRK by the Chinese leader was imminent.

Those rumors were fueled in part by early preparations for the country’s “Mass Games” propaganda event in early April.

Last year’s version of that event included a depiction of Chinese President Xi Jinping during a performance attended by a group of high-profile Chinese actors and musicians.

Should Xi meet Kim, the talks would mark the fifth summit between the two leaders and the second this year, following a Sino-DPRK summit in Beijing in January.

The Chinese President was first reported by North Korean state media to have accepted Kim’s invitation to visit the DPRK following a summit between the two leaders in March last year.

He was then reported to have reiterated those comments in January, though those remarks were not re-reported by Chinese state media.

The timing of the upcoming Sino-DPRK summit is notable, coming amid a now-months-long impasse in nuclear negotiations between the U.S. and North Korea.

“It can be read as a sign of growing Chinese impatience with the status quo on sanctions, and/or perhaps a sign that economic support for Pyongyang may be set to increase,” said Peter Ward, a writer and researcher focused on the North Korean economy.

“Perhaps Beijing is considering a new approach to North Korean diplomacy because of the deepening trade war with the United States,” he added. “We shall have to see.”

Xi’s trip will also come ahead of a meeting of the G20 in Osaka on June 28–29, after which U.S. President Donald Trump is expected to visit South Korea for a summit with South Korean President Moon Jae-in.

The visit also follows reports of a major boom in Chinese tourism to the North, with local sources having told NK News last week that local authorities had been forced to place a 1000-a-day cap on visitors entering the country amid a surge in demand.

Gergo Vaczi, Tour Manager with Koryo Tours, told NK News that Pyongyang was already “crazy busy preparing for the Xi Jinping visit,” which he said had been an “open secret” for the last few days.

These preparations, he added, included “roadworks from Sunan [International Airport] to Pyongyang, schoolchildren all the way weeding and painting the trees, the facades of the buildings being repainted, the Friendship tower is under renovation.”

Chinese staff at the country’s embassy in the DPRK, he said, were seen headed to Pyongyang’s Sunan International Airport on Friday in order to fly home.

Meanwhile, Air China notably used wide-body Airbus A330 aircraft on the Beijing-Pyongyang flight for the last three round-trips, in a further sign of preparations already underway for the high-profile visit.

The PRC-state airline usually uses much smaller Boeing 737s on this route, suggesting the A330 aircraft type could have been deployed for trial flights or to deploy diplomatic personnel to Pyongyang ahead of the summit.