Kim Jong Un guided “long-range strike” drill on Thursday: KCNA
Missiles appear to be the same as those tested over the weekend
Colin Zwirko May 9, 2019 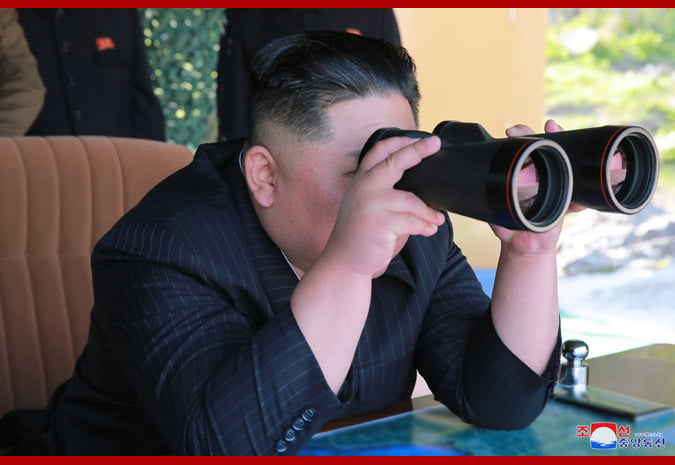 The North’s Korean Central News Agency (KCNA) said the exercise was a “successful drill of deployment and strike designed to inspect the ability of rapid reaction of the defence units in the forefront area and on the western front.”

South Korea’s Joint Chiefs of Staff (JCS) announced late Thursday afternoon the firing of two “projectiles” at 1629 and 1649 local time estimated to have flown around 420km and 270km.

The U.S. Defense Department also said the launches consisted of “multiple ballistic missiles that flew in excess of 300 km (185 miles) and landed in the ocean,” Reuters reported.

The test was Pyongyang’s second such missile test in under a week, coming after Saturday’s firing of ballistic missiles and large-caliber multiple rocket launch (MRL) systems from the east coast.

Kim Jong Un reportedly said the new test, which the JCS yesterday reported was carried out from the Kusong region in the country’s northwest, was a follow-up to Saturday’s test from the east coast, fulfilling readiness from both coasts.

It was meant to “keep full combat posture to cope with any emergency as required by the prevailing situation and in keeping with the Party’s strategic intention,” the report said.

Kim said “genuine peace and security of the country are guaranteed only by the strong physical force capable of defending its sovereignty,” according to the report.

WHAT THE PICTURES TELL US

Photographs of the latest test carried by KCNA on Friday showed multiple images of what appeared to be a similar missile to those tested last Saturday, one expert told NK News.

“The missile appears to be the same ‘Songun Iskander,’” NK Pro contributing analyst Ankit Panda said, referring to an unofficial name owing to its similarities to a Russian-made missile.

He said Friday that with the missile flying from the west coast 420km over North Korean territory into the waters of the East Sea, as reported by the JCS, it means “we have confirmation that this new missile is quite capable.”

Noting other important observations from the latest images, Panda pointed to the visible tread band on the new missile’s launch vehicle, saying the tread-based launch vehicles are “proliferating across North Korea’s fleet.”

“Beginning with the Pukguksong-2, we saw them used in integrated launchers for several systems. Now, this new SRBM is yet another,” he said.

“Treads are useful when you have roads of poor quality or no roads at all to work with.”

But he also pointed to a “slight difference” in the new missile not seen in those fired last Saturday.

“The one tested from Kusong features an external cable raceway on the missile, similar to the parade mockup from February 2018,” Panda said.

Also shown in the images were a tank test firing and what appear to be similar larger-caliber multiple rocket launch (MRL) systems as those shown in KCNA’s report on last Saturday’s test.

“We’re looking at it very seriously right now,” Trump said according to the White House press pool. “Nobody’s happy about it.”

The President was also reportedly to have said Washington’s relationship with Pyongyang continues, but added that he didn’t think North Korea is “ready to negotiate.”

Following the May 4 missile launch, Trump said in a tweet that “anything in this very interesting world is possible, but I believe that Kim Jong Un fully realizes the great economic potential of North Korea, & will do nothing to interfere or end it.”

But following comments from South Korea’s defense ministry that the test “heightened military tensions” and may have violated 2018’s inter-Korean military agreement, North Korea responded on Wednesday by defending the test as merely regular self-defensive training.

A spokesperson for the DPRK delegation to North-South military talks also released a scathing rebuttal Thursday to criticisms of the Saturday test, slamming the South’s negative reactions as the real provocation that would “invite the hammer blow” of their army and “a pelting rain of kicks and blows” if they continued.

Friday morning’s KCNA report on Kim Jong Un’s inspection of the May 9 test refrained from any such critical language.

The North's Korean Central News Agency (KCNA) said the exercise was a “successful drill of deployment and strike designed to inspect the ability of rapid reaction of the defence units in the forefront area and on the western front." 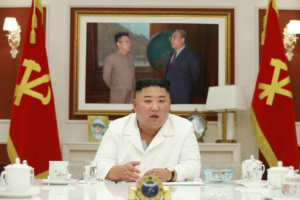