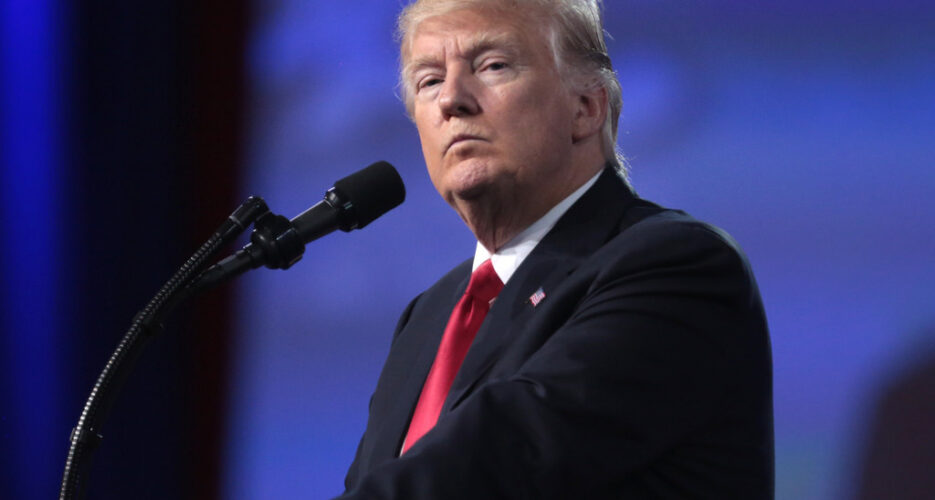 U.S. President Donald Trump on Wednesday said he would be “very disappointed” if reports of North Korea rebuilding an important missile site were accurate.

Speaking at the White House, Trump said it was too early to tell if the DPRK had begun reversing apparent dismantlement at the Sohae Satellite Launching Center (SSLC) on North Korea’s west coast.

“I would be very, very disappointed in Chairman Kim, I don’t think I will be, but we’ll see what happens,” Trump told reporters.

“We’ll take a look. It will ultimately get solved,” the U.S. president added.

Although Trump also claimed that “we were on the ones who put (the report) out”, the initial findings came from a South Korean National Intelligence Service (NIS) briefing in Seoul on Tuesday.

The findings have also been verified by 38 North and the Center for Strategic and International Studies‘ Beyond Parallel program, which noted that several changes carried out after the Singapore Summit in June last year had been undone.

But 38 North also concluded that work at the site began prior to the recently concluded summit between Trump and North Korean leader Kim Jong Un in Hanoi, and may have even begun in early 2019.

Writing for NK Pro, adjunct senior fellow at the Federation of American Scientists and senior editor at The Diplomat Ankit Panda noted how the work could constitute violations of UN resolutions and agreements made with Seoul.

“Pyongyang’s first written commitment concerning the SSLC—or Tongchang-ri—came on September 19, 2018, in the context of the inter-Korean Pyongyang Declaration.”

“That document … committed North Korea to ‘permanently dismantle the Dongchang-ri missile engine test site and launch platform under the observation of experts from relevant countries.'”

But Panda noted that while the work at the SSLC may be a signal that North Korea could collapse the diplomatic progress, it does not necessarily indicate that Pyongyang will resume intercontinental ballistic missile (ICBM) or nuclear testing.

“North Korea is sending a forceful—if calibrated—message to the Trump administration and to the South Korean government,” Panda wrote.

“This message should not be overstated or over-interpreted. North Korea is not about conduct an ICBM launch or even an SLV launch. The evidence does not yet bear out these dire outcomes.”

The Hanoi talks between Trump and Kim ended without an agreement, with both sides clashing over sanctions relief and sites related to the DPRK’s nuclear and missile programs.

Washington wanted sites in addition to the Yongbyon nuclear complex dismantled, while Pyongyang asked for UN sanctions passed throughout 2016 and 2017 to be rolled back.

U.S. President Donald Trump on Wednesday said he would be "very disappointed" if reports of North Korea rebuilding an important missile site were accurate.Speaking at the White House, Trump said it was too early to tell if the DPRK had begun reversing apparent dismantlement at the Sohae Satellite Launching Center (SSLC) on North Korea's west coast."I would be very, very disappointed in