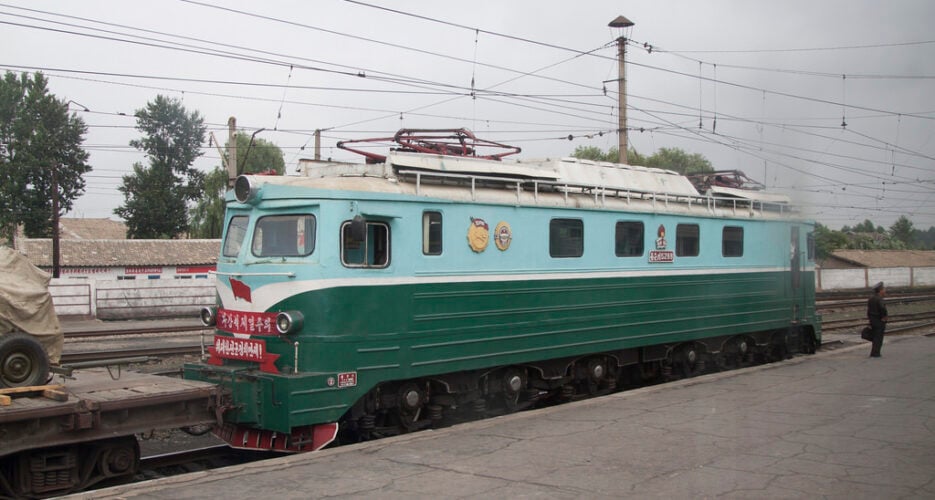 The two Koreas plan to hold a groundbreaking ceremony for the connection and modernization of railways and roads on the Korean peninsula between late November and early December.

Speaking at a ministerial audit at the National Assembly, the minister told lawmaker Shim Jae-kwon there were pending issues that would need to be discussed with the U.S.

Seoul and Washington would continue discussions over the issue, Cho explained, saying the Trump administration had demonstrated “a… collaborative attitude.”

Speaking at the parliamentary audit, the ROK unification minister, however, said the U.S. was keen to “review [inter-Korean projects] one by one.”

Cho on Monday said August’s postponing of the survey had been delayed by procedural issues, as well as a lack of adequate consultation between concerned parties.

But the unification minister also stressed that Seoul had provided “sufficient explanation” about the joint on-site survey of the railway and the significance of the project to Washington.

“With regard to cooperation between the ROK and the U.S., there are differences in the U.S. and our thoughts over the details,” Cho said. “But we are resolving one by one in a cooperative atmosphere.”

Cho also provided an affirmative response when lawmaker Yoo Ki-june asked if the provision of equipment for North Korean tree nurseries – another pending inter-Korean cooperation project – would be in violation of international sanctions.

“Among equipment for [modernization] of tree nurseries, some are under sanctions,” Cho said, without providing further details.

The two Koreas at a sectoral meeting on forestry cooperation earlier in the month agreed to push ahead with a project to modernize tree nurseries in North Korean provinces, cities, and counties in a “phased manner.”

The two Koreas are set to carry out an on-site visit to DPRK tree nurseries and forestry equipment factories “at the necessary time.”

Kim, who serves vice director-general of the General Bureau of Forest under the Ministry of Land and Environment Protection, said he would not look forward to the next inter-Korean meeting if it had the same tone as the October talks.

During Monday’s parliamentary audit, Cho said the North Korean delegate had made the comments in response to the South’s concerns about sanctions.

The unification minister also said he plans to visit New York and Washington between November 13 and 18 to participate in the Korea Global Forum in Washington DC, though he didn’t elaborate on whether he would meet with American officials during the trip.

Cho is also scheduled to hold a meeting with U.S. Special Representative for North Korea Stephen Biegun on Tuesday.

The two met in Seoul earlier in the month.

The South Korean Ministry of Foreign Affairs (MOFA) said in a message distributed to reporters that the two had held an “in-depth and follow-up discussion over various pending issues” including measures to strengthen coordination between the ROK and the U.S.

Other topics included development of DPRK-U.S. follow-up negotiations, as well as developing a “concrete plan to push forward denuclearization and the settlement of permanent peace on the Korean peninsula and direction of improving inter-Korean relations.”

Biegun and Lee also held a meeting in Washington on October 22.

ROK unification minister Cho Myoung-gyon on Monday admitted to “differences” between Seoul and Washington over plans for an on-site survey on inter-Korean road and rail cooperation. North and South Korea at high-level talks on October 15 agreed to conduct a joint on-site survey of the Gyeongui and Donghae railway, respectively, from late October and early November. The two Koreas plan