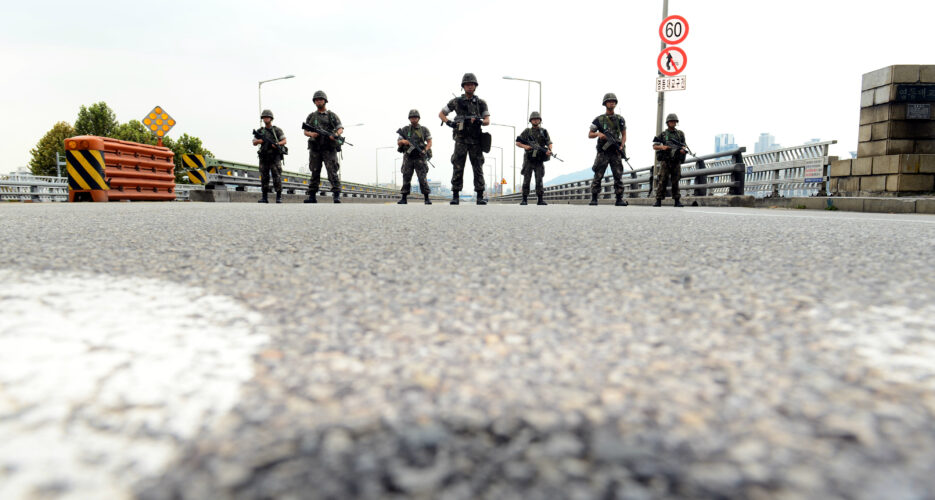 The South Korean government on Tuesday announced that it will suspend large-scale annual civil defense drills and independent military exercises.

Minister Kim cited “various security situations including recently-established inter-Korean relations and the suspension of the joint ROK-U.S. Ulchi Freedom Guardian military drills staged in August every year” as reasons for the cancellations.

The South Korean presidential office later said it would also consider the possibility of suspending the Ulchi annual emergency exercise, conducted every year to train citizens in “actively dealing with wartime or a situation equivalent to a state of national emergency.”

Around 480,000 people from 4000 organizations participated in last year’s drills.

Seoul originally launched the exercise, then known as Taeguk, in January 1968, in the aftermath of a raid on the Blue House by a squad of North Korean commandos.

The government-led Ulchi exercise has been combined and staged alongside the military’s Freedom Guardian drill since 2008, with both typically taking place in August.

The drill will be named “Ulchi Taeguk” as it will combine the now-suspended Ulchi exercise with the ROK military’s independent Command Post Exercise (CPX) named “Taeguk.”

The new defense exercises will be staged to prepare against “armed attacks from outside as well as terrorism by applying the concept of comprehensive security.”

The drills were originally planned to be conducted in June.

Speaking at a news conference, Song said the military would “improve the training effect” of its own simulation-based exercise by staging it alongside the annual Hoguk Field Training Exercise (FTX) in late October.

“Our military will conduct standalone exercise planned this year as scheduled while the ROK and the U.S. will make a decision on the joint drills proceeding with close consultation,” Song said. “The Ministry of National Defense will firmly maintain combat readiness at all times.”

These include UFG and the Korean Marine Exchange Program (KMEP), jointly staged by South Korea and the United States Marine Corps bases in Japan.

The South Korean Ministry of National Defense (MND) in June said the KMEP, which was slated to be staged between July and September, had been postponed “as a follow-up measure to the DPRK-U.S. and inter-Korean summit.”

In a written statement, the ROK military said that Seoul and Washington would “take additional measures if North Korea continues productive consultation based on good intentions.”

But while the Ulchi exercise has been scrapped and reorganized, chief of the MND’s policy office Yeo Suk-joo in June said whether UFG and KMEP would be indefinitely suspended had not yet been discussed.