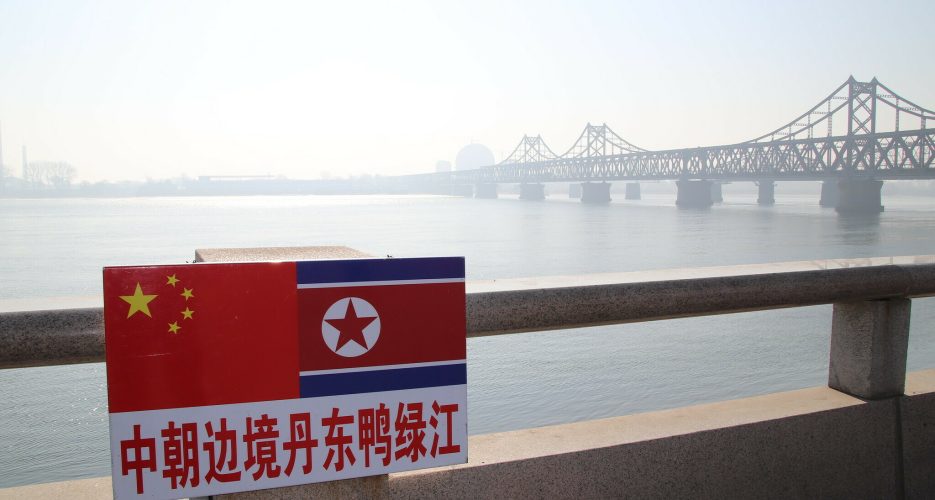 China is usually considered the only nation with influence in North Korea, and we have repeatedly heard that only it can moderate the North’s behavior. China, host of the Six Party Talks, and the world’s second largest economic power, allegedly understands the North Koreans better than anyone. As recently as this past March, at the nuclear summit in Seoul, President Obama asked president Hu Jintao to use all the instruments of China’s power to reign in Pyongyang. This is often referred to as outsourcing the North Korean problem to Beijing.

Yet, China has not lived up to that billing in moderating North Korean behavior. Though the North remains critically dependent on Chinese economic assistance, China’s policy toward the DPRK is evidently based on self-interest and not on the wider interests of the other members of the Six Party Talks. There are also limits to Chinese influence in the North, both self-imposed, and more importantly, beyond China’s control due to strong underlying distrust of China in the North.

Despite the massive Chinese economic aid it receives (food, fuel, consumer goods, investment), the North wishes aid could come from elsewhere. Gone are the days of fraternal assistance from the socialist bloc. As the North’s present food shortages are aggravated by a spring drought, and with the cancelled food aid from the U.S. due to the failed mid-April satellite launch, the North again has no one else to turn to but China.

In advising several colleagues with ties to senior levels of the DPRK leadership, I have learned that the North Koreans’ distrust of China is fundamental and profound. It is not polemical and for public consumption, as it is with Japan, South Korea and the U.S.; yet it is deadly serious. It is based on both recent and more distant history, and, as the late China-hand James Lilley sometimes hinted, the undercurrent of Chinese-North Korean relations is likely more vicious and brutal than we imagine.

North Korea sees China as a regional hegemon in a modern-day reprise of its historical role in treating Korea as a tributary state. It remembers that in October 1950, China not only intervened in the Korean War – saving the Korean People’s Army from oblivion – but took over all command and control, subsuming the North’s forces into its own; it became China’s war with the U.S.  After the 1953 Armistice, several thousand Chinese troops remained based in North Korea until 1958.

Nowadays, the North senses China has been displeased that the DPRK leadership is not sufficiently responsive to Chinese authority. Specifically, it has been intimated that Kim Jong Il himself was greatly distrusted by China because he was not responsive to Chinese requests. Ironically, the subversion the North fears comes not from the South, but from China. Since Korean People’s Army officers have often received training in China by the People’s Liberation Army, the North is suspicious that the Chinese may have levers to influence the train of events in the DPRK. For years, the North sought improved relations with the U.S. to balance the immense pressure it feels from China, although today it likely has given up on that hope.

In the purported last will and testament of Kim Jong Il, parts of which are in the possession of ROK think tanks like the Sejong Institute and others, Kim allegedly warned his countrymen to be vigilant of China:

“Historically, China is the country that forced difficulties on our country, the country that currently has the closest relations with us, but could become the country we need to watch most in the future. Keep this in mind and be careful. Avoid being exploited by China.”

Ironically, South Korea’s policies reveal an entirely different view of China. China is now the ROK’s largest trading partner, a dramatic leap since diplomatic ties were restored in 1992. South Korea now even seeks a mutual military logistical agreement with China (along with Japan). As many have argued, President Lee Myung-bak’s policies of not providing aid to the North without significant political concessions have helped push the North further into China’s grasp. A friend of mine recently served as a presidential advisor in the Blue House, and from his description, underlying ROK policy toward the DPRK in the Lee administration has been to join hands with China, as highly developed economies bordering North Korea, to “envelop” the North in the expectation of compelling irreversible economic reform.

However, the actual result, some fear, may be that the North would be incrementally integrated economically into China’s northeast provinces, end up using the yuan as its currency, and find itself only nominally sovereign. This scenario would mean Korean reunification would take place – if ever – under Chinese auspices and only if a united Korea’s foreign policy conformed to China’s. Simply put, how could red-blooded Koreans – North, South, or overseas – accept such an outcome, after 35 years of Japanese colonialism and nearly 70 years of division?

Ironically, despite the deep divisions and divides between North and South, they are the same people, and possess a common cultural memory of China in its various dynastic incarnations as a hegemon. Watch almost any South Korean saeguk – historical television drama – and the Chinese are typically depicted with more disdain and distrust than even Japan. Given the uncertainty of China’s regional intentions – in part evidenced by Obama’s renewed emphasis on Asia – Koreans, North and South (and perhaps Vietnam as well), have good reason to be deeply concerned about potential Finlandization at the hands of China. China may feel it is its right to secure its regional sphere of influence so that its neighbors’ policies are more “compatible” with Chinese interests – but Koreans could once again in their history pay the price by giving up national unity and genuine independence.

Instead, the two Koreas should begin to reintegrate and eventually reunify as a nation of over 70 million people as the most viable solution to potential prolonged division and Finlandization by China. Near-term Korean reintegration would constitute a regional strategic realignment which would be a win-win scenario for each Korea, as well as the U.S. and Japan. For the proud North, moreover, it would send the message to China that it will no longer be relegated to beggar status and subject to its exploitation. Despite the huge challenges of incorporating the North’s underdeveloped economy and the ideological and psychological chasms between the two societies, perhaps no people on earth can overcome them as well as the Koreans. As a 2009 Goldman Sachs report noted, the synergies between the two Koreas are more significant than many think: e.g., they predicted the GDP of a unified Korea would surpass that of Japan in a few decades.

Although potential movement in this direction likely could not come until after December’s ROK presidential elections, much can subsequently take place even by the end of 2013. The two Koreas need to concur that neither has a guaranteed future of political and economic independence and viability as two states sharing the same peninsula in China’s shadow. Reunification should not be merely a decades-old slogan or ideal for each Korea, but a matter of contemporary urgency to create a strong, unified and independent Korea. The U.S. would do well to encourage this scenario as part of its refocused strategy upon Northeast Asia and Asia as a whole, since the ROK would only move toward reunification with full U.S. support.

China is usually considered the only nation with influence in North Korea, and we have repeatedly heard that only it can moderate the North’s behavior. China, host of the Six Party Talks, and the world’s second largest economic power, allegedly understands the North Koreans better than anyone. As recently as this past March, at the nuclear summit in Seoul, President Obama asked president Hu

Dr. Mark P. Barry is an independent Asian affairs analyst who has followed U.S. - DPRK relations for the past 22 years. He visited North Korea twice and met the late President Kim Il Sung in 1994, and has appeared on CNN to discuss North Korea. From 2005-06, he helped found and direct the Asia Pacific Peace Institute in Washington, DC. He also assisted the convening of the first-ever meeting of legislators from China and Taiwan in Tokyo in June 1989, under the auspices of the International Security Council. Dr. Barry has spoken on U.S.-DPRK relations before the Korean Political Science Association, Korea Institute of National Unification, and the Asia-Pacific Center for Security Studies in Hawaii, among others. He received his Ph.D. in foreign affairs from the University of Virginia and his M.A. in national security studies from Georgetown University. He teaches undergraduate and graduate courses in international relations and global management, and is also associate editor of the International Journal on World Peace quarterly.