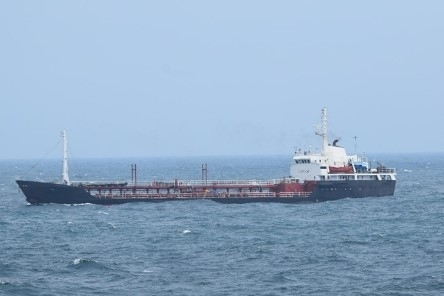 The Japanese Government on Wednesday published images of a North Korean vessel likely involved in prohibited ship-to-ship (STS) transfers in the East China Sea on June 29.

It is the second occasion that Japan has issued reports of such activities occurring in June, with previous images being published on June 27 of a DPRK vessel likely conducting illicit STS transfers on June 21 and 22.

According to the Ministry of Foreign Affairs (MOFA), a Japanese Maritime Self-Defense Force vessel – the JS Sendai – spotted the “AN SAN 1 (IMO number: 7303803), North Korean-flagged tanker… lying alongside a vessel of unknown nationality on the high sea (around 350km south-southeastern offshore of Shanghai) in the East China Sea.”

“Judging from the fact that the two vessels lay alongside each other and connected hoses, both vessels could have been engaged in some type of activity. Following a comprehensive assessment, the Government of Japan strongly suspects that they conducted ship-to-ship transfers banned by UNSCR,” it added.

On September 11, 2017, the United Nations Security Council (UNSC) unanimously adopted Resolution 2375, which, among other measures, prohibited all STS transfers.

STS transfers linked to North Korea typically involve the transfer of oil products, which are also subject to caps under UNSC resolutions.

The Japanese Government has publicly reported such prohibited activities on at least 8 occasions now in 2018.

As in many of those other cases the ship involved on June 29 – the An San 1 – is already a sanctioned vessel, as is the company that operates it.

Both the ship and the Korea Ansan Shipping Company were designated by the U.S. Department of the Treasury on February 23 in the largest set of maritime sanctions leveled against the DPRK. Both were subsequently sanctioned by the UNSC on March 30.

In the UNSC designations listing, the 1718 committee identified the Korean Ansan Shipping Company as the “registered owner of DPRK tanker AN SAN 1 believed to have been involved in ship-to-ship transfer operations for oil.”

In the images of the suspected STS transfer published on Wednesday, a ship of unknown nationality is seen connected to a vessel with the words Hope Sea painted on the back.

“The Government of Japan confirms that AN SAN 1 camouflaged its vessel name as HOPE SEA and strongly suspects sanctions evasion,” the MOFA report added.

The painting of the hull is an identity-obscuring method that has been observed in use by the DPRK previously when it has conducted STS transfers and such instances have been detailed by the UN Panel of Experts (PoE) tasked with monitoring DPRK sanctions implementation.

In its 2018 report, the PoE describes an STS transfer involving two vessels – the Jin Hye and the Chon Ma San – in the East China Sea in early December 2017.

“The Chon Ma San disguised its identity by painting the names ‘Whale’ and ‘Freetown (Sierra Leone)’ over the original name and port of registration and changing the ‘3’s to ‘8’s in the IMO number on the superstructure (8660313 to 8660818),” the PoE report reads.

“The flag of the Democratic People’s Republic of Korea on the funnel was also painted over with white paint,” it added.

As the U.S. Treasury released a package of extensive maritime sanctions on February 23, the U.S. Coast Guard also published a sanctions advisory notice to inform on North Korean evasion methods.

“North Korean-flagged merchant vessels have physically altered their vessels to obscure their identities and attempt to pass themselves off as different vessels,” the notice warns.

“These physical alterations include painting over vessel names and IMO numbers with alternate ones,” it added.

The Japanese Government on Wednesday published images of a North Korean vessel likely involved in prohibited ship-to-ship (STS) transfers in the East China Sea on June 29. It is the second occasion that Japan has issued reports of such activities occurring in June, with previous images being published on June 27 of a DPRK vessel likely conducting illicit STS transfers on June 21 and 22. 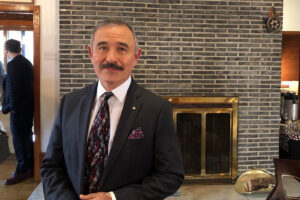 U.S. should be consulted on potential South Korean tourism to the North: Harris 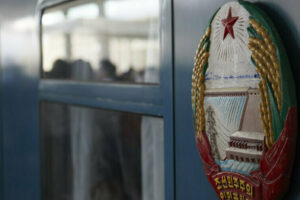 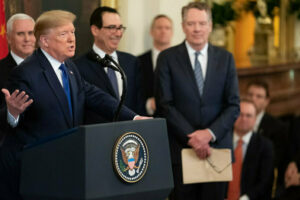