THAAD should be postponed until next government: Minjoo
“The next ROK government should be responsible for this task,” says spokesperson
JH Ahn December 13, 2016 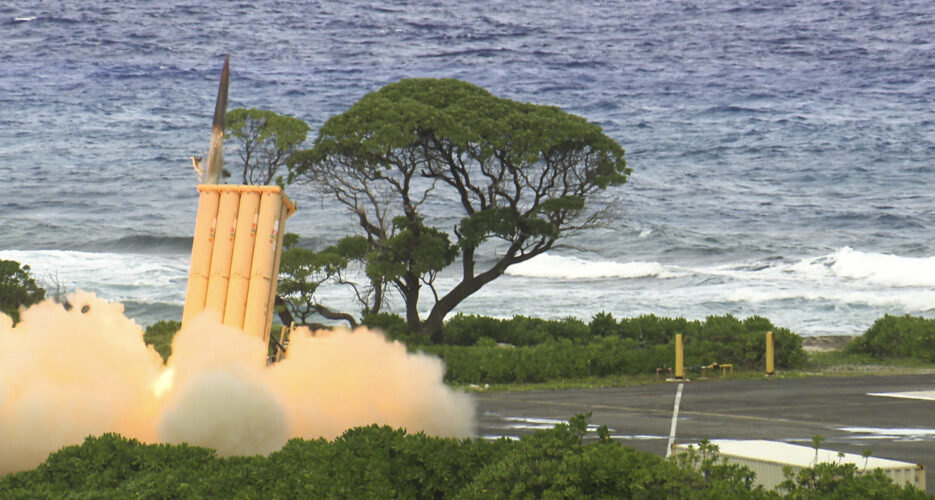 Minjoo’s announcement comes two days after multiple reports revealed that the Ministry of National Defense (MND) is expediting the deployment process, aiming to finish it by May next year – a month earlier than was originally planned.

“MND’s plan to complete the THAAD deployment by May next year must be reconsidered,” Ki Dong-min, a spokesman for the Minjoo Party in the National Assembly, said on Tuesday.

“It is not the kind of matter that a ‘government impeached by the people’ should push ahead with. The government should pass the ball to the next one to come.”

On Sunday the news that the MND would “speed up THAAD” was widely reported by local news, including Chosun Ilbo and Yonhap News Agency.

Quoting an anonymous MND official, the decision was reportedly made out of fear that President Park Geun-hye’s impeachment and an early presidential election next year may alter the course of the deployment, which was finalized in September.

During a Monday briefing, an MND spokesperson said “no specific date of the deployment has been decided,” and would not confirm or deny reports on a May deployment.

But Minjoo urged the MND not to rush the plans and agitate Beijing, which opposes deployment.

“Due to the President-elect Trump’s recent remarks on terminating the ‘One China’ policy, the conflict between Washington and Beijing is expected to intensify soon,” Ki Dong-min continued, referring to an ongoing diplomat spat between Trump and China.

“Discretion and balance are key during turbulent times like this. In the matter of security and diplomacy, we must first reach national agreement before finalizing the decision.”

Beijing, on the other hand, firmly opposes it. THAAD will “deter the strategic weapon systems in China’s hinterlands,” and is “of little use for preventing North Korea’s nuclear weapons,” Beijing’s Global Times, which is affiliated with the ruling Communist Party, said in an editorial over the weekend.

At the time of publication, China has not responded to Minjoo’s Tuesday statement but has recently made remarks harshly criticizing Park Geun-hye’s China policies, in particular on THAAD.

“She (Park) is leading South Korea back to the shadows of the Cold War… Many South Koreans can see that their country has embarked on a wrong path. South Korea’s opposition party strongly opposes the THAAD deployment,” Global Times said last Friday, the day when Park’s impeachment bill was passed.

“Should the deployment gets postponed as it hopes, then the party is also taking the risk of being branded as ‘pro-North,’ a party that condones Pyongyang’s nuclear weapons and missiles,” an expert told NK News under the condition of anonymity, due to the sensitivity of the issue.

“While failing to provide a solution that would resolve the North’s nuclear armament, Minjoo’s current stance on THAAD comes as a disappointment to me.”

Minjoo’s announcement comes two days after multiple reports revealed that the Ministry of National Defense (MND) is expediting the deployment process, aiming to finish it by May next year - a month earlier than was originally planned.