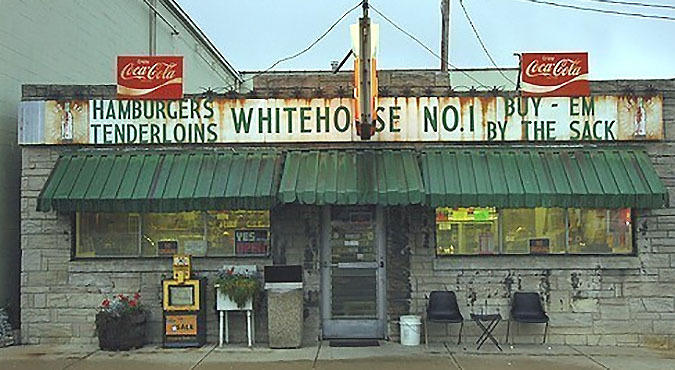 A Donald Trump-dominated Republican National Convention in Cleveland is apparently preparing to dump the internationalist views that have made the Grand Old Party the national security party of choice since the era of Eisenhower. But such an approach could turn the party platform backward in the direction of the nativist, isolationist views of the pre-Pearl Harbor “America First” Committee led by Nazi-apologist, aviator Charles Lindbergh.

Unlike Ike, who made the pledge “I shall go to Korea” to help end a stalemated war a central theme of his 1952 presidential campaign, Donald Trump would apparently have Korea come to him. This would be in the form of North Korea’s Supreme Leader dropping by the White House to eat a hamburger and cut a deal.

Following in his usual off-the-cuff approach to commenting on grave foreign policy concerns, Trump suggested last month that he would “be eating a hamburger on a conference table” with Kim Jong Un. And according to a June 15th report in Politico – which caused heartburn among America’s allies in Seoul and Tokyo – Trump said “I’ll meet Kim Jong Un in the U.S.” and criticized rival Hillary Clinton for not expressing a willingness to do the same.

The problem is that “hamburger helper diplomacy” has already been tried and found wanting. And Mr. Trump, in looking to a Big Mac solution for one of America’s crucial foreign policy challenges, would be following in the footsteps of none other than President Barack Obama, whom Mr. Trump regularly dismisses for his “failed policies.”

Back in the summer of 2010 President Obama tried the hamburger approach by famously taking then Russian President Dmitry Medvedev (Putin’s Mini-Me) to Ray’s Hell Burger in northern Virginia to demonstrate a thaw in U.S-Russian relations. Medvedev even commented that eating a burger made him “feel the spirit of America.” But chowing on burgers with the American President did not prevent the Russians from subsequently annexing Crimea or invading the Ukraine.

But beyond that failure, there are, also, a number of other seemingly insurmountable problems with regards to Mr. Trump’s North Korea “hamburger diplomacy” proposal.

First, the Supreme Leader of North Korea does NOT venture out of Korea, having not left the peninsula even once since assuming leadership almost five years ago. In this he is like his father, Kim Jong Il, who only visited neighboring China and Russia during his seventeen-year rule. So a trip all the way across the Pacific to D.C. to eat hamburgers at the White House does not seem to be in the cards.

Second, the fear of international travel and, in Kim Jong Il’s case at least, fear of flying, seem to stem directly from concerns over coups and assassination attempts. And the Kim family has seen up close and personal the dire straits that can easily befall a careless authoritarian leader. For example, Cambodia’s Prince Sihanouk, a friend of North Korean founding father Kim Il Sung from the non-aligned movement, was removed in a coup in 1970 while on a tour of Europe. North Korea then provided him safe haven, including a palace for his use, as well as a contingent of body guards when he finally returned to Cambodia.

It should be noted that when his father, Kim Jong Il, had summits with two South Korean presidents and a Japanese prime minister, the meetings were held in Pyongyang, not Seoul or Tokyo

Third, barbarians visit emperors, not the other way around. Kim Jong Un would be about as likely to visit Donald Trump in Washington as a Chinese emperor would be to visit the hut of some barbarian chief on the Asian steppes. It should be noted that when his father, Kim Jong Il, had summits with two South Korean presidents and a Japanese prime minister, the meetings were held in Pyongyang, not Seoul or Tokyo. This was despite that old saying that “beggars can’t be choosers,” Pyongyang being an aid recipient from both South Korea and Japan at the time. The only two ex-U.S. presidents, Jimmy Carter and Bill Clinton, to meet with the North Korean leadership have also done so in Pyongyang. Kim Jong Un would want television coverage of an orange-haired President Trump arriving at Pyongyang airport to broadcast to his people as proof of Washington’s kowtowing to North Korea.

Fourth, Asian protocol requires more than just hamburgers. “Greeting friends from afar is one of life’s greatest pleasures,” according to the Analects of Confucius. That means formal toasts, the best dinnerware, and at least a five-course meal, with more food on display than a person could possibly consume. In all of East Asia, not just North Korea, setting out a bunch of burgers with a pile of greasy French fries and a milk shake would be considered the height of insult. Such an informal meal might be considered a friendly gesture from a laid-back, protocol ignorant American, but it is a sure guarantee for NOT securing the “nuke deal” Mr. Trump promises to get from Kim Jong Un.

In all of East Asia, not just North Korea, setting out a bunch of burgers with a pile of greasy French fries and a milk shake would be considered the height of insult

Related, according to various sources, including Dennis Rodman, “awesome guy” Kim Jong Un acquired a taste for the finer things of life during his boyhood sojourn in Switzerland including steak, caviar, cognac, and expensive Swiss Emmental cheese. A Big Mac just won’t cut it with the gourmet tastes of the Supreme Leader.

Finally, Mr. Trump rhetorically asked “who the hell wants him to have nukes?” The answer, unfortunately, is the North Korean military and even the populace, who seem to revel in the propaganda of their nation as a “strong and prosperous nation” and “nuclear weapons state.” If you had to literally eat grass to stick it in the eye of arch-enemy Uncle Sam with nuclear weapons, would you ever think of giving them up? Not likely.

So, Mr. Trump’s vision of hamburgers with Kim Jong Un seems as much a pipe dream as Tea with Mussolini (a leader whom Mr. Trump reportedly admires and quotes from, despite Il Duce’s fascist leanings.) In Franco Zeffirelli’s semi-autobiographical film, a group of expatriate English and American women in Florence watch the gathering war clouds with growing apprehension. One of them, the widow of a former British Ambassador to Rome, personally knows Il Duce and is convinced if she can just meet with him she can work everything out. She goes to Rome to have “tea with Mussolini” and returns confident that she has appealed to Mussolini’s better instincts and all will be well. But in the end, Mussolini proves to have no better instincts and the ladies are all thrown into a detention center for POWs. It appears that in the highly unlikely event there are ever White House hamburgers with Kim Jong Un, the final outcome will be just as disappointing.

A Donald Trump-dominated Republican National Convention in Cleveland is apparently preparing to dump the internationalist views that have made the Grand Old Party the national security party of choice since the era of Eisenhower. But such an approach could turn the party platform backward in the direction of the nativist, isolationist views of the pre-Pearl Harbor “America First” Committee