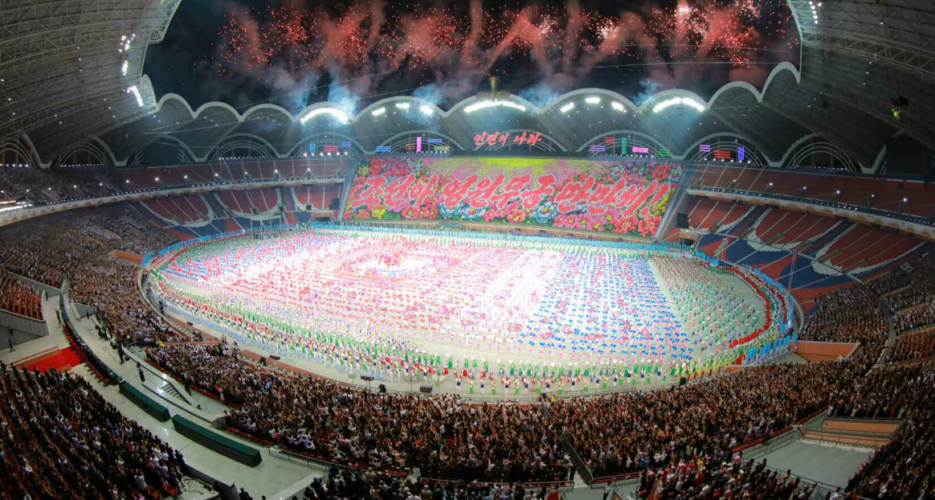 Preparations are underway at North Korea’s May Day Stadium to host this year’s “mass games” propaganda event, satellite imagery shows, suggesting the show could begin as early as next month.

The field of May Day Stadium was on July 9 in the process of being covered in white protective material that has been used for the events since 2018, Planet Labs medium-resolution satellite imagery shows.

The lead time between the field’s covering and the first event in 2018 was around five weeks and in 2019 around seven weeks, meaning that if the pattern holds, the inaugural event this year could fall in mid- to late-August.

This would line up with what two tour companies told NK News last month was a possible start in August, according to their contacts in North Korea.

NK News also reported earlier this week that outdoor practices in Pyongyang for what is officially called the “grand mass gymnastics and artistic performances” have ramped up recently, suggesting the show could open soon.

The recent public practices for the propaganda showcase events were said to involve children, as is the norm for the events, as sources said schools closed at the start of the month due to fears over the spread of the novel coronavirus.

State-run outlet the Pyongyang Times reported last month that this year’s mass games are officially set to return to celebrate the 75th anniversary of the ruling party’s foundation.

Notably, however, the site amended the text sometime since June 25 to erase any reference to an upcoming event, potentially revealing sensitivities over the release of the information.

Last year’s mass games were officially titled the “Land of the People” and began on June 3. They featured a significant step for North Korean leader Kim Jong Un’s cult of personality, in the form of the unveiling of an official portrait for the first time.

Kim notably criticized the show’s performers upon attending the opening night for “their wrong spirit of creation and irresponsible work attitude,” though tour companies told NK News at the time that it did not result in any major changes to the program.

The shows continued that week but were put on hiatus for around two weeks for unknown reasons, before resuming from late June through mid-October.

The 2018 season, titled the “Glorious Country,” was shorter, kicking off on the major September 9 holiday celebrating the DPRK’s 70th birthday and lasting through early November.

This year’s event has yet to receive an official title, and while this week’s preparations at May Day Stadium suggest the first show could come next month, it is also possible that the October 10 holiday could serve as an appropriate opening day.

COVID-19 policies could have also extended the schedule of preparations, as the gathering of hundreds of thousands of participants is likely to conflict with ultra-cautious anti-epidemic measures ordered by Kim Jong Un as recently as this month.

The mass games are often criticized for the harsh conditions of mandatory practices for thousands of young students, with prominent defector Thae Yong-ho last year calling them “inhumane displays” aimed at glorifying the state.

But holding the events amid strengthened COVID-19 measures, even as other public establishments have closed and fewer domestic events are being reported, may also be a sign of the importance placed by the state on the propaganda value of the mass games.

Tens of thousands of spectators also typically attend the near-nightly events at the giant stadium, which could be another source of concern amid domestic social distancing measures and as the country has been under unprecedented lockdown since late January.

Tourists are not expected to attend the events this year due to the ongoing lockdown, with borders closed and tour operators telling NK News last month there were no signs North Korea will open up to international travel in the coming months.

Preparations are underway at North Korea’s May Day Stadium to host this year’s “mass games” propaganda event, satellite imagery shows, suggesting the show could begin as early as next month.

The field of May Day Stadium was on July 9 in the process of being covered in white protective material that has been used for the events since 2018, Planet Labs medium-resolution satellite imagery shows. 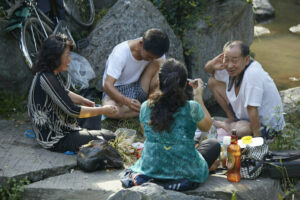 North Koreans suffer from high-ranking hunger, but nearly a third are overweight 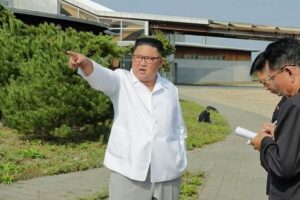 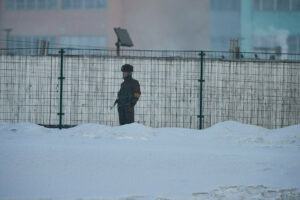