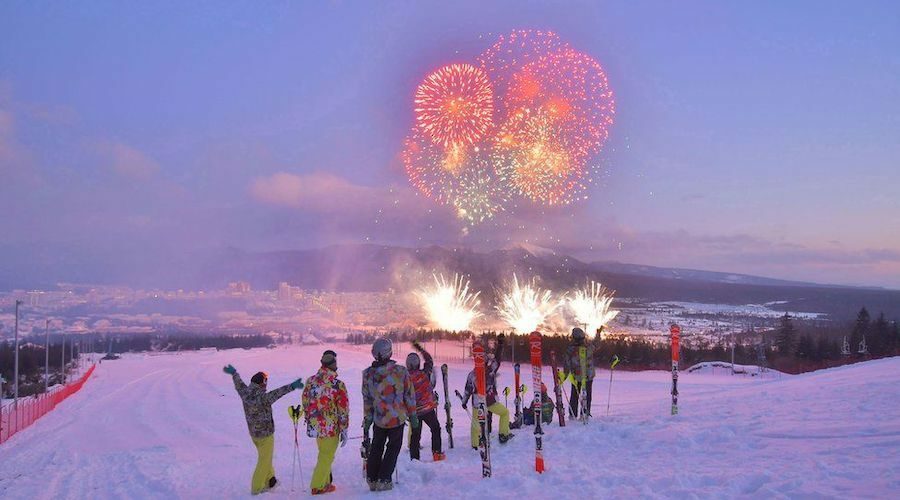 North Korea has elevated the recently-reconstructed and politically-symbolic Samjiyon county to the status of “city,” the country’s state media reported Wednesday.

The elevation of the area’s status by a decree from the DPRK’s Presidium of the Supreme People’s Assembly comes a week after leader Kim Jong Un visited the area for a grand opening ceremony of the newly-reconstructed “utopia” town, covered in extensive detail by state media at the time.

“It was decided to rename Samjiyon County Samjiyon City in the DPRK,” the decree, reportedly handed down yesterday and carried on the first page of party daily the Rodong Sinmun on Wednesday, reads.

“The Cabinet and relevant organs of the Democratic People’s Republic of Korea will come up with the administrative steps to execute this decree.”

The redesignation of Samjiyon to a city brings up the number of cities in North Korea to 25, a spokesperson for South Korea’s Ministry of Unification (MOU) told a regular press briefing on Wednesday.

The appearance of the latest decree on the front page of the party daily was clearly aimed at emphasizing its importance, Minyoung Lee, a senior analyst with NK News‘s sister site NK Pro, said.

“The placement of an SPA Presidium decree on the top left-hand corner of the first page is unusual and is a testament to the importance of the announcement,” she said.

The Samjiyon area holds significant political weight in North Korean propaganda, which claims it as the birthplace of leader Kim Jong Un’s late father, Kim Jong Il, and the site of a revolutionary battle between the country’s founding president Kim Il Sung and colonial Japanese forces.

It is as a result frequently hailed as “sacred place of revolution,” though evidence suggests that Kim Jong Il was actually born in Russia.

Leader Kim Jong Un during a visit to the area last week described it as a “hub for practical experience and an immense edifice for the education in revolutionary traditions.”

North Korea last Tuesday declared that the second stage of a three-stage reconstruction of the city had been completed, with Kim Jong Un having visited the area for a grand opening ceremony the previous day.

The target completion date for the final stage of the construction has been set as October 10 next year, to coincide with the 75th anniversary of the founding of North Korea’s ruling Workers’ Party of Korea (WPK).

Alongside its symbolism in official state lore, North Korea has also frequently touted the Samjiyon development and other similar projects as proof of its economic and technological resilience in the face of international pressure and sanctions.

Speaking during a visit to the site earlier in the year, Kim Jong Un hailed the work as representing a blow to U.S.-led “enemies,” and claimed that “whenever the enemies try to strangle us with the chain of pressure, we should pave the way with our own efforts to continue to live well-off in the great spirit of self-reliance.”

“The move can be seen as Pyongyang’s effort to further promote the city as a) one that symbolizes North Korea’s spirit of self-reliance, and b) one of historical significance,” she said.

North Korea has elevated the recently-reconstructed and politically-symbolic Samjiyon county to the status of "city," the country's state media reported Wednesday.

The elevation of the area's status by a decree from the DPRK's Presidium of the Supreme People's Assembly comes a week after leader Kim Jong Un visited the area for a grand opening ceremony of the newly-reconstructed "utopia" town, covered in extensive detail by state media at the time.