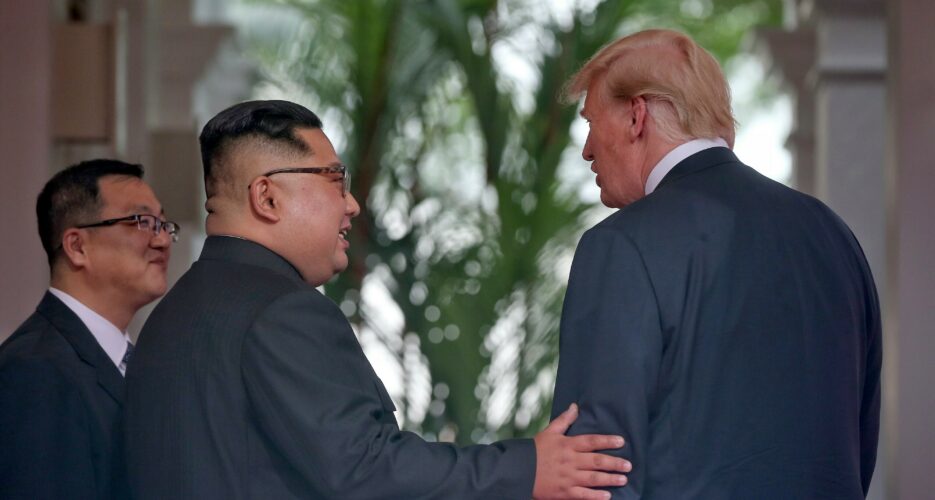 The upcoming Hanoi Summit joint statement is likely to include new pledges focused on the four priority issues that were agreed in the Singapore Summit, but with the addition of a new focus on the the North pursuing a “brighter future,” NK News understands.

The U.S. and North Korea agreed in Singapore to establish new relations that support peace and prosperity, to build a lasting peace regime, to denuclearize the “Korean peninsula,” and to recover remains of prisoners of war (POW) and missing in action (MIA) from the Korean War.

But while pre-summit negotiations between the two countries have progressed at a working-level on three of the Singapore pledge areas, major stumbling blocks on the core issue of denuclearization have prevailed, an informed source said.

As a result, tangible progress on denuclearization issues will now count on the outcome of summit negotiations made directly between President Trump and Kim Jong Un on Wednesday evening and Thursday, they added.

Meanwhile, the new pledge for the North to pursue a “brighter future” – said to likely be included in the final joint statement – will specifically relate to the economic development of the country and appears to echo recent comments by Trump on the purpose of his meeting with Kim.

“Vietnam is thriving like few places on earth. North Korea would be the same, and very quickly, if it would denuclearize. The potential is AWESOME, a great opportunity, like almost none other in history, for my friend Kim Jong Un. We will know fairly soon – Very Interesting!” Trump tweeted on Wednesday.

As a result, while Thursday’s joint statement could look detailed on paper – possibly including an end of war declaration and exchanges of liaison officers – progress on the core issue of denuclearization will hinge on agreements made between Trump and Kim.

NK News separately understands from a source with knowledge of an earlier U.S. position that Washington was interested in an infrastructure package for the DPRK that could be underwritten by a consortium of countries, but which would exclude direct American financial support.

The package would not, however, be deliverable to the DPRK until substantial progress towards denuclearization are achieved, which just two days before the summit remained the core unresolved issue.

And while the second source indicated the U.S. had considered partial sanctions relief through a “snapback” mechanism which would see UN Security Council sanctions reverted to current levels in the event of non-action on denuclearization, it is unclear whether this will be enough for Kim Jong Un to make good on its offer to dismantle Yongbyon nuclear facilities.

The main U.S. priority for the summit is on ensuring those Yongbyon facilities are disabled and eventual eventually destroyed, the source indicated, with international inspection also made possible at the Tongchang-ri and Punggye-ri sites, both of which were partially disabled last year.

Echoing what the informed source said about expecting Singapore pledges to make a resurgence at the Hanoi summit, the second source indicated that the U.S. also hoped to create four working groups to push forward progress following the Hanoi summit.

Those would focus on denuclearization, peace and security, economy and infrastructure, and MIA/POW issues, the source indicated.

It is currently unclear, however, whether the North Koreans agree with those objectives.

One specialist said that the lack of progress on nuclear discussions reflected the “same pattern we saw in the negotiations on the joint statement leading up to the Singapore Summit,” which last year took place at Panmunjom and were led by U.S. Ambassador to the Philippines, Sung Kim.

“First, the North Koreans refused to discuss anything of substance regarding denuclearization, such as a clear timetable of reciprocal steps or a declaration of facilities and stockpiles that is the basis for any serious verification regime,” said Stanford University’s Daniel Sneider told NK News.

“They preferred to wait for the two leaders to meet to discuss those issues.”

“Second, the American negotiators, according to what I have been told directly by participants in those talks, felt undercut at every step by President Trump, whose twitter comments and meeting in parallel with Kim Yong Chol in the Oval Office effectively undermined any ability they had to put pressure on the North Koreans to negotiate,” he continued.

Those talks, Sneider said, continued “right up to the last minute in Singapore… where the North Koreans stonewalled, knowing Trump was locked into the meeting, leading to a joint statement that was remarkable, compared to past documents…”

Overall, Sneider said he would not be surprised “if we are seeing the same thing happening right now in Hanoi,” with Trump being the “decider” on the core issues of mutual concern.

“With the Cohen hearings going on simultaneously in Washington on Thursday, he may feel even more compelled to grab whatever bargain he can to be able to declare victory and make news.”

The upcoming Hanoi Summit joint statement is likely to include new pledges focused on the four priority issues that were agreed in the Singapore Summit, but with the addition of a new focus on the the North pursuing a “brighter future,” NK News understands.

The U.S. and North Korea agreed in Singapore to establish new relations that support peace and prosperity, to build a lasting peace regime, to denuclearize the “Korean peninsula,” and to recover remains of prisoners of war (POW) and missing in action (MIA) from the Korean War. 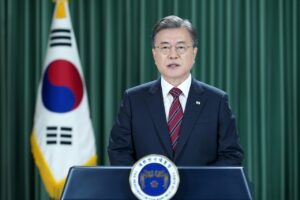 Moon calls for end of Korean War, but US & China skirt peninsula issues at UNGA 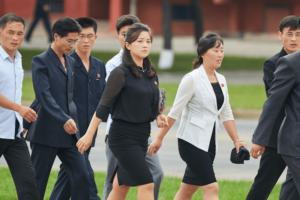