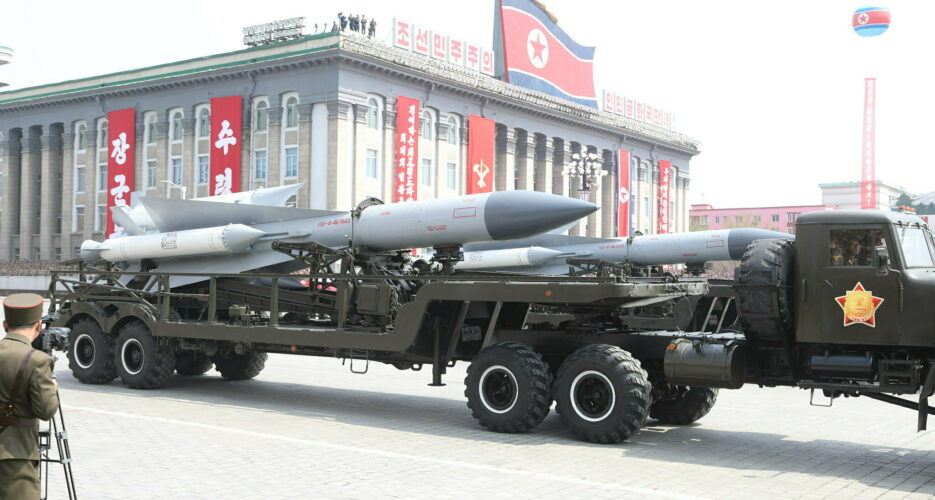 Japan issued an emergency alert at 0706 am that the missile flew over Hokkaido, Tokyo broadcaster NHK said. The broadcaster then reported it splashed down in the Pacific Ocean some 2000 km east of the northern island of Hokkaido.

The missile was launched from near Pyongyang’s Sunan International Airport, the JCS said, the same location used for an intermediate range ballistic missile (IRBM) launch on August 29.

Initial performance indicators from the missile launch, however, suggest it may have been a Hwasong-12 intermediate range ballistic missile. The missile’s single-stage transportable liquid propellant system notably serves as the basis for North Korea’s Hwasong-14 intercontinental ballistic missile.

United States Pacific Command (PACOM) reported that its initial assessment had determined the launch was of an intermediate range ballistic missile (IRBM).

Japan’s foreign minister Taro Kono, however, said that “considering the flying distance, it is believed to be an ICBM missile.”

The United Nations Security Council (UNSC), according to Reuters, will meet at 3 pm EST to discuss the launch.

Despite being launched from a commercial airport, it appears a Friday morning service from Pyongyang to Beijing (JS151) was still scheduled to leave at 0830 am local time, flight data shows.

The launch notably comes after the United Nations Security Council (UNSC) agreed on Monday to support tighter new sanctions against the North in retaliation for its sixth nuclear test last week.

North Korea has a track record of responding to punitive measures with military drills, missile launches, or nuclear tests, and the country’s foreign ministry on Wednesday said it would “redouble” its testing schedule in the wake of the new sanctions.

Friday morning’s launch is North Korea’s first since its sixth nuclear test on September 3, and also comes following reports earlier in the week in U.S. media that intelligence officials had spotted movement of intercontinental ballistic missiles (ICBMs) in DPRK territory.