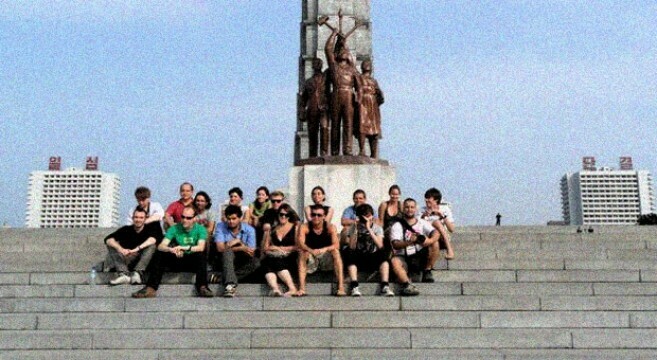 The United States will formally announce that its nationals will be prohibited from touring North Korea on Thursday July 27 – the so-called ‘Victory Day’ holiday of the DPRK – China-based tour operator Young Pioneer Tours (YPT) said on Friday.

Washington had been mulling a tourist travel ban to the DPRK for several months, but it is thought that recent events like the death of U.S. national Otto Warmbier and North Korea’s ICBM test of July 4th catalyzed further consideration of the matter.

“From the 27th of July an announcement will be made that all U.S. tourists will be banned from traveling to the DPRK and will be enforced 30 days later,” Rowan Beard of YPT told NK News in a statement on Friday.

“Any U.S. tourist who travels to the DPRK during this ban will have their passports revoked by their government.”

The U.S. has not yet confirmed the ban, but Sweden’s Pyongyang embassy – Washington’s protecting power in the North – begun calling Chinese travel agencies on Friday, Beard said, to check on numbers of U.S. tourists currently in-country.

An informed source who requested anonymity confirmed previously to NK News that a travel ban from the U.S. was scheduled for “late July,” stating that there would likely be humanitarian and journalistic exemptions to allow NGO and press personnel to continue their work.

It is not yet clear, however, if the humanitarian exemption will extend to those involved in work at the Pyongyang University of Science and Technology (PUST), a school staffed by numerous faculty members.

Two Korean-American staffers who worked at the university were detained earlier this year by North Korean authorities and, having not yet faced trial, it is unclear how long they will be held.

“It’s a pity, because if you’re pro-human engagement, there’s nothing anywhere near as good as human contact as a tool to combat media narratives about what people from other places are like,” said Simon Cockerell, General Manager at the Beijing-based Koryo Tours agency.

“Unfortunately, the representation of Americans in official (North Korean) state media is horribly negative,” he continued. “One thing counteracting this – for the few people who can interact with them  – is human level contact. And that now is not an option.”

“Tourist travel to North Korea does nothing but provide funds to a tyrannical regime—that will in turn be used to develop weapons to threaten the United States and our allies, as I saw firsthand on a rare visit to Pyongyang,” Congressman Joe Wilson said in a press release at the time.

YPT made a unilateral decision to stop taking U.S. nationals to North Korea after Otto Warmbier – one of its former clients – was returned to the U.S. in a coma, later dying from unspecified causes.

Following the news, the Beijing-based Koryo Tours and New Jersey-based Uri Tours both announced they were considering similar, company-wide bans on accepting U.S. nationals, given the gravity of the situation surrounding Warmbier’s death.

Uri Tours, which is run by U.S. national Andrea Lee and predominantly takes U.S. tourists to North Korea, may be particularly hard-hit by the ban.

The North Korean government has in the past used detained citizens to leverage high-level visits and negotiations, with the most recent bill in May designed to tackle this type of hostage diplomacy as well as the funds generated by U.S. tourists visiting the DPRK.

It is thought approximately 1,250 U.S. tourists visit North Korea each year, a figure that would generate about $1.9 million dollars of U.S. consumer expenditure, a figure inclusive of fees towards travel, food, and accommodations.

Tristan Webb, senior analyst at NK PRO, previously said the context of the proposal might make it well received.

“It might scratch a Congressional itch to “do something” about the DPRK nuclear threat, but the effect would be more of a bark than a bite,” he said.

“It will have no discernible effect on the DPRK’s prohibited programs or regime stability, and runs counter to the recommendations of the UN Commission of Inquiry for countries to expand interaction with an isolated DPRK,” he added.

But Joshua Stanton, an attorney and author of the One Free Korea blog, told NK News that such a move would cut off vital hard currency to the North and protect Americans.

“First, it would reduce the number of Americans who get themselves arrested. Each of those arrests creates immense hassles for the State Department and bargaining chips for Pyongyang,” he said. “Second, it would deny Pyongyang another source of hard currency at a time when we’re trying to put it under financial pressure.”

“Third, it would make Treasury Department sanctions against Air Koryo more effective by expanding the range of transactions that would be frozen.”

The United States will formally announce that its nationals will be prohibited from touring North Korea on Thursday July 27 – the so-called 'Victory Day' holiday of the DPRK – China-based tour operator Young Pioneer Tours (YPT) said on Friday.

Washington had been mulling a tourist travel ban to the DPRK for several months, but it is thought that recent events like the death of U.S. national Otto Warmbier and North Korea's ICBM test of July 4th catalyzed further consideration of the matter.