Air China to renew Beijing-Pyongyang service on May 5
Renewal of service comes amid speculation U.S. may push for global ban on Air Koryo
Chad O'Carroll April 24, 2017 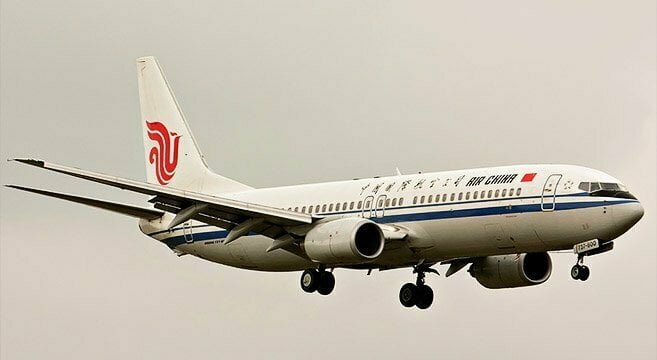 Air China will resume selling flights from Beijing to Pyongyang from Friday May 5, despite sources telling NK News in late March that the airline would be suspending services for the rest of the year.

The resumption of the service, which will fly on Mondays and Fridays from May 5 until October 27, 2017, comes after the airline on April 14 denied claims – also circulated by Chinese state media – that service would be halted for the remainder of the year.

Although Air China has not offered a Beijing – Pyongyang service since April 14, the airline described the measure as being due to “the situation of ticket sales,” implying the rationale for ending the flights was purely economic.

But given an ongoing gas price spike in Pyongyang and a growing geopolitical spat between China and the DPRK, the abrupt resumption of the service could be designed to mitigate potential problems should North Korea’s own state airline, Air Koryo, lose access to Chinese airspace.

On April 13, Reuters said that the U.S. government was considering various new economic measures to penalize North Korea for its ongoing nuclear and missile programs, one of which included a “global ban on Air Koryo.”

Any suspension of Air Koryo service would be unprecedented, said one regular visitor to the North.

“I don’t recall a time when Air Koryo had stopped flying for any reason at all,” said Simon Cockerell, General Manager of Koryo Tours. “Even during SARS they still flew their normal roster at the time, so this would be very unusual,” he said, referring to the 2002-2004 disease outbreak in Northeast Asia.

“Outside of media speculation I haven’t heard any rumors about an Air Koryo suspension, but if it is something forced from the outside then I don’t know why I would hear anything about it,” he added. “They have a seasonal schedule and sometimes more flights one week and fewer the next but they always fly at least their main scheduled flights from Beijing very reliably.”

But with the Air China service now set to renew, travel to the DPRK will once again be possible without Air Koryo, which is designated as a sanctioned entity in the U.S. and South Korea.

Air China, which has historically only offered twice-weekly flights to Pyongyang between late March and early November each year, has a notable record of abruptly canceling flights during planned service periods due to a lack of demand.

Diplomats from some countries have historically refused or been discouraged from flying into North Korea using Air Koryo, meaning the cancellation of the expected summer service could have required some expats in the city to enter and leave the country by train.

While offering a more relaxing route, travel time to Beijing and associated customs processing at Dandong by train takes around 24 hours and route capacity is limited. In addition, electricity shortages during winter months can lead to significant delays.

The March announcement that Air Koryo will be offering twice weekly shuttle flights from Pyongyang to Dandong was suggested by some to be a means for North Korea to compensate for the April suspension of the Air China service.

Air China will resume selling flights from Beijing to Pyongyang from Friday May 5, despite sources telling NK News in late March that the airline would be suspending services for the rest of the year.The resumption of the service, which will fly on Mondays and Fridays from May 5 until October 27, 2017, comes after the airline on April 14 denied claims – also circulated by Chinese state