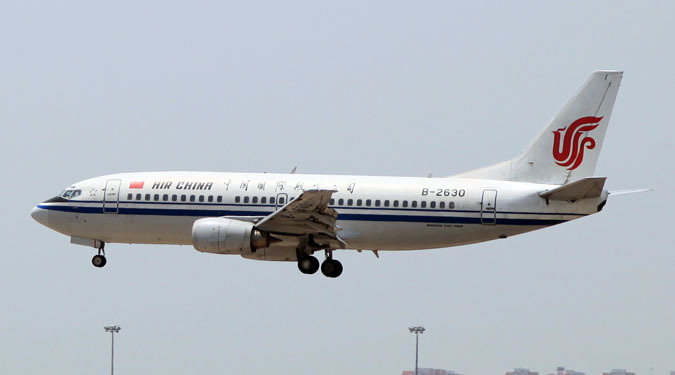 The cancellation, which comes the same week that a new Air Koryo Pyongyang-Dandong shuttle service was announced, will see the only air route to North Korea serviced by a non-sanctions-designated airline be severed.

“Air China will only fly in the first two weeks of April, then no more in 2017,” a source with information about the development told NK News on Thursday, describing the decision as being linked to a “lack of customers”.

“The Korea International Travel Company (KITC) told me they were told Air China’s flights were all being canceled but were not sure if it would be before the marathon or after,” Simon Cockerell, general manager of Koryo Tours, also said on Thursday.

Air China, which has historically only offered twice-weekly flights to Pyongyang between late March and early November each year, has a notable record of abruptly canceling flights during planned service periods due to a lack of demand.

“They never actually operated the route year round and were somewhat notorious for the occasional inconvenient cancellation, hence why most tour companies barely used them,” said Cockerell.

“I think as long as Air Koryo continue to fly then it might not be that big of a deal,” said Cockerell about the potential significance of the development. “If Air Koryo are able to add routes and if they get permission again for extra flights, charters and so on, then they are limited only by their number of aircraft.”

But diplomats from some countries have historically refused or been discouraged from flying into North Korea using Air Koryo, meaning the cancellation of the expected summer service could require some expats in the city to travel by train to enter and leave the country.

While offering a more relaxing route, travel time to Beijing and associated customs processing at Dandong by train takes around 24 hours and route capacity is limited. In addition, electricity shortages during winter months can lead to significant delays.

The announcement that Air Koryo will be offering twice weekly shuttle flights from Pyongyang to Dandong could, however, be linked to the forthcoming Air China suspension, another tour operator speculated, speaking on condition of anonymity.

Air China will cancel all flights to North Korea following the April 9 marathon in Pyongyang, two sources told NK News on Thursday.The cancellation, which comes the same week that a new Air Koryo Pyongyang-Dandong shuttle service was announced, will see the only air route to North Korea serviced by a non-sanctions-designated airline be severed."Air China will only fly in the first two