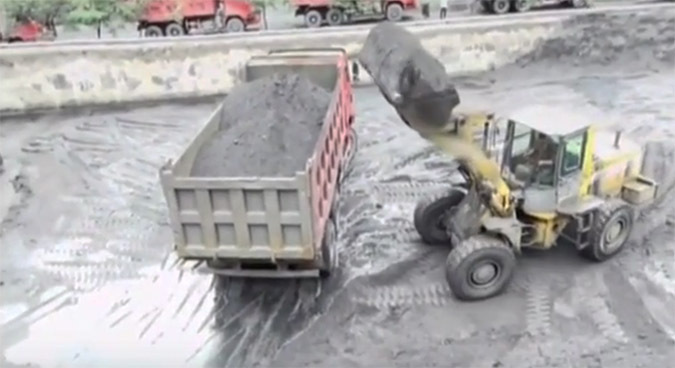 China will cease all coal imports from North Korea until the end 2017, the Ministry of Commerce of the People’s Republic of China (PRC) stated on Saturday.

The announcement, which was justified as a means to implement UN Security Council Resolution 2321, will suspend the import of all North Korean coal from Sunday February 19 until December 31, 2017.

The suspension could have a big impact on Pyongyang’s financial outlook for the year, with exports to China valued at $2.6 billion dollars in 2016 alone, or 44 percent of the DPRK’s total exports to the PRC.

“If this Chinese central government policy is implemented on the ground, it will have an influence on North Korea’s hard currency flow,” said NK Pro senior analyst Chris Green about the development. “For now, we’ll have to wait and see whether words are followed by actions.”

The ban follows China rejecting a 16,295 tonne coal shipment from North Korea last Monday – the day after Pyongyang conducted a controversial ballistic missile test – as well as a similar but shorter ban on coal imports in December.

It’s not year clear what prompted China to announce such a long-term ban, but it’s possible the announcement is in response to recent developments involving the DPRK.

“(This policy) suggests that the Chinese government believes North Korea was responsible for the murder of Kim Jong Nam,” Green said. “Irrespective of China’s relationship with Kim Jong Nam, Beijing does not want to seem indifferent to state-sponsored assassinations abroad.”

Despite the ban, on Saturday Beijing made clear that U.S. policy needs to change direction overall when it comes to North Korea.

“China just keeps on telling you this is not working, although we’re going along with you,” Fu Ying, who chairs the Foreign Affairs Committee of China’s legislature said at the Munich Security Conference on Saturday. “You have to realize — without talking with them, you will only drive them in the wrong direction further.”

Fu appeared on stage with South Korean Foreign Minister Yun Byung-se and U.S. Senator Dan Sullivan at the time he made his comment.

The resolution introduced a coal export cap for North Korea, added after previous attempts to limit the commodity’s export stalled. An earlier resolution passed in March 2016 called on member states to stop importing coal if the revenues could be linked to the DPRK’s weapons programs.

However, a “livelihood” exception in the March 2016 resolution allowed coal trade to continue, with Chinese imports even hitting record levels in August that year.

Article updated on Sunday to include Fu Ying remarks

China will cease all coal imports from North Korea until the end 2017, the Ministry of Commerce of the People's Republic of China (PRC) stated on Saturday.

The announcement, which was justified as a means to implement UN Security Council Resolution 2321, will suspend the import of all North Korean coal from Sunday February 19 until December 31, 2017.