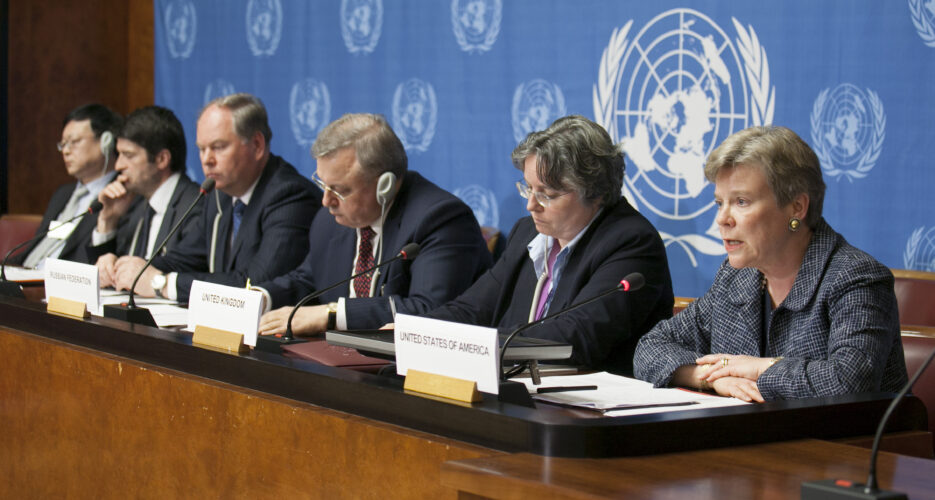 It was reported that China opposed the resolution draft submitted by the U.S., considering “the impact on the ordinary North Korean people.”

The U.S. revealed little more about its struggles to reach an agreement with China. Samantha Power, the U.S. Ambassador to the United Nations, reportedly said “No” when asked whether the U.S. and China were close to an agreement on the UN Security Council measures on North Korea, according to Reuters.

China’s Ministry of Foreign Affairs has not offered any official statement as of yet.

China is known to have cut off its crude exports to North Korea since 2013, after its third nuke test. North Korea took Russia’s oil as plan B, but Moscow’s influence is not as great as China’s.

“A sanction on oil is actually really extreme, as it would likely shut down all of North Korea’s commercial sector too. People wouldn’t be able to move food and things around the country. It would certainly affect non-military or elite targets,” Leo Byrne, data and analytics director at NK News said.

“The military very likely takes the first cut of any oil or oil products coming into the country. They need to keep their tanks and jets fueled. so it’s likely a sanction on crude oil would squeeze a lot of the civilian use of oil products too.”

Another expert surmises that China attempts to keep North Korea and the rest of the world balanced.

“Although their crude exports from China have disappeared from the data since 2013, such behavior reflects that they have still backed up their neighbor’s infrastructure.”

It was reported that China opposed the resolution draft submitted by the U.S., considering "the impact on the ordinary North Korean people."