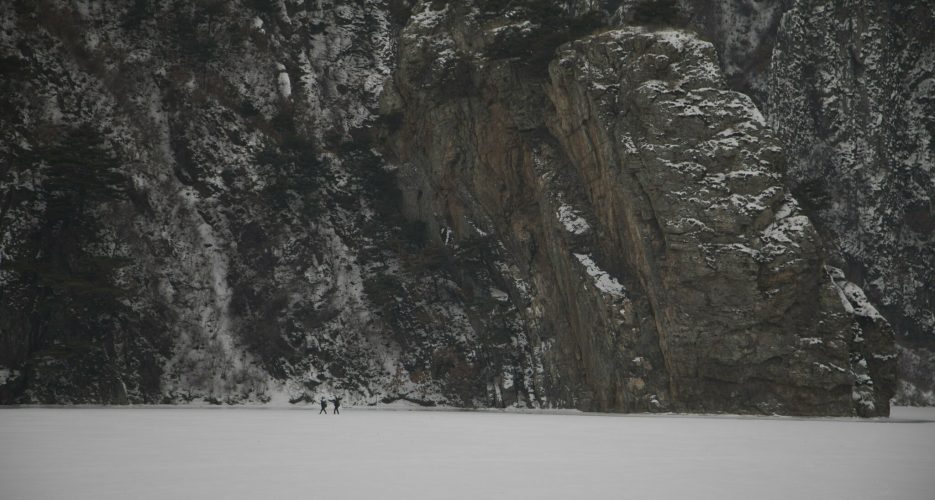 The report, which quoted the Hong Kong based independent newspaper the Wen Wei Po, suddenly reappeared ten days after the Singapore daily published and some 24 days after the original report surfaced in Hong Kong.

Jang had been “stripped naked and thrown into a cage along with five of his closest aides” before being killed by 120 dogs – who preyed on the group “until they were completely eaten up,” the Straits Times said of the original Wen Wei Po report.

Describing the execution as “quan jue,” the article said that the bloody execution took an hour to complete and suggested that Kim Jong Un had personally supervised it with “300 senior officials.”

As with many rumors on North Korea, the story was not verifiable.

Although North Korea did announce Jang Song Thaek’s execution on December 13 – one day after the original Wen Wei Po rumor surfaced – no information was released about the manner in which he was killed.

While experts have cast doubts over the credibility of the Straits Times story, last summer the Korea Central News Agency (KCNA) released a video showing the gruesome ‘killing’ of an effigy of former South Korean President Lee Myung-ba –  by a pack of dogs.

In the video the dogs are shown tearing up a life-like effigy of Lee moments before his corpses is seen being dragged through mud by tanks. Later, a large group of young children are seen attacking the effigies’ severed head with stones.

In this context, Honorary Senior Research Fellow in Sociology and Modern Korea at the University of Leeds Aidan Foster-Carter said the rumor about Jang Song Thaek had potential credence.

“The story might be true. As you know, North Korea is happy to publish horrid videos of effigies of foes (Lee Myung-bak, also ROK defence minister Kim Kwang jin) being torn to pieces by dogs.”

However, Foster-Carter said more information was needed: “It may just be rumour. I’d be interested to see South Korea’s National Intelligence Service take on this – they had the Jang purge story first.”

Another experts said that in light of recent events, the story could be true:

“It sounds credible, particularly given the horror stories coming out of North Korean labor camps where dogs are fed by political prisoners,” said Dr. Leonid Petrov, of the Australia National University in Canberra.

“The system is built on fear and works only when both the elites and and the grass roots are scared and docile…Uncle Jang was hand picked to serve simultaneously as a scapegoat and a scarecraw for the regime.” Petrov added.

But Christopher Green, international editor at The Daily NK warned that mainstream media organizations had a tendency to reprint sensationalist stories on North Korea with little regard for truth.

“Some news organizations do now check these stories out with people like Daily NK, and thus the sensationalism quotient is being slowly ratcheted down in some quarters. But most don’t, and not only do they not check, they don’t even want to check as that would require them to hold back on some stories. They cannot resist the clicks, as it were.”

“The right attitude to adopt is, ‘It might be true, but is there any evidence or common sense to suggest that it is?’ We see just as much knee-jerk rejection of these stories as knee-jerk acceptance, and neither approach is actually much help to us.”

Several rumors – none of which have been substantiated – have circulated about the fate of Jang Song Thaek since his execution.

The report, which quoted the Hong Kong based independent newspaper the Wen Wei Po, suddenly reappeared ten days after the Singapore daily published and some 24 days after the original report surfaced in Hong Kong.