Detained American was missionary dispatched to China
“I knew that Jesus wanted me to be a ‘channel’ to the North”
James Pearson May 6, 2013 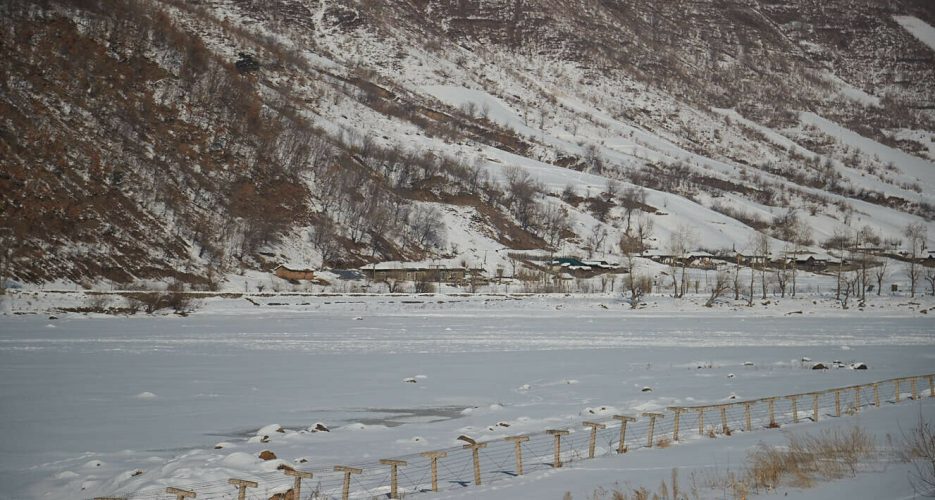 SEOUL – Kenneth Bae, a Korean-American currently being detained by the North Korean government, is a trained missionary who was using his China-based tour company as a platform to bring missionaries into North Korea, NK News can confirm.

Bae was initially sent to China by the evangelical missionary organization “Youth With a Mission” (YWAM) in 2006, according to a post on the website of a Korean Presbyterian Church in St. Louis that supports his mission in China.

“I knew that Jesus wanted me to be a ‘channel’ to the North,” Bae said during a sermon he delivered to a Korean congregation gathered at the U.S. church in December 2011. “This year, I’m working at taking several short term missionary teams into North Korea.”

MISSIONARY WITH A MISSION

According to the post, Bae was sent to China by YWAM to run one of many Disciple Training Schools (DTS) operated by the organization worldwide. The schools are designed to equip missionaries with the skills needed to convert people into Christians.

“Thousands of ethnic people groups are cut off from the gospel by cultural, religious, and political barriers,” a voiceover narrating a 2010 promotional video celebrating the 50th anniversary of the organization says.

“Frontier missionaries from YWAM are planting and establishing churches in the midst of these peoples wherever they may be found.”

It could not be confirmed if Bae is still employed by YWAM, but a 2011 note written by Bae and published on the website of the Korean Presbyterian Church indicated he was operating in line with the organization’s aims at the time, and was working towards the creation of a “University of the Nations campus” in China.

Founded by YWAM in the late seventies, the University of the Nations is a global network of non-accredited educational institutions designed to train its missionaries.

“We have several of us getting ready to spread the gospel from Pyongyang to Jerusalem,” the note said. “We plan to open up a new base from which mobilization and missionary works for North Korea can all be carried out from one location.”

Bae signed the note as director of the “CMCC” – the name used for YWAM’s centre for missions in China.

THE FORMATION OF “NATIONS TOUR”

Bae registered a foreign-invested company, “Dandong Wanbang Tourism Consulting,” in June 2008, to a small office in Dandong, overlooking the Yalu river that divides China and North Korea, according to Chinese records obtained by NK News.

“I already had a cultural exchange company in China, and therefore already brought in many foreigners; guiding, feeding, and housing them. Many wanted to go and see North Korea too,” Bae said during the 2011 sermon, delivered to the Korean church in St. Louis.

“I therefore said I would create a ‘Love Choson [North Korea] Tour’ about loving people, loving culture, and loving nature. We did this, and saw where and how North Koreans live their lives.”

Bae said he was first introduced to the prospect of conducting work in North Korea by a fellow missionary, named Lee Ju-hye. “On my second visit [to North Korea],” Bae said, “ I didn’t have to use an acquaintance to get in – I received a direct invitation.”

“I explored [opportunities for] my work by using tourism,” he said.

“I wondered, if more people could come and go freely, will the wall fall down more quickly? Wouldn’t it be good if prayers and worshipers could live and stay in that place? So I asked: ‘Can foreigners come as tourists?’ They said that the door had been open in Rajin and Sonbong [Rason] since last year.”

According to eyewitness accounts in October 2010, Bae visited Rason to assess the Special Economic Zone (SEZ) as a potential location within which to run tours.

“I spoke to Mr. Bae very briefly when we had a short break from driving to the Chinese border,” Edwin Smit, a Dutch tourist who met Bae in the North Korean border region of Rason in October 2010 told NK News. “He mentioned that he was exploring business opportunities for tourism within the DPRK.”

A year later, in October 2011, Bae registered the domain for his North Korea tour company “Nations Tour” – to which he gave the motto “Loving People, Loving Culture, and Loving Nature.”

“Nations Tours was a tour agency that I used to book my group into North Korea. It was a tour agency promoting cross-cultural experiences,” John Geissler, a U.S.-based missionary told NK News in an interview last week.

“We had hoped to begin production of detergent in China for export into North Korea,” Geissler said.

“Sometimes it takes a business to do missionary work.”

SEOUL – Kenneth Bae, a Korean-American currently being detained by the North Korean government, is a trained missionary who was using his China-based tour company as a platform to bring missionaries into North Korea, NK News can confirm.

Bae was initially sent to China by the evangelical missionary organization “Youth With a Mission” (YWAM) in 2006, according to a post on the website of a Korean Presbyterian Church in St. Louis that supports his mission in China.