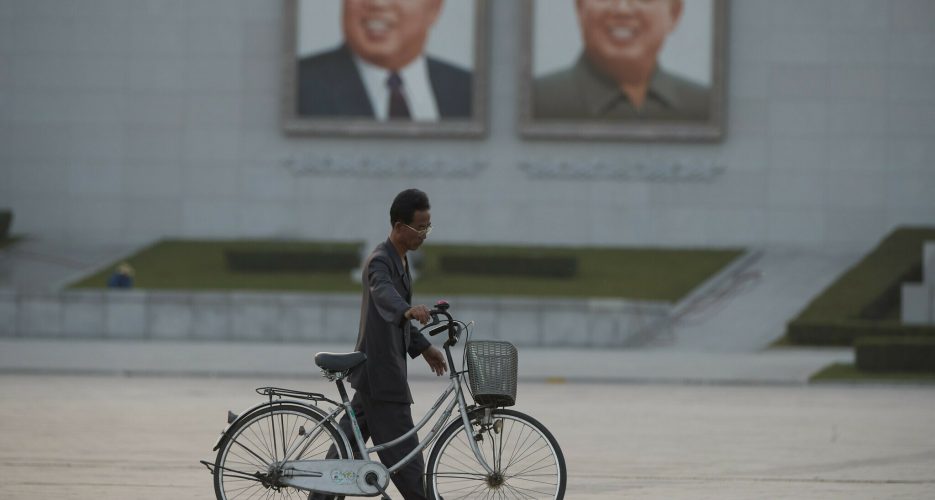 The North Korean Supreme People’s Assembly (SPA) met for a second time today in a meeting which may have left some scratching their heads. Reuters News had run reports in recent days from a well-placed source that a host of economic reforms would have been announced at the meeting, while other sources led to speculation that the meeting would be touching on laws related to the Special Economic Zones (SEZs) located at Rason and Hwanggumpyong and Wihwa Islands, especially with regards to the investment climate.  But despite all the speculation, in the end only two reform related issues were discussed according to KCNA reports on the meeting, relating to education and organizational matters.

Although KCNA reports didn’t refer directly to the reforms so many in the media had been expecting, does this mean that they weren’t discussed at all?  NK News analyst Luke Herman explores this question after first looking at the items that were discussed:

One of the main issues discussed today was education reform, with compulsory education in the North increasing from eleven to twelve years, something The Daily NK had forwarned a week ago. According to the KCNA report:

The move fits in with a recurring theme in North Korean propaganda since Kim Jong Un took over – his concern for the well-being of the younger generation of North Korea. In just his first nine months, Kim has toured the Mangyongdae Revolutionary School, visited a number of fun fairs and youth parks, inspected a Children’s Department Store and the Changjon Primary School, and gave a speech to a joint meeting of the Korean Children’s Union. All these signal a leader that is constantly thinking about how to improve the lives of these children in myriad ways (better schooling, more places to play, etc).

If the two reports specifically dealing with education reforms are to be believed, there will be a significant increase in the budget for education and the educational infrastructure:

“The expenditure for education should be markedly increased in the state budget, and electricity, equipment and materials needed for education be provided on a preferential basis.

The role of organizations patronizing schools should be raised and the officials of all units including provincial, city and county people’s committees should pay deep attention to the education and push forward the work for the enforcement of the universal 12-year compulsory education in close combination with the model education county movement.

Educational and scientific research institutions should strengthen study for raising the quality of the universal 12-year compulsory education on the basis of a correct review and analysis of the present state of education of the country and the worldwide education trend. They should analyze and systematize scientifically and theoretically the new and advanced teaching methods and experience created in practice and generalize them.”

There were also a few organizational issues dealt with.

“Hong In Bom, chief secretary of the South Phyongan Provincial Committee of the WPK, and Jon Yong Nam, chairman of the Central Committee of the Kim Il Sung Socialist Youth League, were elected members of the SPA Presidium to fill the vacancies.

It is difficult to discern what, if any, importance comes from these. The most notable is the removal of Choe Hui Jong and appointment of Kwak Pom Gi as chairman of the Budget Committee. Choe Hui Jong is (was?) the Department Director of an unknown WPK Department. His last appearance was on January 26, 2012 when he appeared at a meeting on Kim Il Sung’s work. Kwak is the former Chief Secretary of the South Hwanghae Provincial Committee of the WPK. He was named Director of the WPK Finance and Planning Department, as well as an alternate member of the Politburo, in April of this year. Choe had never been publicly named as the chairman of the Budget Committee, but it seems like he must have taken over from Pak Nam Gi after the latter’s removal following the disastrous currency reform in December 2009. Interestingly, at the time of his removal, Pak was also the Director of the WPK Planning and Finance Department. Kwak would seem to be in prime position to take the blame in case reforms don’t go as planned.

No Economic and Agricultural Reforms?

Just because economic reforms weren’t revealed publicly doesn’t mean they never came up. It is highly likely that agricultural and industrial reforms (see here, here and here for more on both) were discussed, as well as possible revisions to the SEZ laws. In fact, it would have been much more surprising (if not for all the articles published in the run up to the SPA) if the North had publicly released details of reform. Reform measures in July 2002 went unannounced, as did a major currency reform in December 2009. Following the failed rocket launch in April, where the regime was forced to admit that the rocket had crashed shortly after takeoff, they may have been especially wary to publicly announce something that might not work.

However, the secrecy may also hurt the policies ultimate chance of succeeding. For example, farmers will be more skeptical because there is not a clear signal from Pyongyang that reform is here to stay. Looking at past reforms that fizzled, they may approach warily in case they get too far ahead and open themselves up to criticism or punishment.

Ultimately, this meeting did not tell us a great deal about the direction the regime is headed. The aforementioned increase in educational spending is positive, until one considers what much of North Korean education focuses on. While there does seem to be a great deal of emphasis on information technology, there is no indication that the disproportionate amount of time spent on the “revolutionary history” of Kim Il Sung and Kim Jong Il will be adjusted. Furthermore, it is difficult to discern what, if any, consequences the organizational rearrangements will have on policymaking going forward. Without public discussion of what analysts were truly looking forward to – namely agricultural and industrial reforms – analysts will once again be reliant on defector reports and “reading the tea leaves” in the days and weeks ahead.

The North Korean Supreme People’s Assembly (SPA) met for a second time today in a meeting which may have left some scratching their heads. Reuters News had run reports in recent days from a well-placed source that a host of economic reforms would have been announced at the meeting, while other sources led to speculation that the meeting would be touching on laws related to the Special Economic

Luke Herman is a regular writer at NK News and the Peterson Institute’s “Witness to Transformation” blog. He is a graduate of the UCSD School of International Relations and Pacific Studies (IR/PS). Follow him on Twitter (@luke_herman) or email him your comments at [email protected].