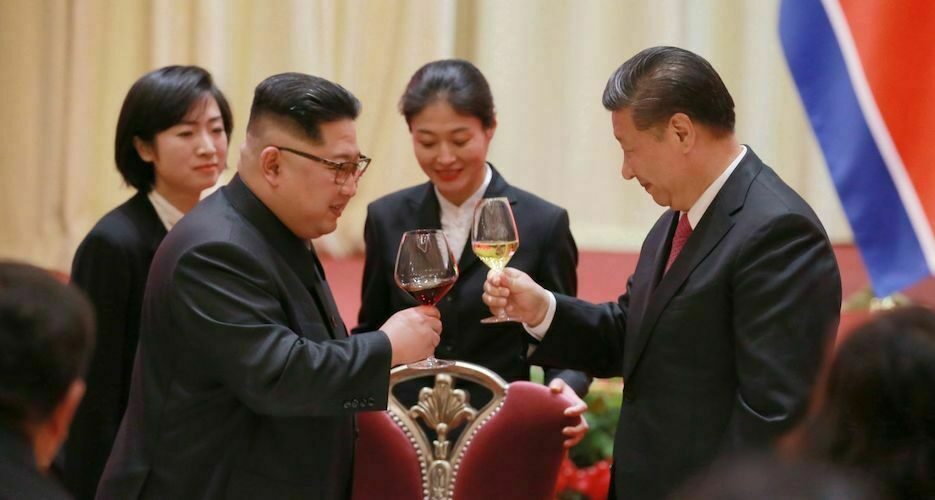 North Korea’s ambassador to China has expressed full support for Beijing’s new Hong Kong national security law and promised that his country would “fight side by side” with China against alleged U.S. aggression.

Speaking to the Global Times in an interview published Friday, Ji Jae Ryong, who has been a North Korean ambassador to China since 2010, condemned alleged U.S. interference in Beijing’s internal affairs.

“We express our full support and solidarity with the Chinese people and the Communist Party of China (CPC) in their efforts to resist U.S. interference and arbitrariness, and to safeguard national sovereignty and territorial integrity,” Ji was quoted as having said.

The DPRK ambassador, the article continued, “voiced full support and solidarity” with the CPC, particularly its “resistance to U.S. interference in China’s internal matters, such as Hong Kong affairs.”

The U.S., Ji said, had “provocatively” and “openly smeared the CPC and the country’s socialist system” this year, forcing China-U.S. relations into a “confrontation of ideologies and systems.”

“This shows that the U.S. feels its hegemonic position is threatened by the development of China and the strengthening of socialism,” Ji said, vowing that Pyongyang will “fight side by side” with Beijing to “claim the ultimate victory” for their systems.

A commentary in ruling party daily the Rodong Sinmun published on Thursday reported that the U.S. “is intensifying pressure” against the CPC and the “socialist system of China,” while claiming that such efforts are “bound to fail.”

The article was conveniently placed next to a report on China passing the National Security Law in Hong Kong.

“Under the leadership of the CPC, the Chinese people have achieved world-startling changes and development,” the Rodong Sinmun article read.

“The Chinese people have achieved many successes in the struggle for preventing the spread of COVID-19 … This is unthinkable, apart from the leadership of the CPC.”

On Tuesday, the North Korean ambassador delivered a floral basket from the DPRK ruling party to Wang Yajun, deputy head of the Internal Liaison Department of the CPC Central Committee. The flower basket was meant to honor the 99th founding anniversary of the CPC.

In contrast, North Korea has largely closed its doors to diplomacy with the South and the U.S. in recent weeks, both by blowing up the inter-Korean liaison office and by claiming that all talks with Washington “ended in vain.”

In early June, a top North Korean foreign ministry official also warned that the U.S. will face “horrible” consequences should it meddle in inter-Korean relations.

Nevertheless, Pyongyang appears to be strengthening ties with its traditional ally, Beijing. North Korea’s state media and officials have become increasingly more explicit about the DPRK’s solidarity with China on major issues, like the trade war and Washington’s position on Hong Kong.

While North Korea has taken sides with China on several geopolitical issues in the past, the North Korean foreign ministry’s comments are happening while the DPRK and China hold close exchanges over COVID-19 prevention measures.

Most recently, China donated Personal Protective Equipment (PPE) and laboratory reagents to the DPRK Ministry of Public Health once again last week, according to a World Health Organization (WHO) official who spoke with NK News on Tuesday.

In early May, Kim Jong Un delivered a “verbal message” congratulating Xi Jinping for his country’s “success” in fighting the virus.

North Korea's ambassador to China has expressed full support for Beijing's new Hong Kong national security law and promised that his country would "fight side by side" with China against alleged U.S. aggression.

Speaking to the Global Times in an interview published Friday, Ji Jae Ryong, who has been a North Korean ambassador to China since 2010, condemned alleged U.S. interference in Beijing's internal affairs.