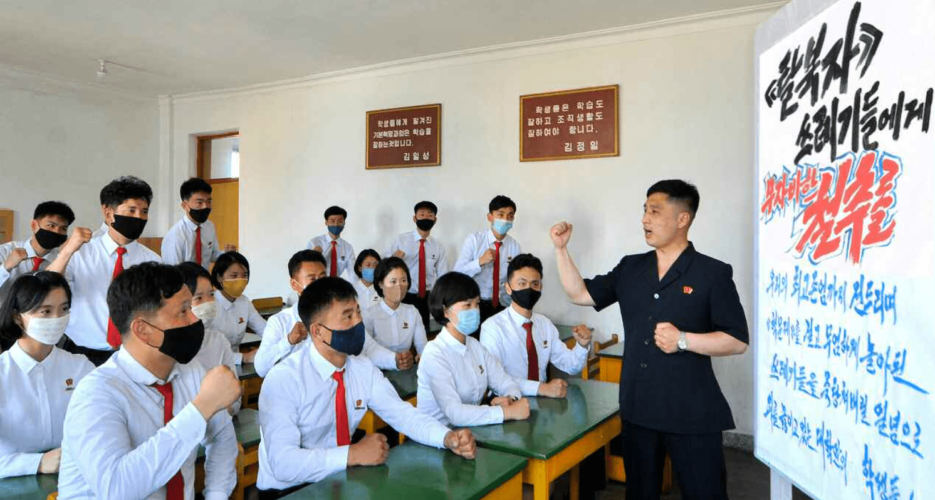 North Koreans from all walks of life are prepared to send “leaflet bombs of justice” across the inter-Korean border in a bid to “terrorize” the South, state media reported Friday, in a bid to retaliate against Seoul’s failure to stop defector activists from sending anti-regime leaflets into the North.

Articles spanning the entirety of the fifth page of Friday’s Rodong Sinmun reported on the reaction of the North Korean public to DPRK military plans to redeploy troops into previously-demilitarized zones and support the scattering of leaflets into the South.

Professors, researchers, and students of Pyongyang University of Publication and Printing, one scholar said, are preparing to “pour the leaflet bombs of justice to the residence of the despicable scum.”

They are capable of “creating ‘gift bundles’ as much as we’d like,” wrote vice dean Hwang Myong Do, and “pour it down to all of South Korean territory at a random moment.”

The leaflets will be aimed at defector-activists who “insulted” their Supreme Leader Kim Jong Un, he said, as well as the South Korean government that turned a blind eye.

Staff at the printing university are determined to march to the border area with “diverse leaflets that will… extremely terrorize and psychologically pressure the human scum.”

The “leaflet bombs” they print, the article warned, will be “horrifying and unimaginable.”

Ho Yong Min, a writer who ahead of the North’s Tuesday demolition of the inter-Korean liaison office warned of an impending “punishment” on South Korea, wrote Friday the North Korean people’s “will for revenge” will prove to be “scarier than nuclear bombs.”

The article condemned the Moon Jae-in administration’s response to the destruction of the office, insisting that it is hypocritical of Seoul to condemn Pyongyang for breaching inter-Korean agreement “when it turned a blind eye to the activities scattering anti-DPRK leaflets.”

The North Korean youth, he said, are “filled with passion to run to the front line region to fully participate in the biggest scale struggle to indiscriminately scatter [anti-South] leaflets.”

“The enemies won’t be able to rest easy and go to bed for even a day now.”

The party daily reported on the domestic response in the border city of Kaesong, the site of the now-demolished liaison office.

One official underscored public demands for further retaliation against South Korea in the near future.

“The infuriated public sentiment cannot cool down just because one building — which was already useless — is gone,” they said.

“Listening to the roaring sound of the North-South joint liaison office destroyed” had been exhilarating, one worker at a construction company in Kaesong reportedly said.

The Rodong on Friday also carried a number of statements from top legal officials and the cabinet, along with the factory vice manager of a fertilizer complex.

The Rodong Sinmun on Friday also reported that the soldiers were happy about the Korean People’s Army (KPA) General Staff’s Wednesday order to deploy troops in previously-demilitarized zones, in defiance of a 2018 inter-Korean military agreement.

An article titled “Back to the Guard Posts” featured a dialogue between discharged soldiers on the day that they read the KPA statement.

“The time has finally come,” they reportedly said. “To those who miss the guard post… the KPA General Staff statement and spokesperson announcement was truly an equivalent to a combat order.”

Discharged North Korean troops reportedly wrote to soldiers at the guard posts “asking for revenge” and gathered together expressing their support of KPA decision.

While they had already left the military, they said, they plan to serve the country by “being the first to run to the areas favorable for scattering anti-South leaflets once they are open.”

“You are now a soldier who defends your country,” one discharged soldier reportedly told his grandson, explaining the importance of the measures taken by the KPA to “open the gunport of punishment.”

The grandson, a newly recruited soldier, vowed “not to grant even the smallest generosity to the people’s enemies.”

“I will certainly make them pay the price for daring to insult our supreme dignity and the entire people.”

North Koreans from all walks of life are prepared to send "leaflet bombs of justice" across the inter-Korean border in a bid to "terrorize" the South, state media reported Friday, in a bid to retaliate against Seoul's failure to stop defector activists from sending anti-regime leaflets into the North.

Articles spanning the entirety of the fifth page of Friday's Rodong Sinmun reported on the reaction of the North Korean public to DPRK military plans to redeploy troops into previously-demilitarized zones and support the scattering of leaflets into the South. 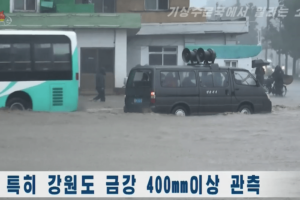