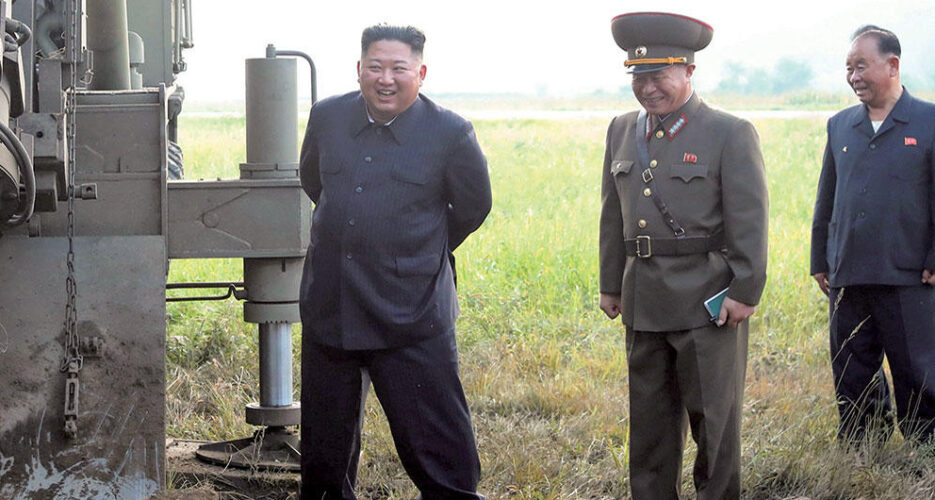 Army General Pak Jong Chon was promoted to the rank of Vice Marshal by order of Kim Jong Un himself, the first official to be granted that title since 2016.

Separately elected to the position of vice-chairman of the CMC by members attending the meeting was Ri Pyong Chol, the first new official to take that job since 2012.

Pak Jong Chon’s new promotion to Vice Marshal sees his star continue to rise after becoming chief of the General Staff of the Korean People’s Army (KPA) just last September and a full member of the Workers’ Party of Korea (WPK) Political Bureau in April.

He has accompanied Kim Jong Un at almost all missile tests and artillery drills since last year, and has even played a more prominent political role — evident in his position riding up front with Kim as the top military man during last December’s horse trek up Mt. Paektu.

Pak also authored a statement that same month on a “crucial” new test at the Sohae Satellite Launching Ground.

“The priceless data, experience and new technologies gained in the recent tests of defense science research,” Pak said in that statement, “will be fully applied to the development of another strategic weapon of the DPRK for definitely and reliably restraining and overpowering the nuclear threat of the U.S.”

That “new policies for further increasing the nuclear war deterrence of the country” were top-line items on the agenda at the CMC meeting Saturday where he received his latest promotion, then, is notable.

The last time the rank of Vice Marshal of the KPA was awarded was in April 2016, when it was granted to Ri Myong Su for having “made great contributions” and “remaining faithful to the party’s Songun revolutionary leadership while working at the important posts of the KPA for a long period.”

The promotion was at that time made “in the joint name of the Central Committee and the [WPK CMC] and the National Defence Commission of the DPRK.”

Pointing out the changes in this week’s promotions, researcher at Seoul’s Kookmin University and columnist for NK News Fyodor Tertitskiy said “it is somewhat unusual” that it was made “by the Supreme Leader’s order, not by a separate decision of the Central Military Commission.”

Tertitskiy said it is also unusual “that his rank is called just ‘Vice Marshal,’ not ‘Vice Marshal of the KPA,’ as it has been since 1985,” and that “the date of the promotion is quite unusual, as it does not come before a national holiday, unless you count the anniversary of Kim Il Sung’s May 25th Instructions as such.”

Ri Myong Su’s promotion to Vice Marshal was made on occasion of the April 15 birthday of Kim Il Sung in 2016.

The change in style could be due simply to “a change in regulations,” he said, also suggesting that the promotion could have been planned for the same holiday last month but postponed due to Kim’s disappearance around that time.

Tertitskiy also wrote for NK News on the subject of the apparent lack of Vice Marshal promotions in recent years, arguing that Ri Myong Su was close to the DPRK leader and that a new promotion to the rank would likely not take place until Ri retired or was promoted.

KIM’S TOP MAN IN THE CMC

His promotion came in the form of a vote from the CMC members, however, instead of an order signed solely by Kim Jong Un.

Ri, like Pak, was also recently promoted to a full Politburo member, and also officially serves as a vice-chairman at the WPK Central Committee.

He was said in a recent report by the South Korean Ministry of Unification to also now be heading the party’s Munitions Industry Department, having previously been a first vice director with the department and believed to have been heavily involved in the DPRK’s nuclear weapons development.

His is the first promotion to CMC vice-chairman since Choe Ryong Hae was elected to the position at the Fourth WPK Conference in April 2012.

Kim Jong Un was himself elected as a vice-chairman of the CMC in 2010, before he succeeded his father Kim Jong Il as leader.

Ri now serves as the only vice-chairman of the CMC under Chairman Kim Jong Un.

Also listed under Kim Jong Un’s sole order at the CMC meeting on Saturday were around 100 other military rank promotions.

A further seven people were promoted to colonel general, 20 to lieutenant general, and 69 to major general. A full list of the promotions was published in English on Sunday.

Army General Pak Jong Chon was promoted to the rank of Vice Marshal by order of Kim Jong Un himself, the first official to be granted that title since 2016. 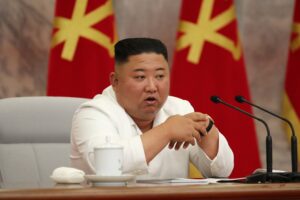 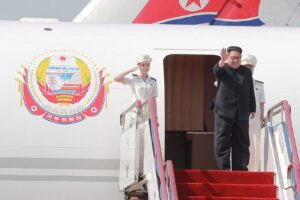