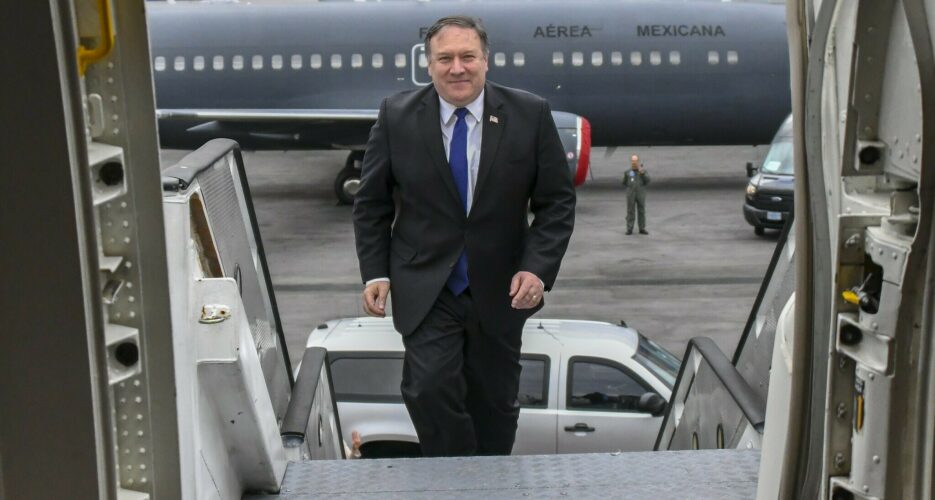 The U.S. plans to sell $675 million in new military equipment to South Korea, the State Department said on Friday.

The announcement — which includes spare parts, testing and training equipment, and “support and services” for Seoul’s F-35 fighter jets — comes as Washington and Seoul remain locked in a dispute over the issue of “burden sharing,” or how much money South Korea should have to pay for the U.S. military presence on the peninsula.

President Donald Trump and his negotiators have demanded billions of dollars in additional payments from the South, which critics say are unwarranted and may damage the two countries’ alliance.

Trump — a longtime skeptic of the alliance — has said South Korea, a wealthy country, should have to pay much more money for U.S. troops to be stationed there.

Amid the ongoing burden-sharing negotiations — which have dragged on for months with no sign they will be resolved soon, and have already led to thousands of South Korean workers on U.S. bases being furloughed — Friday’s announcement is a sign that official U.S. policy still sees the alliance with Seoul as a vital check against nuclear-armed North Korea.

“This proposed sale will support the foreign policy and national security objectives of the United States by meeting legitimate security and defense needs of one of its closest allies in the INDOPACOM Theater,” the State Department’s announcement said, using government shorthand for the Indo-Pacific region.

“The Republic of Korea is one of the major political and economic powers in East Asia and the Western Pacific and a key partner of the United States in ensuring peace and stability in the region,” it said.

The announcement also follows news Friday that the DPRK had conducted its sixth round of military exercises this year, according to North Korean state media. In March, the North conducted four rounds of missile tests — the most it had ever done in one month.

One expert told NK News that Friday’s announced arms sale is important for both Washington and Seoul because of the various messages it sends to North Korea.

“What is significant is the F-35 is the most advanced fighter plane in the world and can penetrate all of North Korea’s airspace,” said David Maxwell, a senior fellow at the Foundation for Defense of Democracies, a think tank in Washington.

“I think [North Korean leader] Kim Jong Un is deathly afraid of it as he may believe it will support the South’s so-called decapitation strategy,” he added, referring to the killing of senior officials, like the U.S. attack on Iranian general Qassim Suleimani.

“This is one of the reasons why he is developing the rocket and missile capabilities that can target what KCNA called the ‘fat target’ last summer,” he said.

“Fat target,” he said, likely means certain military bases in South Korea, including where the F-35s are parked.

Maxwell added that the arms sale is also a reminder of the sheer strength of Seoul’s own armed forces and the “combined airpower” of the U.S.-South Korean alliance.

For that reason, the announcement is almost certain to anger Pyongyang.

North Korea sees the U.S.-South Korea military alliance, including arms sales, as part of Washington’s “hostile policy” and has in the past specifically called out the sale of American F-35 planes to the South.

Perhaps anticipating Pyongyang’s reaction to Friday’s announcement, the State Department wrote that the proposed sale “will not alter the basic military balance in the region.”

It remains to be seen if the North will be assuaged by that statement.

The U.S. plans to sell $675 million in new military equipment to South Korea, the State Department said on Friday.

The announcement -- which includes spare parts, testing and training equipment, and "support and services" for Seoul's F-35 fighter jets -- comes as Washington and Seoul remain locked in a dispute over the issue of "burden sharing," or how much money South Korea should have to pay for the U.S. military presence on the peninsula.