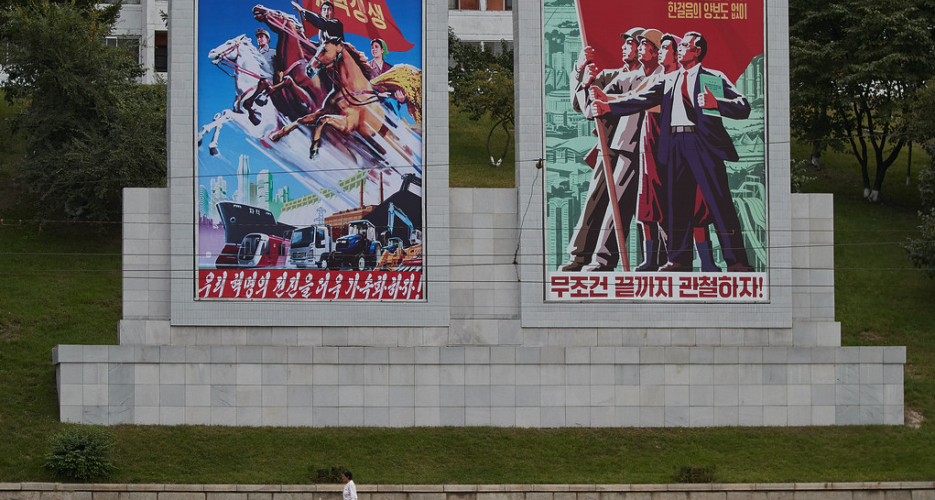 North Korea is currently “going through hardship” and is “lagging behind” the rest of the world in some areas, ruling party organ the Rodong Sinmun admitted on Wednesday, touting Pyongyang’s long-time mantra of “self-reliance” as the solution.

A concurrent article, carried in cabinet newspaper the Minju Choson, also reiterated the importance of autonomous development, arguing that Western “imperialists” used aid as a means of “enslaving” less-developed countries.

“We do have some [areas] lagging behind others so far,” a special article [ronsol] in Wednesday’s edition of the Rodong said. “It is also true that we are going through hardships.”

The article, however, underscored the importance of a “self-reliant” attitude, adding a positive note that “catching up with the advancing countries’ level is never a matter of a distant future.”

Describing the country’s autonomous national economy as its “eternal lifeline,” the party daily said that without self-reliance, North Korea would not be able to survive in today’s world.

The DPRK, it said, had “elegantly leapt forward in the face of… severe and perilous hardships that others will not have been able to endure.”

Notably, the party daily recalled how, according to the spirit of self-reliance, the country had achieved “wonderful achievements solidly guaranteeing the strategic status” of the DPRK by making its military strength “irreversible.”

Other purported successes included a “unprecedented bumper harvest” and economic growth in “most sectors,” despite immense pressure, it added.

“Our Republic is… walking the only way, the road of independence, firmly crushing the provocative schemes of the hostile forces,” the party daily said, adding that the people had learned the importance of self-reliance through “enduring crises” and “ordeals difficult to bear.”

Wednesday’s article also discussed the limitations and “price” countries must pay when they receive assistance from others.

The Minju Choson, the official cabinet newspaper of North Korea, echoed this idea, warning readers about the dangers of accepting excessive foreign aid and cooperation.

The explicit mention of foreign, especially Western, aid is notable — multiple international organizations and NGOs have in recent months sent humanitarian assistance aimed at helping the country prevent and manage the spread of COVID-19 to the DPRK.

It also comes a month after U.S. President Donald Trump said he would “give them help” if Pyongyang required it, reportedly writing to Kim Jong Un to offer “cooperation in the anti-epidemic work.”

Wednesday’s edition of the cabinet newspaper insisted, however, that foreign dependence was an “ideological poison” and that Western countries offer aid and cooperation in order to “enslave” less-developed countries.

Foreign dependence results in a country “getting played,” it argued, cautioning against hoping for a helping hand from abroad.

While the article accepted that “advanced things should be adopted” from others, it also warned against “routinely copying” foreign influence.

“The tricks the imperialists use for invading and plundering are becoming more vicious,” the Minju Choson went on.

Offers of assistance are a “feigned propaganda… flourishing its moneybags and blabbering as if less developed countries won’t be able to develop without ‘aid’ and ‘cooperation’,” the article said, stressing that the goal of “imperialists” is to Westernize and subjugate such countries through aid.

“One should not lay hopes on the imperialists’ ‘aid’ or ‘cooperation’,” the cabinet newspaper said.

North Korea is currently "going through hardship" and is "lagging behind" the rest of the world in some areas, ruling party organ the Rodong Sinmun admitted on Wednesday, touting Pyongyang's long-time mantra of "self-reliance" as the solution.

A concurrent article, carried in cabinet newspaper the Minju Choson, also reiterated the importance of autonomous development, arguing that Western "imperialists" used aid as a means of "enslaving" less-developed countries. 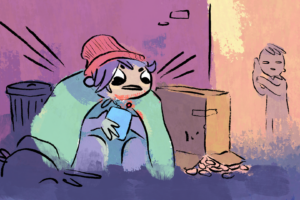