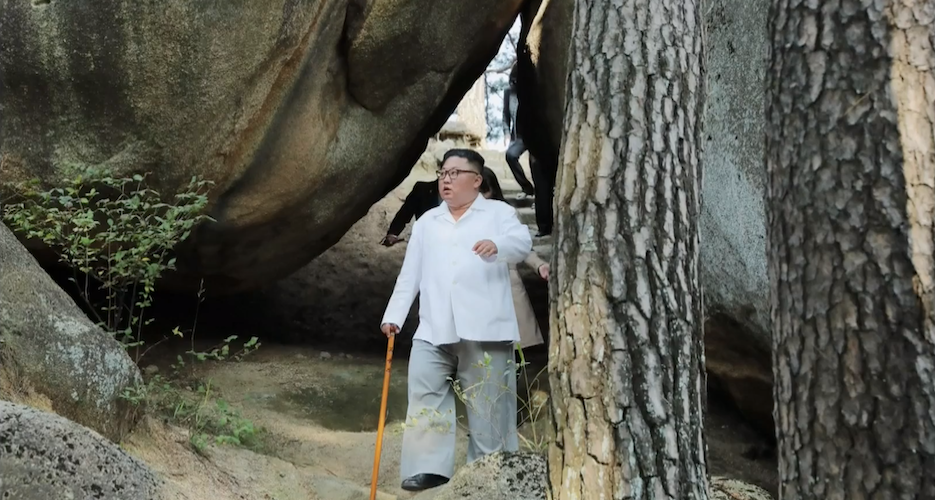 In remarks that follow a single-source report that Kim had undergone a “cardiovascular procedure” and was suffering from ill health — picked up widely by outlets worldwide Tuesday — a Blue House official told reporters that Seoul had seen nothing that would confirm the information.

“[We’ve] detected no special movements that can back up the rumor of health irregularities,” the official told press. “We understand that Chairman Kim is currently, with close aides, staying in a provincial area (outside Pyongyang).”

“It appears that his activities are ongoing normally.”

The claims echo comments from in-country NK News sources on Tuesday morning, who stressed that the situation in the North Korean capital remained normal and that there was “nothing unusual for the time being.”

The report first emerged from the Seoul-based Daily NK on Monday saying the North Korean leader underwent a “cardiovascular procedure” on April 12 at an exclusive clinic near Mount Myohyang, roughly 180 kilometers north of Pyongyang.

CNN then cited an unnamed U.S. intelligence official as saying they were “monitoring intelligence” that Kim Jong Un was in “grave danger” following an operation.

That report prompted journalists in the U.S. and South Korea to scramble to confirm the news, with multiple outlets issuing contradictory takes on the situation and the precise source of the information.

Daily NK also later clarified that their original story was based on a single source, after Reuters and other outlets, and later their own English-language translation released Tuesday, attributed the information to multiple sources.

“Concerning the rumor on North Korean chairman Kim Jong Un’s health irregularities that was reported by some media outlets, we have nothing to confirm,” spokesperson Kang Min-seok said earlier. “No special trends have been detected inside North Korea.”

Speaking to press on Tuesday after, the Blue House official did not deny the reports outright, but did stress that the Daily NK‘s claims that the North Korean leader was near Mount Myohang were inaccurate.

“[He’s] not in the Myohyangsan area,” they said, adding that no activity had been detected suggesting any emergency situation in the DPRK.

“No peculiar movement is being seen such as an emergency situation in the North’s Workers’ Party, Cabinet, or the military.”

Speculation about Kim’s whereabouts and health first emerged last week, when the leader was revealed to have skipped an annual event marking the birthday of his grandfather Kim Il Sung, the country’s founding President.

He was last seen in public in state media reporting on April 12, leading a meeting of the country’s Politburo.

In remarks that follow a single-source report that Kim had undergone a "cardiovascular procedure" and was suffering from ill health -- picked up widely by outlets worldwide Tuesday -- a Blue House official told reporters that Seoul had seen nothing that would confirm the information. 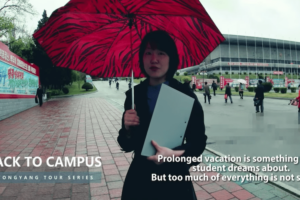