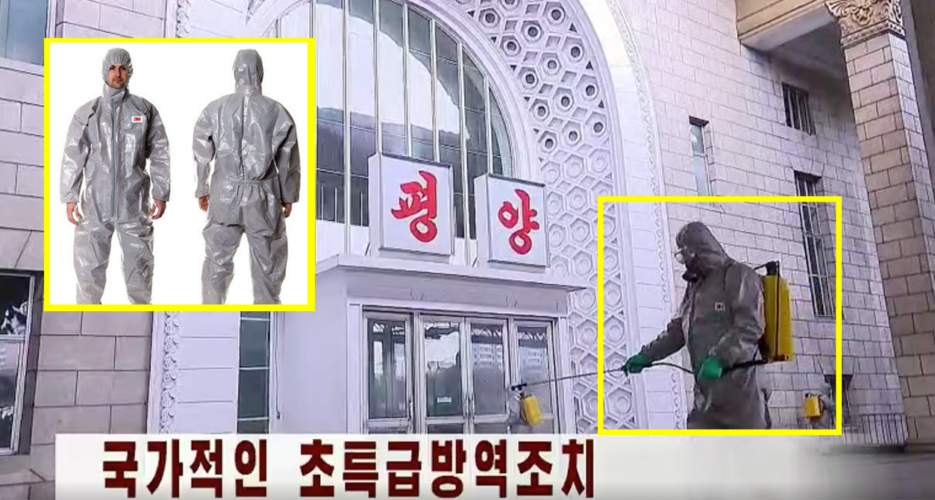 While North Korea in recent weeks has continued to take “super-special quarantine measures” to prevent the spread of COVID-19 within its territory, the country’s quarantine workers appeared to be wearing protective suits produced by U.S.-based companies 3M and DuPont Tyvek, state media photos and videos showed.

The news comes despite claims in state media outlets that the country was taking steps towards “mass-producing our-style protective suits,” suggesting that Pyongyang has also turned to foreign-made hazmat suits for its nationwide disinfection and quarantine work.

While most of the time the 3M logo was not censored or photoshopped out of the footage, in one photo carried by the Rodong Sinmun — of a quarantine worker disinfecting facilities at Pyongyang zoo — the logo on the protective suit was blurred.

North Korean state media has in recent weeks sought to highlight the extensive quarantine work taking place across the country, following its decision to embark on a “national emergency quarantine system” against the spread of the novel coronavirus.

One such propaganda photo, carried by externally-focused Sogwang on Monday, showed quarantine workers “organizing projects” on public health and hygiene following the country’s emergency quarantine system — while not blurring a blue-colored logo on one of the hazmat suits.

The logo on display — the same brand worn by the quarantine worker seen at work disinfecting a zoo in the Rodong Sinmun — appeared to be similar to that of DuPont Tyvek.

It remains unknown how the protective overalls, apparently produced by 3M and DuPont Tyvek, were shipped to North Korea and delivered to the DPRK health authorities.

International organizations and non-governmental organizations (NGOs) such as the World Health Organization (WHO) and Médecins Sans Frontières (MSF) have since late February received international sanctions exemptions to ship Personal Protective Equipment (PPE) to the DPRK to help it better prevent and manage the globally-spreading virus.

The United Nations Children’s Fund (UNICEF) this week said that COVID-19 prevention equipment is to be delivered to North Korea this week by land through the DPRK-China border — while it remains to be seen when and how the delivery will be made.

Neither 3M nor DuPont Tyvek responded to NK News‘s inquiries as to whether they were involved in those shipments, or how their equipment made it in to the DPRK.

Although it appears clear that foreign-produced PPE is in widespread use across the DPRK, the country’s state media has in recent days boasted of the country’s successes in domestically producing such equipment and other goods needed for COVID-19 prevention campaigns.

The party daily has also since early February reported that multiple factories in North Korea were taking “emergency measures” to urgently produce various types of masks.

While many photos uploaded and dispatched by externally-focused media outlets such as Sogwang, DPRK Today, and Uriminzokkiri do show pictures of North Koreans wearing various types of cotton or paper-type masks, some photos were found to have been doctored.

Although it is hard to verify the North’s claims about the country-wide mass-production of masks, the country does appear to be increasingly confident that efforts to stem a potential COVID-19 outbreak are working, releasing some previously-quarantined citizens from medical observation and isolation last week.

Strict domestic hygiene and public health measures, however, remain in place, with one article in the Rodong Thursday stating that citizens not wearing masks or exhibitions signs of fever should not be permitted on public transportation.

All vehicles, those rules say, should be meticulously disinfected using chlorine dioxide multiple times a day, suggesting that long-distance buses reserve an emergency seat in the back for isolating suspected infected citizens and that all passengers should be required to disinfect their hands before riding.

While North Korea in recent weeks has continued to take "super-special quarantine measures" to prevent the spread of COVID-19 within its territory, the country's quarantine workers appeared to be wearing protective suits produced by U.S.-based companies 3M and DuPont Tyvek, state media photos and videos showed. 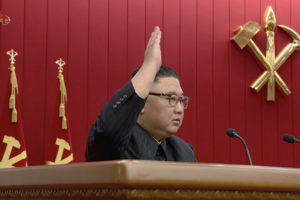 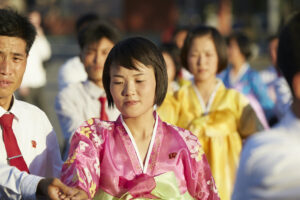 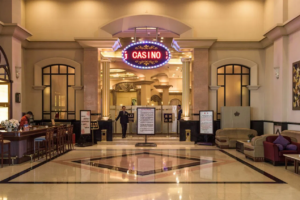 The Rason Special Economic Zone: Like nowhere else in North Korea