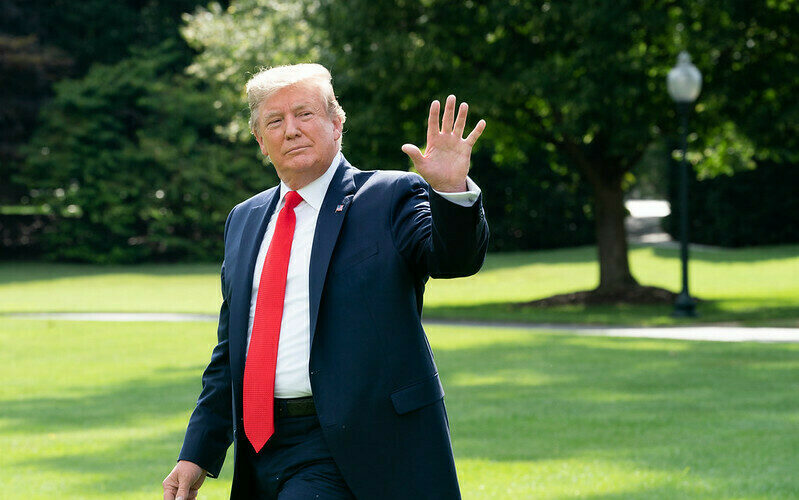 U.S. President Donald Trump named Richard Grenell, the current American ambassador to Germany, as the country’s next intelligence chief, the President announced on Twitter on Wednesday.

“I am pleased to announce that our highly respected Ambassador to Germany, @RichardGrenell, will become the Acting Director of National Intelligence,” Trump wrote.

“Rick has represented our Country exceedingly well and I look forward to working with him.”

Grenell was the U.S. spokesman at the United Nations during the George W. Bush administration and a frequent commentator on Fox News before being named ambassador to Germany in 2018.

The director of national intelligence position normally requires confirmation from the U.S. Senate, but an acting director can serve in the role for up to six months before needing Congressional approval.

The current acting director, Joseph Maguire, was set to reach the end of his six-month tenure next month.

“I would like to thank Joe Maguire for the wonderful job he has done, and we look forward to working with him closely, perhaps in another capacity within the Administration!” Trump wrote on Twitter.

Grenell is considered to be a devoted subordinate of the President, with some suggesting that his loyalty — and not foreign policy acuity — landed him the nation’s top intelligence job.

His combative rhetoric has also made him a controversial figure in Washington, and it is unclear if the Senate would confirm him if he had been named the permanent intelligence director.

The Grenell announcement also comes on the same day that the Defense Department’s top policy official, John C. Rood, resigned at the request of President Trump.

Rood was reported to have clashed with Trump on some foreign policy issues, including the President’s views on Korea.

Rood “differed with White House officials over Trump’s desire to ratchet up pressure on Japan and South Korea to pay more for U.S. troops stationed there,” the Washington Post wrote, citing former officials.

Both personnel moves on Wednesday come as the Trump administration seems to have lowered the North Korea issue on its list of priorities — at least publicly — in the final months before the presidential election in November.

CNN reported this month that President Trump did not want to have another summit with DPRK leader Kim Jong Un before November.

Shortly after, Robert O’Brien, the national security advisor, said that Trump would be open to another meeting, “but we have to be able to get a good deal.”

The President also nominated his deputy special representative for North Korea, Alex Wong, to a separate role at the UN this month — a sign, some said, that the North Korea portfolio may not require full-time attention amid a lull in active diplomacy.

One former U.S. official told NK News that Wednesday’s personnel moves do not bode well for a successful policy with North Korea.

“Grenell will be a Trump loyalist first and foremost, a conservative second, and a professional rarely if ever,” said Mintaro Oba, a former North Korea desk officer at the State Department.

“I can’t imagine Grenell would have any enthusiasm for elevating any North Korea intelligence that would make President Trump look bad or complicate his North Korea efforts, and I’m sure that’s exactly how the President prefers it,” he said.

“With Grenell as with Rood, it’s the triumph of politics and loyalty over principles and judgment.”

U.S. President Donald Trump named Richard Grenell, the current American ambassador to Germany, as the country's next intelligence chief, the President announced on Twitter on Wednesday."I am pleased to announce that our highly respected Ambassador to Germany, @RichardGrenell, will become the Acting Director of National Intelligence," Trump wrote."Rick has represented our Country