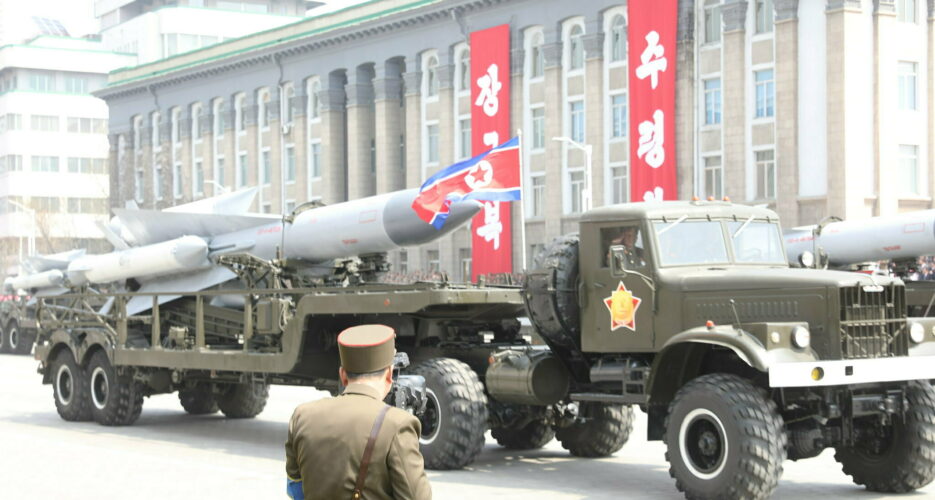 A North Korean diplomat reiterated Pyongyang’s stance that it would end its moratorium on nuclear tests if the U.S. does not lift sanctions and abandon what the DPRK calls its “hostile policy,” a report in Reuters said on Tuesday.

Speaking at the UN’s Conference on Disarmament, the diplomat — Ju Yong Chol, a counselor at North Korea’s mission to the UN in Geneva, according to Reuters — echoed the language, in some cases word-for-word, that DPRK leader Kim Jong Un had used in a meeting with senior party leaders late last month.

“We found no reason to be unilaterally bound any longer by the commitment that the other party fails to honor,” Ju Yong Chol said, according to Reuters.

“If the U.S. persists in such hostile policy toward the DPRK there will never be the denuclearization of the Korean peninsula,” he said. “If the United States tries to enforce unilateral demands and persists in imposing sanctions, North Korea may be compelled to seek a new path.”

In late December, Kim Jong Un reportedly told top Workers’ Party officials that “if the U.S. persists in its hostile policy towards the DPRK, there will never be the denuclearization on the Korean peninsula,” according to the official Korean Central News Agency (KCNA).

The U.S. and North Korea have been locked in a diplomatic stalemate for months, since long before the new year.

In April 2019, Kim Jong Un had set what appeared to be a year-end deadline for reaching a deal with Washington — or at least continuing diplomatic talks.

The two countries have been unable to agree on a wide range of issues including sanctions relief, the fate of the North’s nuclear weapons program, and the U.S. military presence on the Korean peninsula.

Both sides also insist that they have made goodwill gestures that their counterpart has not reciprocated.

The North says its moratorium on nuclear tests shows that it is committed to reaching a deal. Pyongyang also claims to have dismantled its Punggye-ri nuclear testing site.

Washington, for its part, has held back on some military drills in South Korea, which the DPRK says are a threat.

For now, North Korea and the U.S. are both insisting that it’s the other country’s turn to make the next move.

The U.S. side has repeatedly said there will be no sanctions relief until the North takes more steps to denuclearize, and Pyongyang insists that it has already done enough, and now the U.S. should end its “hostile policy” — a term that many North Korea experts say is deliberately vague — before anything else happens.

Ju Yong Chol, the DPRK diplomat in Geneva, described the sanctions in place against the country as “the most brutal and inhuman,” according to Reuters.

A North Korean diplomat reiterated Pyongyang's stance that it would end its moratorium on nuclear tests if the U.S. does not lift sanctions and abandon what the DPRK calls its "hostile policy," a report in Reuters said on Tuesday.Speaking at the UN's Conference on Disarmament, the diplomat -- Ju Yong Chol, a counselor at North Korea's mission to the UN in Geneva, according to Reuters -- echoed 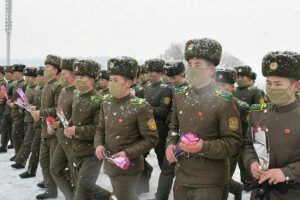