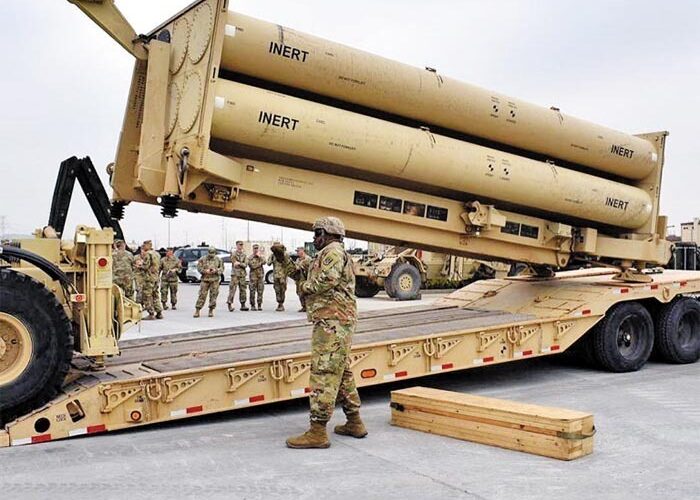 The article, carried on the Rodong‘s last page, called recent THAAD drills “a military provocation” that is “clearly an extension of the U.S. policy of sanctions to stifle the DPRK,” and demanded Washington “stop all acts of hostility against the DPRK.”

While the Rodong has frequently carried criticisms of both Seoul and Washington for recent joint military exercises – often focused on “south Korean authorities” – Friday’s article stands out for its being specifically targeted against the U.S.

“The U.S. prepares to conduct a preemptive attack on us and neighboring countries with THAAD under the pretext of some ‘missile threats from the north,’ but it knows well what kind of result this will bring from us in the current situation,” it read.

Notably, North Korea has this week conducted two missile tests overseen by leader Kim Jong Un – on May 4 and May 9 – prompting declarations of combat readiness from the U.S. and South Korea.

“If the U.S. truly wishes for peace on the peninsula, it should not resort to the moves of stifling the DPRK by dint of strength, but stop all acts of hostility against the DPRK,” the article continued.

The article added that Washington should cease such actions “as the former committed itself to abolish the relations of animosity and write a new history” – a likely reference to the Singapore Agreement signed between the leaders of the two countries last June.

Both countries agreed in that document to “establish new U.S.–DPRK relations” and “build a lasting and stable peace regime.”

Since then, Pyongyang has taken down most overt anti-U.S. propaganda posters and taken other measures to soften the domestic message regarding the country’s stance towards Washington, including halting the publishing of most of the pointed vitriolic commentaries against the U.S.

“The real significance of this story is that it was carried in the Rodong Sinmun, not just via external outlets,” said Minyoung Lee, a North Korean media expert and analyst with NK News’s sister site NK Pro.

The newspaper is considered separate from the Korean Central News Agency (KCNA) and other state-affiliated outlets frequently cited by foreign media due to its wider reach among the North Korean population, and, as a result, holds implications regarding the Party’s domestic message.

“The party daily rarely carried articles directly criticizing the U.S. since the Singapore summit in June 2018,” Lee said, adding that given another similar article earlier this week, it “means the North has started stepping up criticism of the U.S. as well as South Korea.”

She cautioned, however, that Friday’s article still represents “low-level criticism as it is an unattributed article (no byline), and it contains no warning. It simply advises the U.S. to stop hostile acts against the DPRK.”

A similar article on THAAD published in the Rodong on Monday carried a byline (from author Ho Yong Min) and was more targeted towards South Korea.

It still, however, carried pointed language towards Washington, saying that “the occupying U.S. forces pushing ahead with the THAAD deployment exercise is a provocative act and a threat to us that has worsened the situation on the peninsula and ruined the atmosphere of peace.”

Directly following the May 4 missile test, other North Korean outer-track outlets were reported to have published similar criticisms of the U.S. over THAAD, calling the exercises an “act of betrayal” and saying “the U.S. and south Korea’s warmongers are continuing to carry out hostile military activities against us under all sorts of pretexts.”

The THAAD exercises to which the Rodong article refers took place in Pyongtaek south of Seoul in late April, and appear to have drawn the ire of North Korea especially due to their being carried out in a new location.

Friday’s article said, citing unnamed South Korean media, that it was “the first time that the drill in Phyongthaek Base was revealed” and that some had deemed “that the recent drill sends a pressure message to the North.”

It remains unclear, however, if Pyongtaek will remain a permanent base or merely a location used for the mobile launch tests.

THAAD has received consistent mentions in North Korean media over the past few years, and was even included in violent anti-Trump propaganda leaflets which dropped in Seoul in late 2017.

The article, carried on the Rodong's last page, called recent THAAD drills “a military provocation” that is “clearly an extension of the U.S. policy of sanctions to stifle the DPRK,” and demanded Washington “stop all acts of hostility against the DPRK.” 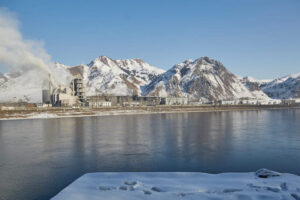 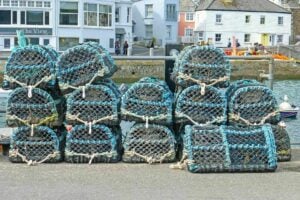 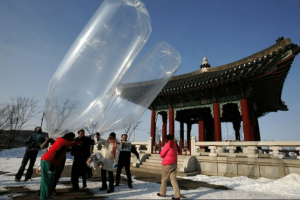