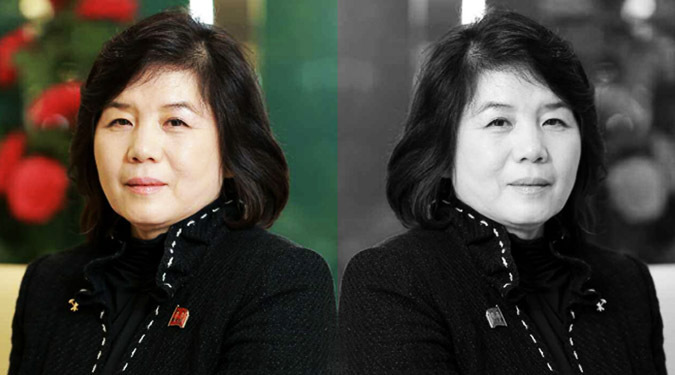 Choe Son Hui, long one of Pyongyang’s top diplomats in talks with the U.S., has been promoted to the position of first vice foreign minister, North Korea’s Rodong Sinmun confirmed on Friday.

It came, rather, alongside reports Friday that she had been elected a member of North Korea’s powerful State Affairs Commission, and followed news Thursday of her appointment to the ruling party’s Central Committee.

She appears likely to have replaced Kim Kye Gwan, who had served as the DPRK’s first vice foreign minister since 2010 but had not appeared in public since 2017.

Choe will now report to Ri Yong Ho, her direct superior in his capacity as foreign minister, in a promotion which sees her become the highest-ranking female diplomat in North Korean history.

The promotion could, therefore, see a significant elevation in Choe’s role in U.S.-DPRK negotiations.

“Kim Gye Kwan in the past led multiple negotiations with the U.S.; likewise, we may expect Choe to do the same, particularly given her track record,” NK Pro analyst Lee said.

“The fact that she is now a State Affairs Commission member will likely further bolster her position on foreign policy issues.”

Choe was promoted last February to a vice-ministerial position from her position as director of the foreign ministry’s North American department, a diplomatic note seen by NK News at the time showed.

The reported stepdaughter of former DPRK Premier Choe Yong Rim, she previously served as an interpreter for North Korean delegations to nuclear negotiations since the 1990s and through the Six-Party Talks in 2003-9.

Choe’s multiple promotions this week, then, could be read a positive indicator as far as U.S.-DPRK diplomacy is concerned.

NK News understands from an informed source that Choe was the last person to speak to the Trump team during February’s Hanoi summit, making an eleventh-hour offer to the U.S. that Pyongyang would offer up all facilities at Yongbyon for demolition.

When asked to clarify what, exactly, she meant, Choe was unable to provide details, with Trump’s team promptly walking out as a result.

Choe Son Hui, long one of Pyongyang's top diplomats in talks with the U.S., has been promoted to the position of first vice foreign minister, North Korea's Rodong Sinmun confirmed on Friday.Verifying rumors heard by NK News this week from informed sources, news of the promotion did not come in an official announcement.It came, rather, alongside reports Friday that she had been