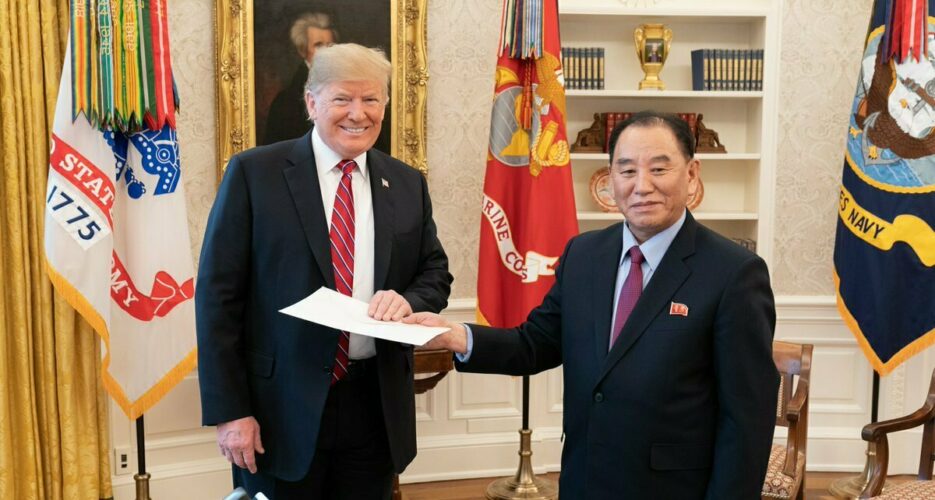 Trump received the letter in the Oval Office from a delegation led by Kim Yong Chol, following a meeting at a Dupont Circle hotel on Friday between Kim’s team and a U.S. State Department group led by Secretary of State Mike Pompeo.

As has become customary, no details were revealed about the letter, which follows reports about a letter Trump sent to Kim just over a week ago.

But one of the photos showed Trump surrounded by multiple working-level officials, which on the U.S. side included both Pompeo and Special Representative for North Korea Stephen Biegun and on the DPRK side officials including Kim Hyok Chol, Kim Song Hye, Pak Chol, and an unknown translator.

Kim Hyok Chol was the DPRK’s former Ambassador to Spain, but was expelled in September 2017 following extended missile tests – his current foreign ministry position is unknown.

Kim Song Hye is head of strategy at the United Front Department (UFD) of the WPK, while Pak Chol is vice chairman of the Korean Asia-Pacific Peace Committee.

The presence of the working-level officials at the Oval Office follows well-known frustration in the U.S. surrounding a lack of discussion with the North beneath Secretary of State level in recent months.

And NK News understands from diplomatic sources that a key American condition of the Kim Yong Chol delegation visit to Washington was that working-level talks could commence as a direct result of it.

It appears that hope was successful, with Yonhap News reporting that Biegun flew to Sweden on Saturday to kick-off working-level talks with a North Korean delegation led by Vice Foreign Minister Choe Son Hui.

It is the first time that Biegun has met Choe for working-level talks since taking up his post last August.

South Korea’s nuclear envoy Lee Do-hoon arrived in Sweden on Friday to join the meeting, Yonhap also said, which is also being conducted with the participation of DPRK diplomats from its New York mission to the United Nations.

Meanwhile, rumors grew on Sunday about the prospect of the February summit between Trump and Kim Jong Un to most likely take place in Vietnam.

Trump over the weekend said he was happy with meetings with Kim Yong Chol’s delegation.

“We had a very good meeting yesterday with North Korea. That was an incredible meeting,” the U.S. president told reporters on Saturday at the White House. “It lasted almost two hours and we’ve agreed to meet sometime probably the end of February.

“We’ve picked the country but we’ll be announcing it in the future,” he said. “Kim Jong Un is looking very forward to it and so am I,” Trump explained.

Trump received the letter in the Oval Office from a delegation led by Kim Yong Chol, following a meeting at a Dupont Circle hotel on Friday between Kim's team and a U.S. State Department group led by Secretary of State Mike Pompeo. 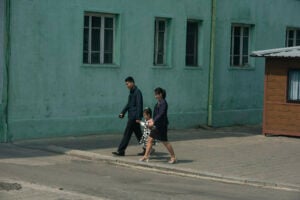