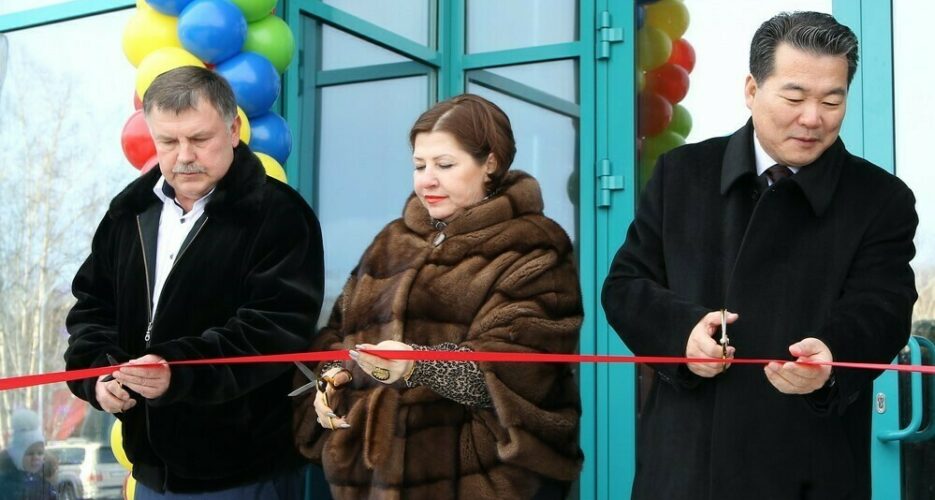 The first mention of Im in his new role came in a November 5 report in the Korean Central News Agency (KCNA) regarding the visit of a delegation of former Russian diplomats to Pyongyang.

The longtime Ministry of Foreign Affairs (MOFA) official’s name previously appeared in the country’s media in February in his former capacity, visiting Russia as part of a working-level delegation.

It is unclear precisely when Im received the promotion, though Russian ambassador to the DPRK Alexander Matsegora publicly referred to him as “Director of the First European Department” as recently as early October.

Matsegora’s staff also confirmed the promotion this week, posting the ambassador’s personal congratulations to Im on the Russian embassy’s Facebook account on Thursday.

In the congratulatory letter dated November 7, Matsegora focused on Im’s work on DPRK-Russia relations, praising his “personal hand in organizing a number of major events such as high-level visits to each other’s countries this year” and role in “the new, active development of DPRK-Russia relations.”

“I’m sure that in your new position… you will use your diplomatic talent and abundant experience in work related to Russia to continue to develop our bilateral cooperation in many ways,” Matsegora added.

After becoming the director general of the important “European Affairs Department 1″ in October 2017, Im took on responsibilities overseeing the ministry’s relations with Russia and Central Asian nations.

Matsegora’s comments suggest he will likely continue overseeing Pyongyang’s diplomacy with this region at a critical time: a summit between North Korean leader Kim Jong Un and Russian President Vladimir Putin is slated to take place in Moscow early next year.

Im also headed up the DPRK Consulate General in Russia’s Far East, overseeing its move from Nakhodka to Vladivostok between September and October 2015.

As Consul General in Vladivostok, Im made the news for participating in a January 2017 ceremony marking the completion of a water park in Kamchatka, built in part by North Korean laborers.

His most recent promotion makes him one of at least six individuals believed to be serving as a vice foreign ministers, including Choe Son Hui, Ho Yong Bok, Pak Myong Guk, Ri Kil Song, and Sin Hong Chol.

All serve under first vice minister Kim Kye Gwan, whose warnings to the U.S. in May were seen as a primary reason for President Trump’s abrupt cancellation of his planned first summit with Kim Jong Un.

They serve under foreign minister Ri Yong Ho, who recently traveled to New York for the UN General Assembly.

North Korea’s MOFA maintains six separate departments for different regions: two for Asia, two for Europe, one for North America, and the final one for African, Arab and Latin American Affairs, according to its official website.

Of the vice-ministers, the most prominent this year has been Choe Son Hui, who, like Kim Kye Gwan caused a stir in the U.S. with comments in late May and who has also served as one of North Korea’s chief negotiators in denuclearization talks this year.

Im’s path through the ranks of the MOFA, from regional department director general to vice foreign minister, now appears similar to Choe’s, who was promoted from her previous position as director of the North American department earlier this year.

The latest promotion also follows other shakeups in the foreign ministry this year.

In addition to Choe Son Hui’s promotion, vice minister Choe Hui Chol was in March reported to have taken on responsibility for the DPRK’s relations with western Europe following Han Song Ryol’s departure from the role.

One informed source told NK News last month that Choe was already moving on to a new position, this time as ambassador to an unspecified nation in Asia.

He was last mentioned by KCNA in his role as vice minister in early October, when he visited the Vietnamese embassy to pay respects to a deceased Communist Party of Vietnam official.

North Korea recently promoted First European Department director general Im Chon Il to the position of Vice Minister of Foreign Affairs, state media and the Russian Embassy in the DPRK reported this week. The first mention of Im in his new role came in a November 5 report in the Korean Central News Agency (KCNA) regarding the visit of a delegation of former Russian diplomats to Pyongyang.