The Turkish Ambassador to South Korea Ersin Erçin, who recently also became ambassador-at-large to North Korea, told Habertürk that Turkey began negotiating the return of remains with Pyongyang following the the June 12 U.S.-DPRK summit in Singapore.

Erçin described talks as the start of a process where Turkey would first provide DNA samples to North Korea to help identify 487 soldiers believed to have perished in DPRK territory during the 1950-1953 war.

He said the process of identification may be long and tedious, but that North Korean officials were “open” to Turkey’s first step of delivering DNA samples.

Erçin also said he could not yet be sure whether the remains would be buried in a United Nations cemetery in South Korea or be returned to Turkish soil following their identification.

Turkey entered the Korean War in the first weeks under the United Nations Command and committed nearly 15,000 soldiers to the effort.

The fourth point of the agreement signed between U.S. President Donald Trump and Kim Jong Un following their summit said the two sides would commit to recovering from North Korea “POW/MIA remains including the immediate repatriation of those already identified.”

U.S. and North Korean officials have worked behind the scenes in recent days to begin the process of returning these remains, Secretary of Defense James Mattis said on Monday.

Erçin was appointed Turkey’s ambassador to South Korea in late 2017 and began his role officially on January 1 of this year.

The ambassador also traveled to Pyongyang earlier this month to present his credentials to North Korea, which DPRK state outlet KCNA reported on June 7 were “accepted” by president of the Presidium of the Supreme People’s Assembly Kim Yong Nam.

Erçin later confirmed this information via Twitter, indicating he will become the dually-accredited Turkish ambassador to both Koreas, though he is expected to continue residing in the South.

Turkey and North Korea established diplomatic relations at an ambassadorial level in 2001, but neither side has yet to establish a dedicated embassy in the other country. 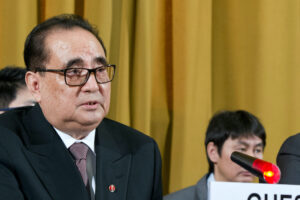 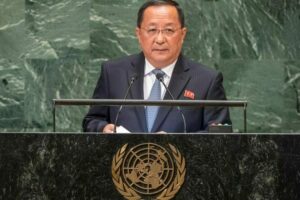