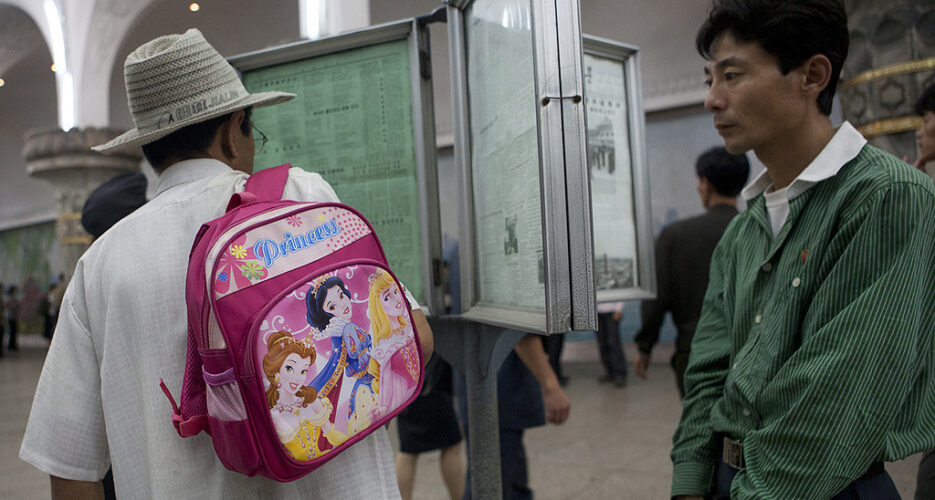 Explicit anti-U.S. messages are absent in the markedly softer North Korean coverage of the 68th anniversary of the start of the Korean War, a review of the Monday edition of state outlet Rodong Sinmun reveals.

Compared to last year’s coverage commemorating the “military invasion” carried out by the “American imperialists and their south Korean puppets,” today’s Rodong articles do not include mentions of specific enemies of the Korean War.

Anniversaries of the war, which began on June 25, 1950, are often accompanied in North Korea by anti-American media coverage, rallies in Pyongyang, and other reminders of the war against the U.S. and South Korea.

Celebrated in the North as the Day of Victory in the Great Fatherland Liberation War, July 27 marks the end of the Korean War in 1953.

But this sort of explicit anti-U.S. framing of the war is not present at the start of this year’s anniversary in North Korea.

An article on page four of the Rodong reminds the reader that the anniversary “churns the memory and recharges the military’s and people’s will and conviction to defend the fatherland,” but they are not reminded of their exact foes.

Monday’s state news coverage did use the word “enemy” in various contexts, calling the start of the war an “enemy invasion,” pointing to an air victory against “enemy planes,” and praising the victory of “ordinary people” over the “mighty enemy,” but the U.S., South Korea, and other individual nations are not named.

Instead, the war is discussed as a backdrop to the activities of North Korean workers and fighters.

Included are the exploits of the country’s leader at the time Kim Il Sung, stories of encouraging war songs, production contributions of the homefront, and the hard-fought victory.

In an article titled, “They were the new inhabitants of Chosun (Korea),” the writer laments the loss of economic progress made before the war began, stresses the “repeated warnings” not to invade, and boasts of a “decisive counterattack” at the beginning of the war.

But in last year’s June 25 Rodong Sinmun, similar artaicles said the warnings were given specifically to the U.S. and South Korea, who were also named as the targets of the subsequent counteroffensive.

The lack of anti-U.S. coverage surrounding the anniversary this year follows other signs that North Korea is shifting its propaganda narrative to fit with other pro-summit and pro-engagement narratives stemming from the June 12 summit in Singapore between Kim Jong Un and U.S. President Donald Trump.

NK News revealed in May that North Korean authorities had already begun taking down anti-U.S. propaganda posters around Pyongyang and other cities, though the summit was still in question at that time.

Following the summit, frequent visitors to North Korea found this trend continued into last week, and that anti-U.S. postcards, stamps, and other souvenirs had disappeared from tourist-facing gift shops.

North Korean media has also frequently praised the agreement signed by the two and refrained from publishing directly anti-American articles.

Following positive coverage in the previous day’s paper on global reaction to the summit, an article in the last page of today’s Rodong says “various countries and regions continue to report on the historic U.S.-DPRK summit.”

“The fact that [North Korean] agitprop is no longer talking about the ‘U.S. imperialists’ in South Korea and the world … is highly significant,” NK Pro contributor Peter Ward said.

But North Korea’s decision to continue in this direction will likely depend on the results of further talks with Washington, Ward added.

“If the two sides can find a way to maintain and improve upon what has happened in the last few months, perhaps this will become the new normal in North Korean agitprop.”

No schedule for additional meetings between the two countries has been released, though U.S. Secretary of State Mike Pompeo said last week he would like to resume talks by traveling to Pyongyang “before too terribly long.”

Explicit anti-U.S. messages are absent in the markedly softer North Korean coverage of the 68th anniversary of the start of the Korean War, a review of the Monday edition of state outlet Rodong Sinmun reveals.

Compared to last year’s coverage commemorating the “military invasion” carried out by the “American imperialists and their south Korean puppets,” today’s Rodong articles do not include mentions of specific enemies of the Korean War.