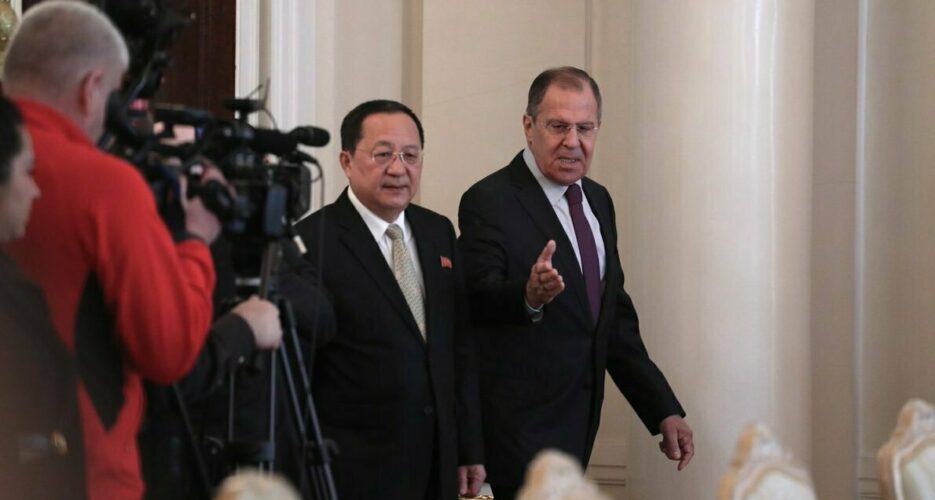 “We are very pleased with the talks. Foreign Minister Ri Yong-ho of the DPRK invited me to visit Pyongyang on a return visit. We accepted this invitation,” Lavrov said, while adding that there are currently no plans for Russian President Vladimir Putin to meet with DPRK leader Kim Jong Un.

“Today we did not discuss these issues,” he added. “Both leaders regularly exchange messages. I am convinced that when they find it optimal and expedient, they will discuss the possibility of personal contact.”

“The situation around the nuclear problem of the Korean peninsula was examined in sufficient detail,” Lavrov said.

Lavrov also on Tuesday spoke in favor of resuming the six-party talk format for negotiations on the denuclearization of the peninsula, which would involve negotiations between Japan, Russia, China, the U.S., South Korea and the DPRK.

He also said that rumors to replace the previously abandoned six-party talks with four-party talks were false and that Chinese foreign minister Wang Yi in Moscow on April 5 had confirmed “quartet” talks were not being considered.

Following a question from the press, Lavrov also said that any security guarantees given to the North Koreans by the U.S. to facilitate denuclearization would have to be “reinforced” in light of Trump’s threats to unilaterally withdraw from a nuclear deal struck with Iran, though the topic was apparently not discussed in the meeting with Ri.

Ri arrived in Russia on Monday following visits to China, Azerbaijan, and Turkmenistan.

While in Azerbaijan, he met with foreign minister Elmar Mammadyarov on the sidelines of a ministerial meeting of the Non-Aligned Movement (NAM) and expressed an interest in bilateral cooperation in the energy sector.

In Turkmenistan, Ri also met with his counterpart Rashid Meredov with both expressing “the need for their further intensification” of bilateral relations.