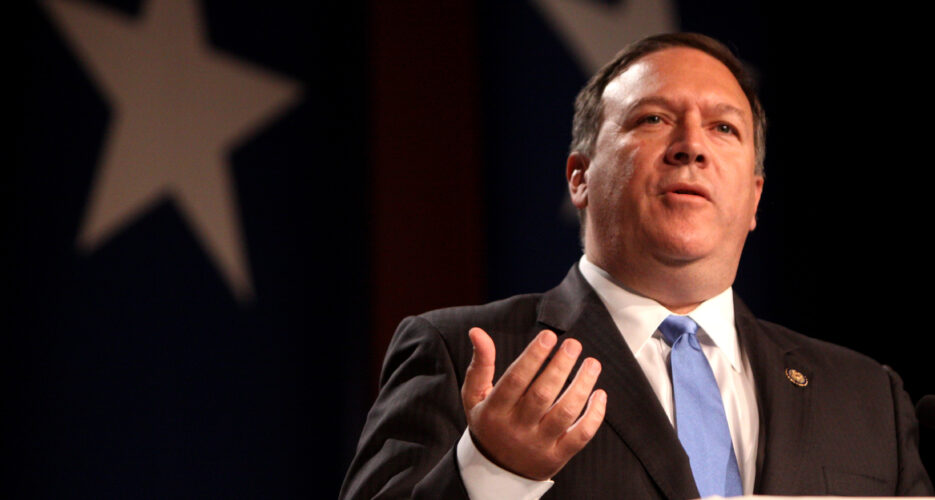 CIA Director-cum-Secretary-of-State nominee Mike Pompeo made a secret trip to North Korea over the Easter weekend as part of preparations for a forthcoming Donald Trump–Kim Jong Un summit, an informed source confirmed to NK News on Wednesday.

The source was, however, unable to confirm whether Pompeo had met with DPRK leader Kim Jong Un.

The purpose of the visit – which the White House has declined to confirm – was part of an effort to “lay the groundwork for direct talks between Trump and Kim about North Korea’s nuclear weapons program,” the Washington Post reported, citing two separate sources on Tuesday evening U.S. time.

But while the CIA also declined to comment about Pompeo’s reported trip, the reports did surface as Trump told reporters on Tuesday that the U.S. was engaged in direct talks with North Korea at “extremely high levels.”

“I really believe there is a lot of good will, lot of good things are happening,” Trump – who is currently hosting Japanese Prime Minister Shinzo Abe in Mar-a-Lago – was quoted as saying.

For its part, North Korean state media has been silent on the possible meeting, but a significant window existed within Kim Jong Un’s publicly reported activities that could have facilitated hosting Pompeo in Pyongyang.

But his next reported appearance, to watch a K-pop concert at the East Pyongyang Grand Theatre, was not until the evening of Sunday April 1: leaving all of Saturday and most of Sunday open for meetings with Pompeo.

A key unresolved issue surrounds where the Trump-Kim Jong Un summit will actually take place in either late May or early June.

The President on Tuesday said that five locations were currently under consideration for the meeting, but shook his head when asked if any of those locations might be in the U.S.

One of those could be Pyongyang, which would be a welcome location for Kim Jong Un who has since becoming leader visited only one other country – China – and whose long-range aircraft date from the Soviet-era.

One former U.S. diplomat told NK News on Wednesday that Pompeo’s visit need not necessarily suggest Pyongyang will be the site of the Trump summit.

“(There were) no pre-meetings with Albright,” former U.S. Special Envoy to North Korea Jack Pritchard, who accompanied Secretary of State Madeleine Albright to a meeting with the late DPRK leader Kim Jong Il in 2000, said. “The North Koreans had been telling us in our regular meetings that they were prepared to send a high-level delegation to the U.S. – (led by) Vice Marshal Jo Myong Nok.”

“(But) Albright jumped on to offer herself to test the waters before Clinton committed.”

David Straub, a long-time East Asia hand at the U.S. State Department who accompanied former President Clinton to North Korea in 2009, also said no pre-visit took place before that trip.

“I believe that almost everything was worked out in advance in the New York channel,” he said, referring to the DPRK’s United Nations office.

“In any event, that was a very simple thing compared to a summit meeting involving the sitting president of the United States,” he continued. “The only purpose was to pick up the two incarcerated Americans, not negotiate anything about denuclearization and overall relations.”

Straub said the Pompeo visit would not therefore “necessarily mean anything in terms of where the summit meeting will take place”.

“My understanding is that many U.S. officials remain strongly opposed to a summit meeting in Pyongyang and are also not positive about a meeting in Panmunjom,” he continued.

Andray Abrahamian, a visiting fellow at the Hawaii-based PacForum, said that regardless of wherever the summit meeting eventually takes place, “any U.S. official looking to meet with Kim during this run-up would have to go to Pyongyang.”

“It’s good that the U.S. administration is sending someone who credibly represents the President’s views,” he said. “(It) reduces the likelihood of a misunderstanding in the run-up to the summit.”

CIA Director-cum-Secretary-of-State nominee Mike Pompeo made a secret trip to North Korea over the Easter weekend as part of preparations for a forthcoming Donald Trump–Kim Jong Un summit, an informed source confirmed to NK News on Wednesday.