North Korea to hold mass games in September, say tour companies
Event will be the first of its kind in DPRK in five years
Oliver Hotham March 16, 2018 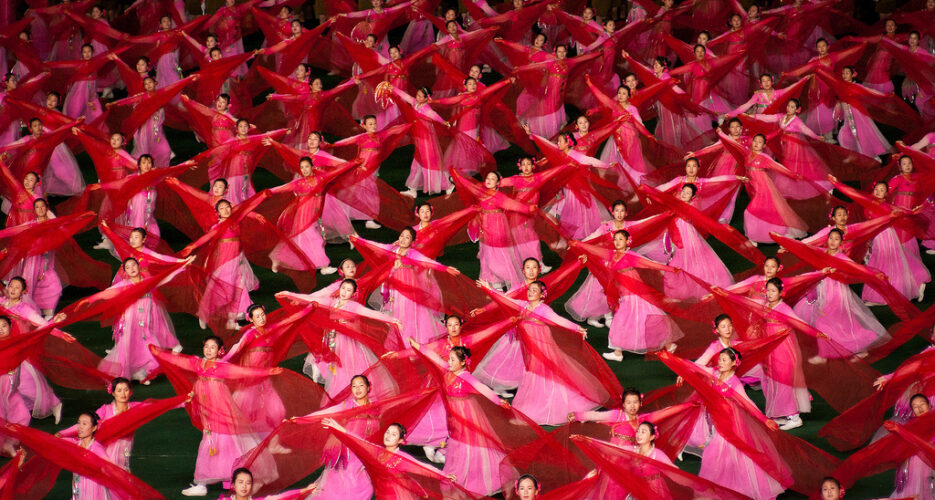 The games will be the first of their kind in five years, and will likely fall around Sunday, September 9 – the DPRK’s Day of the Foundation of the Republic.

“After hearing a rumour today, we have now confirmed with our partners in Pyongyang, North Korea that the Mass games performance will be returning in 2018!” Michael Spavor, director of the Paektu Cultural Exchange organization, said in a tweet.

“It’s been rumored for a while in Pyongyang but in the last couple of weeks we have been told that it has gone from a remote possibility to a likely situation,” Simon Cockerell, general manager of Koryo Tours, told NK News. “It would be a first since 2013 so it’s something pretty exciting.”

Another tour company representative said the event would be an “Arirang like mass games” and will potentially be open to international tourists.

“We’ve had tourists constantly asking if the world’s largest performance will ever be held again, now it’s looking likely it will happen,” a tour guide with the Young Pioneer Tours agency, Rowan Beard, told NK News.

Young Pioneer Tours first reported that the Mass Games may come back this September on Friday afternoon.

North Korean mass games typically feature thousands of gymnasts and have been a feature of the country’s propaganda – and international image – for years.

But having run mass games on a near-yearly basis since 2002, the North Koreans abruptly canceled the event without explanation in 2014.

North Korea will hold an Arirang-style mass games event in September as part of celebrations marking the country's 70th anniversary, a North Korea tour operator confirmed on Friday. The games will be the first of their kind in five years, and will likely fall around Sunday, September 9 – the DPRK's Day of the Foundation of the Republic. "After hearing a rumour today, we have now