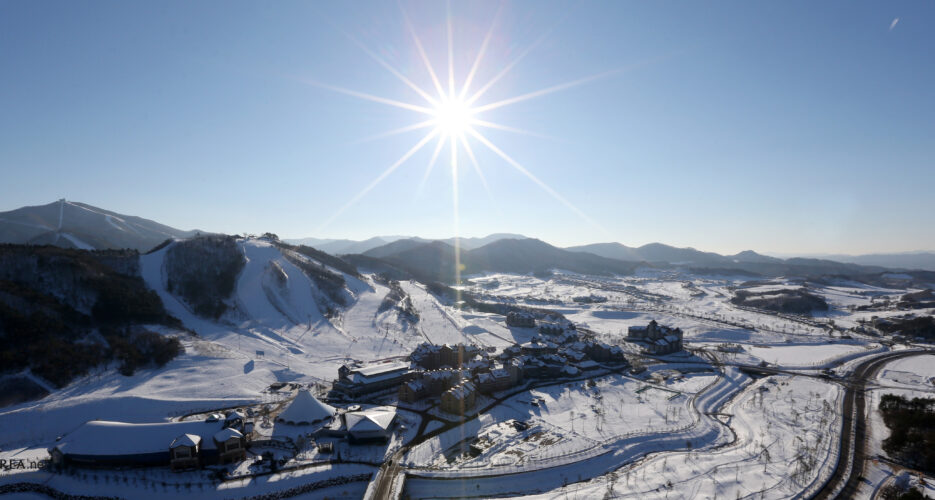 The group will include performance artists, a taekwondo demonstration team, and “high-level” delegation from the North Korean government, among others.

The announcement followed a meeting between chief delegates of both Koreas at the Peace House on the southern side of Panmunjom.

“First of all, North Korea showed its firm willingness and stance to make these talks fruitful and a breakthrough opportunity,” Chun told local media at Panmunjom.

“Regarding this, the North expressed its position to send high-level delegation, members of National Olympic Committee of North Korea, athletes, cheering and artistic squad, spectator, Taekwondo demonstration team and reporters.”

The South Korean delegation has asked the North to organize a “joint parade and joint cheering squad” at the PyeongChang Winter Olympics and Paralympic Games, the vice unification minister said.

The vice unification minister also said the two Koreas have not “explicitly” discussed the issue of resuming the Kaesong Industrial Complex (KIC), which was shuttered in February 2016 in the aftermath of Pyongyang‘s fourth nuclear test.

No proposal on the route for dispatching the delegation to the Winter Olympics has been made, though the North Korean side has told Seoul it will be done “at their convenience.”

Seoul has also proposed the two Koreas hold “Red Cross talks” on the possibility of organizing reunions of families separated by the Korean War.

The reunions would be held on the occasion of the Lunar New Year in February – a national holiday in both Koreas.

A North Korean delegation led by Ri Son Gwon, chairman of the Committee for the Peaceful Reunification of the Country (CPRC), crossed the military demarcation line (MDL) at around 0930 KST and walked to the meeting venue.

Securing North Korean participation in the Pyongchang Olympic Games, which will run from February 5 to 25, was a key campaign pledge of President Moon Jae-in and a longstanding goal of his administration.

In his “Berlin Initiative” speech in July last year, the President reiterated his desire for North Korea to participate in the running of the games, saying the event had the opportunity to be an “Olympics of Peace.”

North Korean leader Kim Jong Un used the occasion of his New Year’s Speech to express Pyongyang’s willingness to send a delegation to the 2018 Winter Olympics.

South Korea and the United States last week announced that they would pause planned joint military drills until after the games have concluded.

The Olympics are scheduled to run from February 5 till February 25 – timing which would not typically crossover with the staging of the U.S.-ROK jointly operated Foal Eagle/Key Resolve military drills, which usually begin at the end of February or beginning of March.

However, the PyeongChang Paralympics are scheduled to be held from March 9-18, which would likely overlap with the planned military drills.

One expert noted the speech at which the two Koreas came to the agreement and suggested the agreement may have been pre-prepared.

“The talks are progressing very smoothly, like the entire negotiations process did ever since Kim Jong Un addressed the Olympics issue in his New Year speech,” Fyodor Tertitskiy, an analyst at NK Pro, said.

“Given Donald Trump’s sudden support for the negotiations, I suspect that the real negations were conducted sometime in 2017 and what we see is mostly a formality shown to the public.”

The issue of family reunions, however, remains more contentious.

In July, Seoul proposed to hold military and Red Cross talks as a follow-up measure to Moon’s Berlin Initiative speech – the North has so far remained unresponsive.

North Korean state media previously ruled out any such event taking place until the South returned 13 “abducted” defectors to the North.

The most recent reunion of divided families was held in October 2015.

Another expert noted that many details would likely still need to be ironed out by the two Koreas.

“They’re keeping vague so the two sides can work it out in the coming weeks,” Andray Abrahamian, a visiting fellow at the CSIS Pacific Forum, told NK News. “I wouldn’t be surprised to see additional cultural/exhibition events tacked on.”

The proposed family reunions, he added, would likely go ahead.

“Pyongyang is very interested in seeming cooperative and easy to deal with for Seoul in this moment.”

North Korea has proposed sending a delegation of officials, athletes, and cultural ambassadors to the PyeongChang Winter Olympics next month, South Korea's vice unification minister Chun Hae-sung said on Tuesday.The group will include performance artists, a taekwondo demonstration team, and "high-level" delegation from the North Korean government, among others.The announcement followed a